Two ingredients and 15 minutes are all you need to make a spicy, full-flavored mustard.

Out of all of the Chinese-American sauces I've made, hot mustard was by far the easiest, yet most fascinating. Just two simple ingredients create a sauce full of flavor with mouth-scorching heat.

So how does this happen? I won't pretend I can pronounce these words or understand the whole science behind it but here's the gist: Mustard has an enzyme called myrosinase which breaks down glucosinolates into isothiocyanates when combined with cold water, producing the characteristic heat of hot mustard. The amount of heat produced in this reaction is dependent on the type of mustard seeds, some being hotter than others.

For this recipe, I tried out two different hot mustard powders—Roland Chinese Hot Mustard Powder and Colman's English Mustard—then tasted them every five to 10 minutes to see how the flavor and heat evolved over time.

Both seemed to reach a peak around 15 minutes after being combined with water. The Roland was the hotter of the two, packing a major heat that had the power to clear even most clogged of sinuses, but the Colman's carried that hefty punch with more flavor to speak of, which, for lack of a better word, was just more mustard-y.

That intense heat can be preserved to some point either by refrigerating the mustard at its peak, or adding a little vinegar to stabilize it, but this mustard is so quick and easy to put together; just equal parts mustard powder and cold water. I'd recommend making as much as you need when you need it and forget about trying to store it. 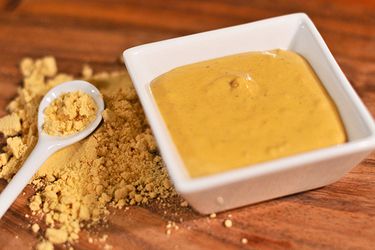 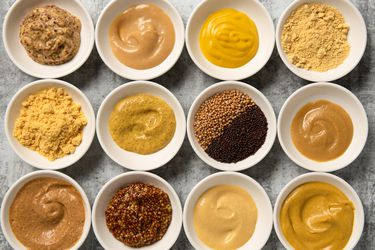