Two locations in Austin and one in Dallas; head to hopdoddy.com for all locations
Cooking Method: Griddled (barely)
Short Order: A good value for the size, but the well-seasoned burgers are dense and bland with no beefy flavor to speak of.
Want Fries With That? Yes, house-cut Kennebec fries are the best thing we tasted. And yes to the cheese sauce.
Price: Classic Cheeseburger, $6.75; Veggie Burger, $8; fries, $2.75/sm, $4.75/lg; cheese fries, $6

A few months back when I was eating my way around Texas, I started asking where to get a great burger in Austin. One name kept coming up, from the Twittersphere and chefs alike: Hopdoddy. The creation of four of Austin's most respected restaurateurs—Larry Foles and Guy Villavaso of Chez Fred and Roaring Fork, and Larry Perdido and Chuck Smith of Moonshine Patio Bar & Grill—the eminently duplicatable and franchisable concept has now expanded to two restaurants in Austin and one in Dallas.

The concept seems like a winner. Beer (the "hop") + burgers (the "doddy," named after a breed of Scottish cow—it's unclear whether this is the breed that makes it into the actual burger), made from extremely fresh ingredients. Buns baked fresh in house. Humanely raised beef ground on-premises. Fresh, crisp veggies. Fries cut in-house. Think of a burger buzz-word, and they've hit it, and all in the $6 to $10 price range per burger.

But we all know that talk is talk and action is action, right? In the case of Hopdoddy, all the buzzwords under the sun didn't help what was a largely disappointed experience. I came away thinking to myself, "I don't get it."

Take a look at the photo on the op of this page and you'll see what arrived at our table a few minutes after ordering. It's a real beut, nearly picture perfect in proportions, glistening with juice, fresh-looking vegetables peeking out from underneath the nicely sized patty. Biting into it tells a different story.

It's not that the Classic Cheeseburger ($6.75) was bad, per se. The meat was juicy enough and the bun (the best part of the set up) was soft, buttery, and perfectly-sized for holding in its innards. Yet the texture was off. Rather than loose and juicy, the patty was tight, with a springy, sausage-like texture. An indication that the meat was either overworked, or worse yet, seasoned prior to grinding or forming the patties, a mistake that can cause an otherwise tender patty to turn rubbery.

The cooking was also off—while the center was shy of the medium-rare we requested (it was still cool red and very rare in the very middle), there was still a thick band of dry overcooked meat around the exterior. This is a reasonable tradeoff to make provided that the well-done exterior comes along with some really great browning to add flavor to the patty. However, no such luck here:

The exterior of the patty showed a really pathetic degree of browning. The vast majority of it was a wan, steamed-gray color with flavor to match. You can be using the finest beef in all the world, but if your burger isn't getting color on it, it's not going to taste beefy.

The fancy-pants cheddar they use is also unsuitable for a good burger. Good burger cheese should melt into all the nooks and crannies of the patty, draping it in goo, melding into one with the meat. If you can peel slice of cheese off of a cooked burger patty completely intact, leaving behind no sign of its existence like it's a sheet of wax paper, then you ought to look for a different cheese. The photo above shows the side of the burger the cheese was melted on, but you wouldn't know from looking at it.

The much lauded veggie burger ($8), here served on an underbaked oat and black sesame bun with pea shoots, arugula, and tomato, was also underwhelming, suffering some of the same basic flaws as the burger—the thing may as well have been steamed, as there was no browning at all on the exterior. The bits and pieces of real vegetables in the patties added some good flavor, but the binder was mushy to the extend that the patty squished out of the sides and back of the burger before we were halfway done.

The experience simply doesn't jive with what we've been told should have been awesome.

Fortunately for our meal, the one bright, shining star in our otherwise dull meal was the fries ($2.75 for small, $4.75 for large, $6 w/ cheese or chili). With an ultra-crisp crunch and steamy, fluffy, potato-y interiors, they're truly stellar, particularly when dipped into the cheese sauce, or better yet, into their great caramel and sea salt milkshakes.

So I ask you, Texas-based Serious Eaters. What am I missing? Was this experience a fluke? Does our particular experience pale (literally) in comparison to the well-browned, flavorful experience you may have had? 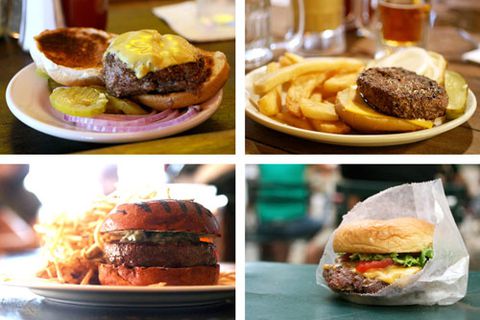 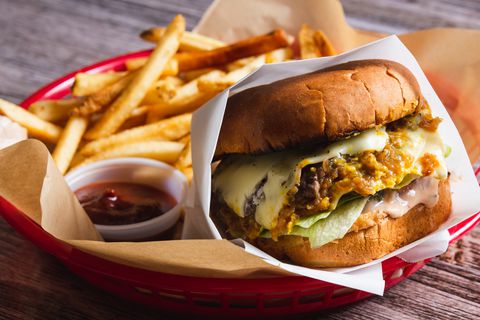 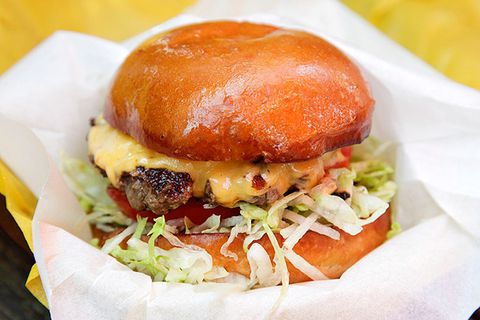 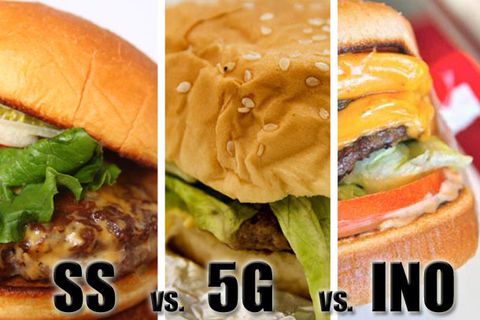 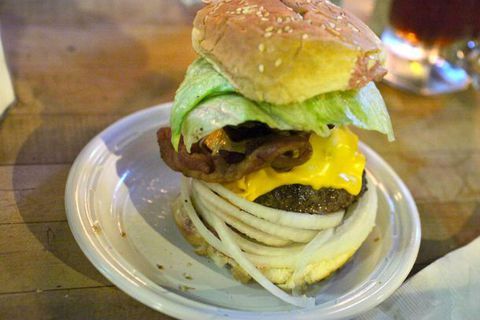 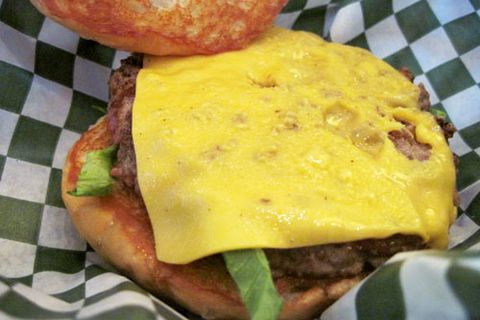 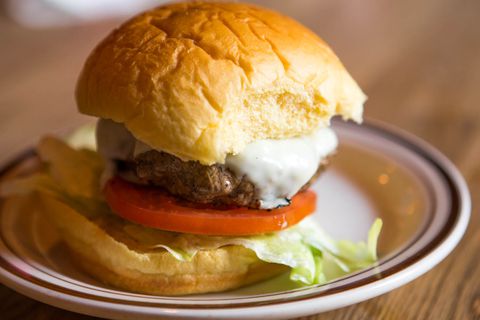 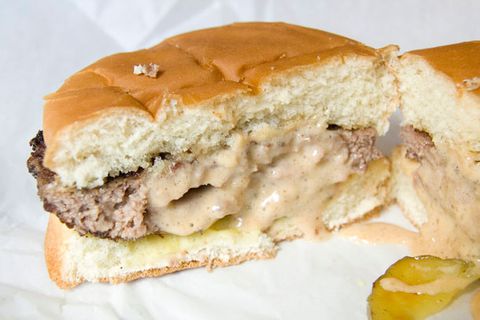 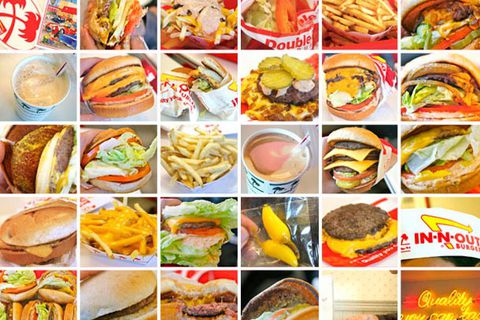 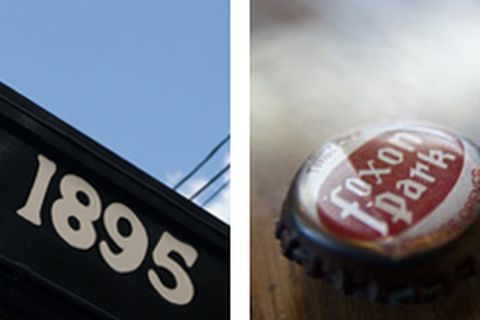 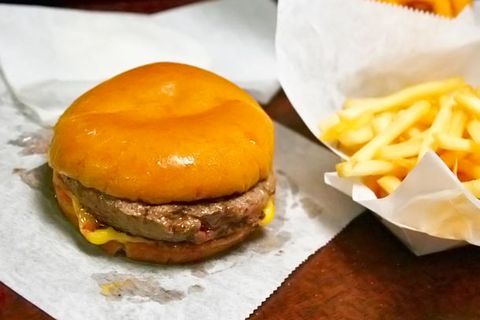 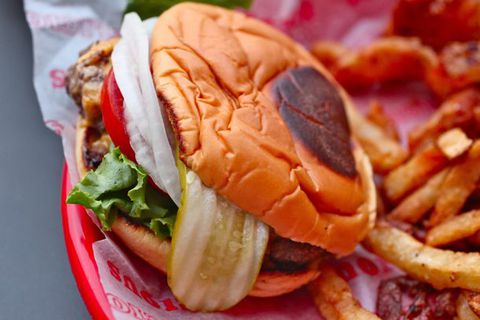 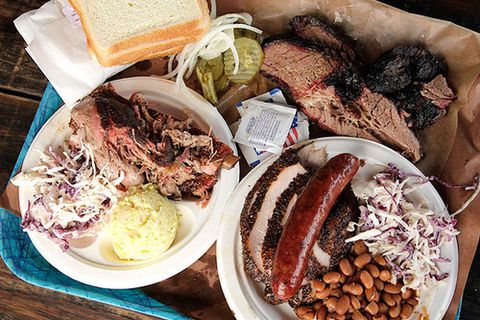