For years I have recommended homebrew ingredient kits to people as great way to homebrew. I'm not talking about a Mr. Beer kit or a homebrew-in-a-box, which can be prone to sitting on the shelf for too long, but a recipe that comes prepackaged by your local or online homebrew shop. A homebrew kit not only saves you the time it takes to research and put together a recipe, but also puts all the ingredients together for you in one simple package.

For all my advocating of these types of products, I recently realized that I had never actually purchased a homebrew kit myself. I am more the type to read up on styles, research successfully recipes, and ultimately come up with something on my own. Well, I couldn't continue to recommend something that I had never tried myself, so it was time for me to pick out a prepackaged homebrew kit for and give it a try.

I ended up choosing a Russian River Blind Pig IPA kit from the online homebrewing site MoreBeer. Blind Pig is a fantastic IPA that I've only had the privilege of trying a few times, since I've never lived in an area where it is distributed. MoreBeer also has many other commercial "clone" recipe kits, including Stone Brewing Co.'s Bitter Chocolate Stout and Firestone Walker Brewing Co.'s Double Barrel Ale. Like most of MoreBeer's offer offerings, the Blind Pig clone comes in either an all-grain version for advanced homebrewers and an extract version that is suitable for brewers of all levels.

When you buy an ingredient kit that is the clone of a commercial beer, your final product might not exactly match the original. A number of variables can affect the final flavor: fermentation temperature and yeast pitching rates, for example, are much easier to control in a large commercial brewery than in a homebrew setup. With proper brewing techniques and careful fermentation control, though, it should be possible to get very close to the beer you want to clone.

My Blind Pig IPA kit arrived in a nice, compact package. All the grain was combined together in a single paper bag, uncrushed as I had requested. At first I was a little annoyed since I couldn't verify the ingredients (the instructions indicated the amount of 2-row, white wheat, carapils and crystal 40L that should have been included), until I remembered that the point of a kit is to let someone else do the boring work for you. I had to let go of my micro-managing tendencies and just focus on the brewing.

One convenient feature is that each hop addition is individually packaged. The 2 ounce Magnum addition is in one sealed bag, the 0.5 ounce Cascade addition is in another and the final Cascade addition was in a third bag. After that there were additional hop packages for dry hopping and package of American Oak Chips that were to be added to the secondary fermentation. This is a nice little time saver, since I often forget to pre-weigh my hop additions and end up scrambling to do it at the last minute.

Even though MoreBeer warns you 3 or 4 times before you checkout, I had somehow neglected to purchase the yeast that goes along with the kit. It's not uncommon for kits like these to leave the yeast out of the package. This way the homebrewer can decide if they want to use a liquid or dry version of the recommended yeast strain. Luckily for me, I try to keep a spare pack of Safale US-05 dry yeast around for brewing emergencies, which is a good substitute for the White Labs WLP001 suggested on the website.

The provided instructions for the all-grain brew were clearly working under the assumption that you've brewed several batches of beer in the past and you don't need a lot of hand holding. They provide the times to add the hops, the estimated original gravity, final bitterness level (in IBUs), estimated alcohol by volume and suggested fermentation temperature. They did not suggest a mash temperature, which is a pretty important variable for an all-grain brewer, so I just went with my standard IPA mash temperature of 152°F.

On brewday I followed the instructions to the letter, and everything went very smoothly. The pre-weighed grain and hops really did save me time and helped streamline the brewing process. I ended up with an original gravity of 1.071, which was close enough to their estimated 1.069. The only unfortunate event was that we had a string of unexpectedly warm days, and I ended up fermenting at 70°F instead of their suggested 69°F, which is already at the high end of my usual fermentation temperature target. But I continued on with the dry hopping and the oaking, hoping that the huge amounts of hops used in the beer would drown out many of the unwanted esters that may have been produced.

"This beer is an American IPA lover's dream"

After two weeks in primary fermentation and 10 days with dry hops and oak, I transferred the homebrew to a keg. Instead of using the provided corn sugar to carbonate, I used my regular method of force carbonating with CO2, and a week later it was ready to drink. The spicy and citrus aromas are the first thing I noticed, but only briefly before the intense bitterness overwhelmed my palate. This beer is an American IPA lover's dream, with a malt character that is noticeable at most, and a hop punch that you will still be tasting an hour later. The fruity flavors in my version of the brew are probably a little more pronounced than they were intended due to my higher fermentation temperatures, but they don't detract from the overall deliciousness of the beer.

So, my ingredient kit experiment was a success, and I'll continue to recommend brewing with a quality kit. It's still fun to write recipes and experiment, but sometimes it's nice to let someone else deal with the details. 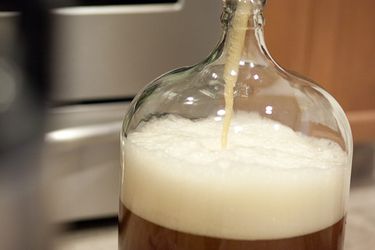 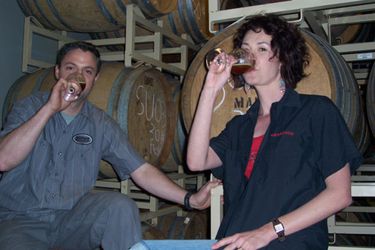 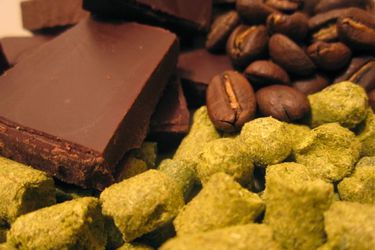 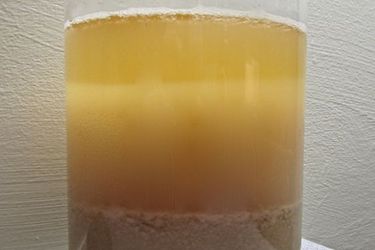 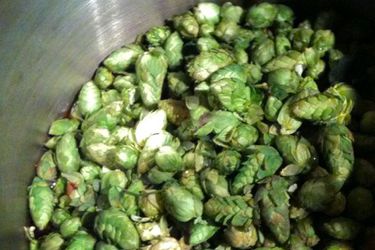