Troubleshooting: Head Retention and Carbonation »
How to Dry Hop Your Beer »
How to Make A Yeast Starter »
Identifying Off-Aromas in Beer »

Making the jump from extract brewing to all-grain brewing can be daunting. There is all new terminology to learn, a seemingly an endless supply of expensive equipment, and more science than most of us have done since high school. But the truth is, starting out in all-grain brewing doesn't really have to be hard or expensive.

In the upcoming weeks, we're going to be looking at a few great all-grain recipes that can be made with simply a larger kettle, a big mesh bag, and the same basic equipment setup you already use for brewing extract-style homebrew.

Before we jump into recipes, we need to look at the biggest difference between brewing an extract beer and an all-grain beer. All the sugar in liquid or dry malt extract has been extracted from base malts. After the malt has been processed, it's condensed into a form that's easy to package and work with. When making an all-grain style recipe, the sugar extraction step is done by the homebrewer through a process called mashing. Mashing gives the homebrewer complete control over the type of sugar that is extracted and gives more flexibility with the varieties of grain that can be used.

Mashing simply means to combine crushed grain with hot water at a ratio of around 1.25 quarts per pound of grain. The grain will soak for about an hour, and then the liquid will be drained from the grain. Once the liquid is separated from the grain, you can proceed with your brew day in the same way you would an extract batch. While it sounds trivial, beneath the surface of that simple grain and water mixture is a myriad of complex chemical processes that produce fermentable wort.

Enzymes are proteins that speed up chemical processes. Mashing activates enzymes that naturally exist in the base malts. A wide variety of enzymes are present in base malt, and each one facilitates a different chemical process. The most useful enzymes for homebrewers are the ones that break down complex carbohydrates into simple sugars for the yeast to eat. Other enzymes in the mash will help eliminate proteins that cause haze, and some will produce nitrogen compounds that aid in yeast health during fermentation.

"Different enzymes will activate and deactivate depending on the temperature and pH of the mash."

Different enzymes will activate and deactivate depending on the temperature and pH of the mash. For the homebrewer just getting into all-grain style recipes, controlling the mash pH is not as big of a concern as controlling temperature. Mixing the right proportions of grain and hot water on a homebrewing scale naturally produces a pH that is between 5.1 and 5.5, which is ideal for the enzymes we want to activate. Testing the pH is as simple as picking up inexpensive testing strips from your homebrew shop. Remove a small ladle of liquid from the mash after it has been thoroughly mixed and immerse the testing strip for the length of time listed on the package.

When first venturing into the world of mashing and all-grain brewing, proper mash temperature can be very difficult to achieve. While it's always great to strive for perfection, my rule of thumb for people just starting out is "Close is good enough". If the thermometer in your mash is reading within 5°F of your target, you have nothing to worry about. The thermometer was not even used in commercial brewing until at least the late 1700's, and widespread use didn't happen until much later. Prior to that, it was impossible for brewers to know exactly what temperature their mash was at, and presumably they were made able to make decent beer. You should always try to hit the proper mash temperature, but don't stress out if you miss it.

After the mash sits for about an hour, the next step is to stop all enzymes from working. Homebrewers usually accomplish this by adding hotter water to increase the mash temperature to 170°F. At this temperature, all enzymatic activity is stopped, and the sugar that was produced begins to flow freely like honey in the microwave. This step is called the mashout. The temperature shouldn't exceed 170°F, otherwise unpleasant tannins from the grain will leach into the wort.

Lautering is a brewing term for draining the liquid wort out of the grain. There is a lot of different homebrewing equipment that will help you with lautering, ranging from pre-made heavy strainers to a do-it-yourself braided hose for the more crafty homebrewers. The first recipes we'll be looking at will use the simplest and cheapest method of lautering, called the brew-in-a-bag method. After the the wort is separated from the grain, the brew day proceeds in the same way as when you brew with an extract-style recipe.

Next week we'll put the mash to work brewing an excellent all-grain English Mild Ale. We'll see you back here then! 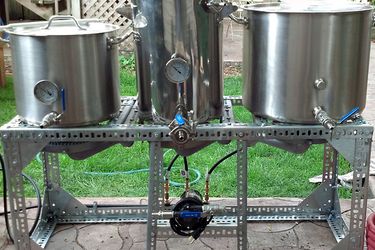 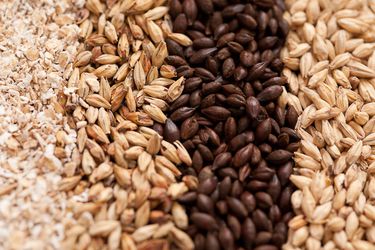 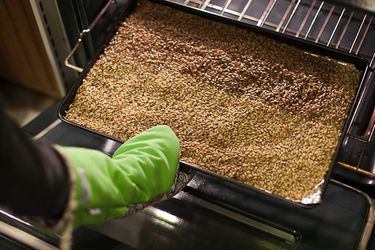