I have a favorite Italian restaurant in Minnesota. They specialize in handmade pastas tossed before your salivating gaze with delicious ingredients in a million different permutations. Each time I go, I think, "I could make this at home. I know most of the ingredients and I watched them put it all together. I got this."

But I don't. The pasta I make at home is tasty and closely resembles the restaurant dish, but invariably it misses the mark. Too little butter, too much vermouth, overcooked pea tendrils, undercrisped prosciutto. Something is always different, but I still keep trying because I like the challenge—and I like to eat the attempts.

Just like with the pasta, you can increase your odds of success as a homebrewer by filling in the gaps in your pantry and your arsenal of techniques. For the pasta, you might chat up the cooks and splurge for the best ingredients. You could even take a cooking class to bone up on technique. Below, I will show you some of the steps you can take to brew your favorite commercial beer at home. It won't be perfect, but it will be darn close.

In order to figure out how a commercial beer is made, you need to be able to pick out its flavors and aromas—you'll need to be a bit of a detective. Can you smell and/or taste the base malt? Is it pale, bready, toasty, subtle, or strong? See if you can detect any specialty malts: do you smell caramel? Anything roasty? How much hoppy bitterness is there? Can you smell or taste distinctive hops flavors like citrus, pine, spice, or mint? What about yeast? Is it fruity? Sour? Do you think there could be any oak, smoke, coffee, or fruit? What is the mouthfeel like? Is it smooth, effervescent, full, or dry? Is there alcohol heat?

In order to hone your tasting skills, it can be helpful to taste a beer alongside a beer judge who can help identify specific flavors. Or give yourself a leg up and try tasting beers for which you know the ingredients, like your homebrew. Can you identify each part of the recipe? Consider brewing single-malt, single-hop (SMaSH) beers specifically to get to know the ingredients, or taste your way through the single-hop, single-malt, or yeast brews from Mikkeller.

Glean all that you can from information provided publicly by the brewer. Check out the brewery's website and blog to look for details. If a brewer claims a beer is a pilsner, you can bet there is Pilsen malt, noble hops, and lager yeast. Northwest Pale Ale? Pale ale 2-row, crystal malt, plentiful Northwest hops, and clean ale yeast. The level of alcohol is usually printed on the bottle, but brewers often have other useful numbers posted on their website, such as original gravity, fermentation temperature, lagering time and conditions, and sometimes even mash temperatures. They often post a rough outline of ingredients, but this is usually so vague it's of little use except to give a hint about hops varieties.

"You may find that once you express enthusiasm for the brewery and the beer, you might learn much more than you'd hoped."

Once you have exhausted the public information, try getting more details from the head brewer. If you can find them, head brewers of micro and nanobreweries can be tremendous fonts of information. Brewers like to talk about their craft, and if you're friendly, you may find that once you express enthusiasm for the brewery and the beer, you might learn much more than you'd hoped.

Be sure to do your research elsewhere on the internet, too. Scour homebrew forums for insights into specific beers. You may find information posted by someone who talked to the head brewer and learned something different than you. Many clone recipes are available online, often with tasting notes comparing the clone to the commercial beer. Sometimes, a brewery will even post a clone recipe online or in a brewing magazine.

One last thing a brewer can give you is yeast. Most breweries have proprietary yeast strains, so they won't tell you what strain they have. (Regardless, the information wouldn't be that helpful, because many strains exist only within the walls of single breweries. Look to Belgium for extreme examples.) However, some small breweries will give you a sample of their yeast. When you go for a tour, simply bring along a sanitized mason jar with lid and ask if you can bring home some yeast. Some places will ask you to return during the week when they are brewing more actively. Some will refuse. But most small brewers were recently homebrewers and are sympathetic and generous. Respect the gift and don't give it away to potential competitors.

When you have learned all that you can about the beer you want to clone, the next thing is to try making it. Be mindful of each step of the process. Take detailed notes on ingredients, techniques, and unexpected events. When your first attempt does not measure up—and it won't—you'll want careful records so that you can change just one or two things and keep the rest of the process constant. If you are inconsistent in technique from batch to batch, you won't know if differences in flavor are from changes in the recipe or changes in your technique. Be precise and be diligent in order to minimize differences between batches. Taste with attention and care. Take notes. Repeat.

Have you ever cloned a beer? Which one(s)? Which beer(s) would you like to clone? Let us know in the comments! 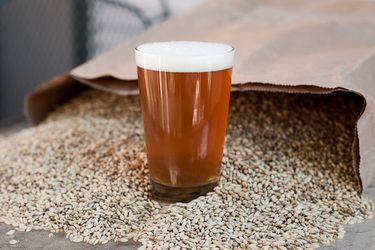 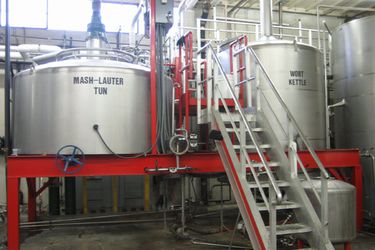