In the mid-19th century, America's commercial bakeries graduated from a cottage industry focused on simple crackers to the more formal factories we know today, producing a range of fancy biscuits, cookies, and other "dainty goods" (as they were known in the trade). It was during this time that brothers Jacob and Joseph Loose bought a controlling interest in the Corle Cracker and Confectionery Company, down in Kansas City, Missouri.

Guided by Jacob's expansionist philosophy, the newly named Loose Brothers Manufacturing became a multimillion-dollar business within a few years. But Jacob didn't see the sense in competing with his fellow bakers in the Midwest when they could all benefit from joining forces as a corporation. So, in 1890, he hired a big-city lawyer named Adolphus Green to oversee the negotiations and paperwork needed to wrangle everyone together. The moment the ink dried, the American Biscuit and Manufacturing Company became the second-largest corporate bakery in America. Naturally, Jacob named himself president, then appointed Joseph to the board of directors and Adolphus to general counsel.

On the national stage, American Biscuit fell between the New York Biscuit Company and the United States Baking Company. For the next seven years, the trio duked it out in a competition so fierce, reporters called it "the biscuit war." The battle took its toll, and, in 1897, poor health forced Jacob to step down as president.

That put Joseph in control, and he'd seen enough war. He decided to end the biscuit battle and make peace, or profit, at least. With Adolphus Green's legal savvy, ABC entered into an agreement with NYBC and USBC. Jacob fiercely opposed the alphabet-soup merger from his sickbed, and he begged Joseph not to go through with it, but alas: His two most bitter enemies gobbled up American Biscuit, creating the super-giant National Biscuit Company (Na. Bis. Co.). On its board of directors: three of Jacob's former board members, his former lawyer, his treasurer, and his own brother.

So you'll understand that when Jacob recovered his health, he had something of an ax to grind. From his perspective, the National Biscuit Company was resting on his laurels. In 1902, he teamed up with John Wiles to form the Loose-Wiles Biscuit Company. Setting out to reclaim all that was lost, Jacob pushed his new company through a decade of exponential growth, until he once again had one of the largest corporate bakeries in America, second only to Nabisco—but a distant second. In 1912, Nabisco made $45 million to Loose-Wiles's $12 million. To make matters worse, his old pal Adolphus had worked his way up to president.

Yet Jacob's success demanded attention. With headlines such as "Exchange National for Loose-Wiles?" suggesting the National Biscuit Company had already peaked on the New York Stock Exchange, shares of Loose-Wiles seemed to offer nothing but growth. The popularity of Jacob's company hinged in no small part on one biscuit, a best-seller so in demand that groceries bought it by the ton. A little something called Hydrox.

Hydrox was an instant classic, a national favorite and an ice cream parlor staple, the original pairing of cookies and cream. Bitter chocolate shortbread joined with sweet vanilla fondant gave Hydrox a mighty crunch that put Nabisco's dainty Sugar Wafers to shame. Loose-Wiles advertised Hydrox as "a dessert of itself," but it looked like a work of art. Each wafer had a scalloped edge, a border of scrollwork, and six seven-petaled flowers chained together by leaves and stems, with a laurel wreath at their heart.

Whether through coincidence or spite, Nabisco unveiled the Oreo on Loose-Wiles's 10th anniversary. The clone advertised "two chocolate-flavored wafers with a rich, creamy filling," competing directly against Hydrox's "two chocolate wafers filled with sweet vanilla cream." Oreo couldn't match the detail of the Hydrox design, but it imitated what mattered most: the laurel wreath.

That swipe went deeper than copycat aesthetics, straight to the heart of Oreo's darkest mystery: its name. Nabisco has always shied away from explaining its origin, which inspired decades of speculation. The most common version asserts that Oreo derives from or, French for "gold" and supposedly the color of the original packaging. Others say it stands for "orexigenic," a medical term for substances that stimulate the appetite (including cannabis). Another popular explanation proposes an elaborate symbolic scheme, wherein the two Os in "Oreo" represent cookies sandwiching cREam in the middle, a theory that makes more sense if you put on a tinfoil hat.

But consider the roster of Nabisco's fancy biscuits in 1913: Avena, Lotus, Helicon, Zephyrette, Zaytona, Anola, Ramona, and Oreo. It seems like a random collection of exotic names, but I noticed a pattern. Avena is Latin for "oats," and we all know the famous lotus blossom. "Helicon" comes from Heliconia, a genus of flower native to Florida. "Zephyrette" matches with Zephyranthes, the genus of the tropical lily. Zaytona is Arabic for "olive," "Anola" was shortened from "canola" (one of its defining ingredients), and ramona is in the buttercup family (buttercups dotted each box). Someone at Nabisco clearly had a thing for botany, and to understand Oreo, you don't have to look any further than the mountain laurel on every Hydrox—Oreodaphne. It was a copycat in every way.

For a time, Hydrox remained the "King of Biscuits," and one of the most widely consumed cookies in America. Despite what you hear today, Oreo didn't have much initial success. Groceries struggled to entice customers away from Hydrox, and advertisements tied Oreos to sales on other Nabisco products to help unload their inventory. In 1914, one store found itself with a 700-tin stockpile that refused to budge, so they slashed the price and berated their customers: "Yesterday we advertised those splendid Oreos and they were a great bargain. While we sold a few, they didn't move anything like we expected. It's simply a case of your not knowing what a fine biscuit delicacy they are."

Meanwhile, Loose-Wiles took a more diplomatic approach. In 1924, the company partnered with the Union of Orthodox Jewish Congregations of America (OU) to create the country's first kosher-certification program. The OU seal fostered tremendous support for Hydrox within the Jewish community. Twenty years later, Oreo didn't even make it onto a list of Nabisco's most popular products, much less one worth the expense of certification.

Whatever success it amassed in those early years, though, it's hard to see Hydrox as anything other than the Titanic. Despite its craftsmanship, beauty, and popular appeal, it harbored a fatal flaw. When Hydrox debuted in 1908, its pseudoscientific name (hydrogen + oxygen) was common to all manner of goods, from Hydrox Aerated Table Water to Hydrox Ice Cream and Hydrox Ginger Ale. Cashing in on the Hydrox fad gave Loose-Wiles a bit of street cred, but it later meant they couldn't defend their brand in court. Eventually, the number of random Hydrox products on the market stained the word with an inescapably generic vibe, and an icky one at that, as chemical companies in particular took a shine to the term.

Loose-Wiles realized they had an image problem, but instead of renaming Hydrox, they renamed the company: Sunshine Biscuits. Admittedly, "Loose-Wiles" sounds like the sort of insult parents throw at the cigarette-smoking neighbor kid ("In my day, we didn't tolerate those types of loose wiles!"), but "Sunshine" didn't put Hydrox in a more appetizing light.

A decent PR team could have turned things around, but Sunshine's advertisements took a weird, curmudgeonly tone. From 1915 to 1965, Hydrox seemed hell-bent on exposing Oreo as an impostor, even going so far as advertising a tiny bear cub literally crying over stolen cookies. They relentlessly billed Hydrox as the "first," the "finest," the "original," the "only," and the "classic," shaking a finger at America: "Don't be fooled by look-alikes!"

They might as well have told Oreos to get off their lawn. That cranky campaign did nothing to win anyone's heart. Consumers wanted a tasty treat, and Oreo offered exactly that, with happy, colorful advertisements about crisp, chocolaty sandwich cookies crammed with more filling than any other brand. Nabisco had the stamina and financial resources to sell Oreos at a loss. In the mid-1950s, the rope-a-dope strategy paid off when Nabisco sprang into action with a completely redesigned cookie and a snazzy campaign for "new Oreos." Simultaneously, they jacked up the price—reverse psychology at its finest. Americans didn't flock to the suddenly affordable Hydrox; they shunned it as cheap in every sense of the word—the kind of low-budget, fuddy-duddy knockoff favored by penny-pinching grandpas. Indeed, by the 1960s, grandpas were just about the only ones who could remember the glory days of Hydrox.

The lights went out at Sunshine shortly thereafter, and the Hydrox brand bounced around the industry like a third-string baseball player, first sold to the American Tobacco Company, then resold to G. F. Industries, Keebler, and later Kellogg's, which formally pulled the plug. In something straight out of a Greek tragedy, Kellogg's returned Hydrox to production for the sole purpose of crushing them into bits for the wholesale market, supplying manufacturers who can't afford a license from Oreo. With Hydrox dead* and buried in off-brand ice cream, Oreo celebrated its 100th birthday as the uncontested king of cookies.

*Alas, the recent Hydrox comeback occurred after BraveTart was sent off to print.

If opposites attract, Oreos generate a force nothing short of gravitational. Black and white. Creamy and crunchy. Bitter and sweet. Chocolate and vanilla. Recent years have sadly added "natural and artificial" to the list, but we can make like Jacob Loose and reclaim what's been lost by striking out on our own.

This post is reprinted from my newly released cookbook, BraveTart: Iconic American Desserts, with permission from W. W. Norton. For all notes and citations on this article, see page 209 in the book. 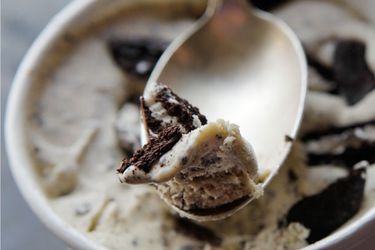 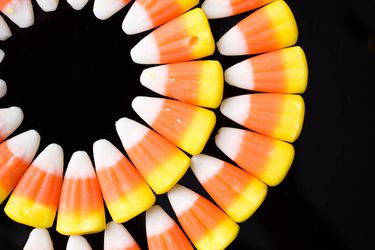