The tomato plant, Solanum lycopersicum, is a member of the nightshade family. It contains alkaloids once thought to be poisonous (the leaves and stems are), and eating the fruit was believed to turn your blood to acid. The plant originated in the South American Andes and was first cultivated in Mexico, but it wasn't until dramatic, public displays of tomato eating took place void of death that the tomato began its farm to table journey. That was over half a millennia ago. Soon after, Spanish colonization spread across the Americas and the idea of the tomato as food went with it.

Now the spheres are in kitchens around the world, as common an ingredient as salt, but the new millennium has seen a rise in lumpy, multicolored tomato varieties—a far cry from the factory-farmed beefsteak standard that took over American kitchens in the second half of the 20th century.

These ugly ducklings have a name of their own—heirloom—and often command prices several times that of conventional tomatoes, all with a claim of better, more unique flavor and rustic farmstead origin. But do they really justify their higher cost? And what does "heirloom" even mean?

The short answer: "heirloom" is a botanical classification, no more, no less. No one denies the superior flavor of locally grown, seasonal produce, but buying an heirloom tomato doesn't guarantee you'll get that flavor upgrade.

"Heirloom" entered the culinary lexicon in the 1940s. In 1981, Kent Whealy, co-founder of Seed Savers Exchange, first used the word in relation to plants. The Exchange, founded in 1975, is a non-profit member-supported organization dedicated to conserving and promoting the American garden through seed saving.

Steve Carlsson is the Communications Coordinator. "Heirloom are open-pollinated varieties," he explained in an email, "that are grown, saved, and shared within a family or community group. What makes a tomato an heirloom," he wrote, "is its history of being grown and passed on in a specific family or region for a long period of time."

At Eckerton Hill Farm in Berks County, Pennsylvania, Tim Stark farms over 100 varieties of heirloom tomatoes and peppers. He was driving his Hino truck over the open roads there when he defined heirlooms to me through his Bluetooth. "An heirloom tomato," he said, "is a variety that hasn't been cross-pollinated." Cross-pollinated tomatoes are called hybrids instead.

The Birds and the Bees

Pollination is the process by which pollen is transferred from the male part of a plant to the female part. It's how plants reproduce, and where the fundamental difference between heirlooms and hybrids lies.

In open-pollinated plants, like heirlooms, pollination happens naturally, by birds, insects, or wind etc. In cross-pollinated plants, like hybrids, pollen is intentionally delivered from one plant to another, often by hand, so the offspring carry the best traits of the two parents. "Generally," Carlsson explained, "hybrid tomatoes are bred to make it easier for commercial production." Carlsson added that hybrids "are sometimes bred to produce more fruits per plant, fruits that have thick skins that won't bruise when picking, packaging, and shipping, and for resisting certain diseases or pests etc." These practices were worked into farms across the country after the Second World War, when a boom in industrial farming gave rise to commercial production.

Rise of the Hybrid Tomato

After World War II, the means to produce military machinery still existed, but the need for tanks, aircrafts, and ammunition didn't. Factories began turning out farm equipment and efficient machines replaced human labor. Farm yields skyrocketed and farmers started to specialize in growing a single crop across their fields. The age of the monoculture was born.

Simultaneous advancements in refrigeration and transportation technologies meant that, for the first time, consumers could buy tomatoes from farther than a couple postal codes away. As the national tomato market grew, farmers bred more durable tomatoes that could withstand the rough ride of cross-country shipping. But durability comes at the expense of flavor; that unbearably ripe, ready to burst tomato you love? It barely survives a trip home from the market, let alone a national shipping route.

Supermarket tomatoes are often picked green and hard, shipped across the country, and sprayed with high concentrations of ethylene gas. Ethylene is a naturally occurring plant hormone that causes fruits to ripen. Because it can be used to synthesize the process, it has become the most commonly used compound in the chemical and agriculture industries. "To fall for them," Stark wrote for the Washington Post of ethylene-sprayed tomatoes, "is a bit like talking dirty on the telephone for $3.99 a minute. You pay a lot of money, and still you don't get the real thing."

Not ready to give up the real taste of tomatoes to the blandifying forces of industry, farmers like Stark started a revival: growing open pollinated tomatoes grown with flavor, not durability, as their chief priority. The tomatoes became so successful that larger farms started growing them en masse. And therein lies the problem: consumers put a lot of blind faith in heirlooms. But heirloom is not a guarantee of higher quality.

Like Stark said, "Most people who grow heirlooms are going to work on the quality, but a tomato is only as good as the soil it's grown in." If the soil's great and the farmer knows what they're doing, the tomato—heirloom and hybrid—will be too. But if an heirloom tomato is grown the same way any other supermarket tomato is grown—and many are—it'll taste just as bland and mealy.

Just as there are well-grown heirlooms, there are also plenty of well-grown hybrids. Farmers can and do produce hybrids with the same attention to detail and care for the land that's often only associated with heirlooms. "There are people out here in the country," Stark told me, "that say an heirloom still can't beat a beefsteak tomato."

Some consumers believe that heirlooms are only a crop of antiquity. "A lot of them are," Stark told me, "but some of them aren't," he added matter-of-factly, then went on to tell me about Tom Wagner and his Green Zebra, a variety that was only introduced 30 years ago.

"Heirlooms are consistently produced with flavor in mind, but that doesn't mean that particular flavor is superior to a hybrid grown with care by a local farmer."

"Most often, a family heirloom tomato has been hand selected for desirable traits for many decades," Carlsson said. "If you choose the healthiest, most flavorful fruits to save seeds from each year, those traits will be passed along to the next generation." Heirlooms are consistently produced with flavor in mind, but that doesn't mean that particular flavor is superior to a hybrid grown with care by a local farmer.

Why Are Heirlooms So Expensive?

"Hybrids are bred to withstand more handling and have thicker skin," wrote Ron Binaghi, a fifth-generation farmer at Stokes Farm, a 17-acre farm in New Jersey that's sold produce in New York City since the first Greenmarket there in 1976. "We do not throw out too many [hybrids] at all, and they produce more fruit per plant, so the economic benefits are obvious."

Because heirlooms are far less durable than hybrids, farmers see a significant amount of loss. From Binaghi's perspective, growing heirlooms seems a daunting task. "For every heirloom you pick," he said, "you throw out about three more." "Some [heirlooms] are tossed in the field," Binaghi said, "and others don't make it to market due to shifting in the box." But hybrids can survive for days after they're picked because they've been bred that way. Heirlooms suffer a shorter shelf life. And due to a varying degree of growth and maturity within the heirloom species, heirloom tomatoes are usually harvested by hand. The faster, more efficient mechanical techniques are too harsh for delicate heirlooms.

Bringing an heirloom from farm to table is more labor intensive and time consuming. Heirlooms need to be monitored with tighter scrutiny, which takes up more of the farmer's time. A farmer needs to be an expert on their crops, and the added knowledge taken into the field contributes to cost. Often that knowledge, like the heirloom itself, is passed down from generation to generation. Call it a legacy cost, "By growing and eating heirloom tomatoes," Carlsson says, "you are preserving the history behind the variety as well."

How to Pick the Perfect Heirloom

One of the biggest blows heirlooms suffer is the uninformed, handsy consumer. "They squeeze them," Binaghi wrote, "actually touch them to their nose and mouth to sniff and then put them down." I imagined his face was the color of a ripe beefsteak as he continued, "After every one is handled they start back at tomato number one and go again," he wrote. So what's the big deal? "We throw away about 75 pounds every market day due to this problem."

Binaghi says, "The best way to pick is to ask the grower to pick them for you. Tell them when you plan on eating them and what sizes are good," he added. "We know how to pick tomatoes and we know how to handle them."

For farmers, too many variables make growing heirlooms commercially an unsafe bet. "It's a harder deal for farmers to sell heirlooms to big grocery chains," Stark says, "because it might be a week to get to the shelf, and that's too late for the heirloom."

Stark's Eckerton Hill Farm is a two-and-a-half hour drive from New York City. "We manage to sell all of our tomatoes within a day or two of picking them," Stark told me. He brings in hybrids too, but of the 40,000 tomatoes he estimates producing this year, only two or three thousand of those will be hybrids. Heirlooms have cast a shadow over hybrids, but a properly grown tomato in any shape or form is the best part of summer. And, this year, it's only just begun.

"I'm selling now more than I ever have," Stark said. "Every year, more and more people are interested in farmers markets, CSAs, and growing their own garden. If I didn't have a way of doing that, it wouldn't be worth it." The window went down and wind blew into his Bluetooth. "Nothing's worse than having a field of tomatoes you can't sell." 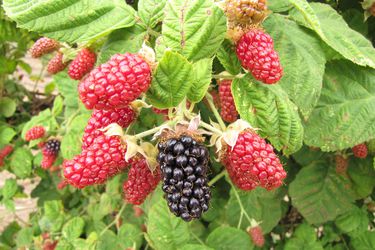 Marionberries: What They Are, How They’re Grown, and Why They’re So Prized 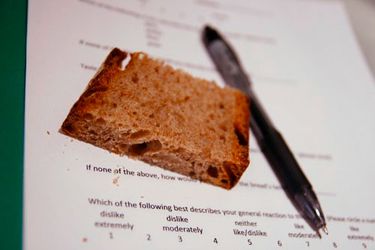 Are Heirloom Wheat Varieties the Next Big Baking Trend? 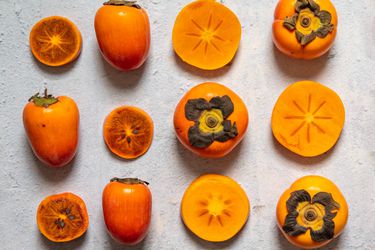 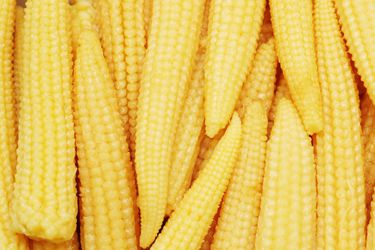 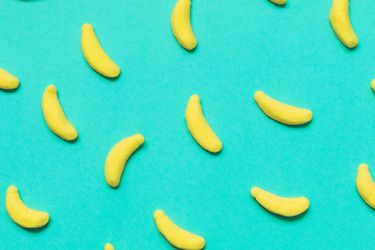 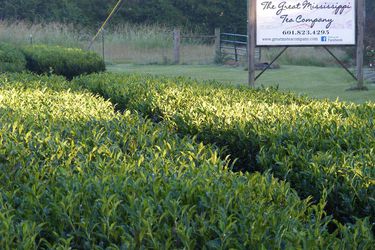 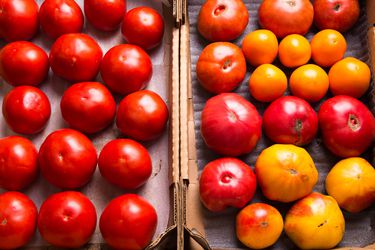