When you start looking through vintage cocktail books, one thing you'll quickly notice are the names of obscure ingredients—products with names like Caperitif and Hercules. And if you're anything like me, you're curious about these products. What were they? What do (or did) they taste like?

Other ingredients are not merely obscure: they're defunct. For whatever reason, they're no longer made. You might find bottles on eBay, at estate sales or flea markets, or in your grandparents' attic.

I'll start with bitters and move on to liqueurs and cordials. I would love at some point to delve into the history of defunct spirits (whiskies, gins, genevers, and rums, for example), but there are probably hundreds of such brands, so we'll leave that for another time.

I'm starting with bitters because, man, there are a lot of defunct bitters brands. Some died thanks to Prohibition. Others held on but went kaput later in the 20th century. Several of the modern bitters upstarts are recreating some of these styles.

Abbott's: Produced in Baltimore until about 1950. Abbot's was once a premier brand of bitters, used about as commonly as Angostura is today. Bottles of it still sometimes turn up for sale, and with vintage bottles in hand, some people have tried re-creating the original formula, including the chemist-bartender Darcy O'Neil and Tempus Fugit Spirits. (Incidentally, O'Neil and Tempus Fugit are in the midst of a trademark dispute over the Abbott's name. Here's Darcy's take. If Tempus has issued a public explanation, I haven't seen it.)

Boker's: Produced in New York, this brand doesn't appear to have lasted into the 20th century, let alone past Prohibition. Boker's had a unique cardamom flavor, which a Scottish bartender, Adam Elmegirab, has reproduced in his re-creation of Boker's.

Hostetter's: Produced in Pittsburgh, Hostetter's started in the mid-1800s and survived into the early 20th century. Along with Stoughton, it was among the first bitters used in cocktails. I'm unaware of any modern reproductions. A 1912 recipe called for calamus, orange peel, cinchona bark, gentian root, calumba root, rhubarb root, cinnamon, and cloves, although I'm not sure how close that recipe replicates the original.

Khoosh: A British brand, never imported into the United States. The cocktail writer Ted Haigh apparently once uncovered a full bottle of Koosh, and Adam Elmegirab apparently has another. Barring a professional analysis of the contents, no one seems to know exactly what the flavor profile was. The brand was sold in Europe after the end of American Prohibition, but I'm not sure when it went defunct.

Secrestat: A French brand of bitters with an herbal profile. Secrestat wasn't a cocktail bitters; it was a gentian-based aperitif. That is, it wasn't meant to be dashed into drinks; it was meant to be sipped on its own, prior to a meal.

Stoughton: Perhaps the oldest cocktail bitters known, Stoughton dates back to 1712 England, but it didn't survive the 19th century. Stoughton started like many other bitters: as a stomach tonic. Recreations of the Stoughton recipe generally call for wormwood, orange peel, gentian, and rhubarb. I'm unaware of any modern replicas.

Caperitif was a wine-based quinquina, similar to Lillet Blanc. It was manufactured in Cape Town, South Africa. The company that produced it is out of business. I for one believe the booze market can bear more products like this, so this one grieves me.

Carypton was produced by Angostura in Trinidad, prior to Prohibition. Carypton was basically a boozy falernum: rum, lime, sugar, and herbs and other flavorings. Sounds tasty to me.

Forbidden Fruit was a liqueur made from pomelos, a fruit similar to a grapefruit, but sweeter and less acidic. Forbidden Fruit was packaged in a globe-shaped bottle identical to that of Chambord, made by the same company. Rob Cooper, who introduced St.-Germain elderflower liqueur to the United States, was working on a resurrected version of Forbidden Fruit, but I haven't heard anything of it in a few years. Does anyone know more?

Hercules. Now here's an interesting story. The Savoy Cocktail Book lists several recipes that call for Hercules. But what, exactly, was Hercules? Answering that question has been a—oh, forgive me—a Herculean task. Erik Ellestad, in his Stomping Through the Savoy project, tried every cocktail in the Savoy, even the ones that sucked. One challenge he faced was trying to determine just what the heck Hercules was. For starters, bottles of the stuff seem to be nearly impossible to find, so tasting or analyzing it is out of the question. For a long time, cocktail geeks argued that Hercules was an absinthe substitute. Then, by finding old advertisements, which ran in papers and magazines at around the time the Savoy was published, Ellestad and others reached the conclusion that it was a red-wine aperitif, similar to vermouth, but spiced with yerba maté and other (unknown) herbs. Maté, incidentally, tastes a bit like green tea and contains caffeine, so any cocktails made with Hercules would have carried a mild jolt. No one, to my knowledge, has attempted a commercial resurrection of Hercules, although Ellestad has shared recipes. I should note, though, that Erik has never tried the original, and he's not even trying to duplicate it. What Erik's trying to achieve is a tasty maté-infused aperitif, one that sips well on its own but also works in the Savoy cocktails.

Jamaica Ginger: Finally, we come to an ingredient that pretty much everyone agrees should remain defunct. Meant originally as an antispasmotic, Jamaica Ginger (also known as Ginger Jake) was sold in the United States as a patent medicine. But since it contained 70-80% alcohol by weight, it was also a popular way to circumvent Prohibition laws. The Treasury Department required that Jake be adulterated to make it unpalatable for drinking. Eventually, the adulterant was a plasticizer that also turned out to be a neurotoxin. By the end of Prohibition, Jake drinkers had started to lose control of their extremities, resulting in a shuffling gait that became known as Jake Walk. The affliction even inspired popular music, such as Asa Martin's "Jake Walk Papa". If for some odd reason, you want a ginger liqueur that won't paralyze you, try Domaine de Canton Ginger Liqueur.

Pimm's family: I think everyone knows Pimm's No. 1 Cup, the basis of the Pimm's Cup cocktail that's popular in the summer months and that's as iconic to Wimbledon as the Julep is to the Derby. No. 1 is still going strong; it's a gin-based cordial, flavored with spice and citrus. Other expressions are defunct. No. 2 was a Scotch whisky cordial. No. 3 featured brandy, and although the original is phased out, Pimm's markets a Winter Cup, based on brandy and featuring mulled-wine spices. No. 4 was a rum cordial; No. 5 was rye; and No. 6 was vodka. Wikipedia says that No. 6 is still produced, but in small amounts. Can anyone confirm? Bartenders like to play with house-made cordials inspired by the various Pimm's expressions.

Any other defunct cocktail ingredients you've come across in historical cocktail books? 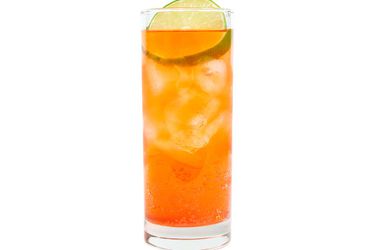