The beer world is getting pretty fancy. It seems like you can't swing a Belgian tripel by its cork these days without hitting a Cicerone, a new specialty bottle shop, or some delicately hand-blown tulip glass. But whether you prefer pilsner from the bottle after mowing the lawn or saison served alongside haute cuisine, the beverage you're consuming is complex stuff, from its history, tradition, and brewing process to the ingredients themselves.

Most beer is made from just four main ingredients: grain, hops, yeast, and water. But when you consider the diversity of products available within each of these categories, it's easy to understand where beer gets its depth. There's a whole slew of grains in many colors and treatments, scores of hop varieties grown in different climates, and countless strains of yeast with different characteristics depending on fermentation conditions. Manipulation of water chemistry even gives the brewer freedom to screw around with his H2O!

With new products available every day, the only limit on beer's character is that of the brewer's imagination. Traditional styles, restricted by specific sets of the basic ingredients mentioned above, are being manipulated and pushed to the edges of their definitions by intrepid and clever brewers. What's in your beer? Let's get into it a bit...

By definition, all beer is made with grain. The bulk of that grain will almost always be some form of pale malted barley. This is barley that has been soaked, allowed to germinate, and lightly kilned to dry it and preserve enzymes within each grain that will be used later on in the brewing process. These enzymes are needed to convert starch in the grain into sugars for fermentation.

The kilning process dictates the type of malt that is created—there are dozens of different malts produced by each of the small number of malthouses around the world. Malt comes many colors, from very pale to very dark, and the flavors produced range from honey-like, crackery, bready, and toasty, to caramely, chocolatey,and burnt. The brewer builds a base for his beer with one or (more frequently) more of these malt types to produce a beer with his or her desired color, flavor, and strength.

To be used for brewing, the malt is crushed and soaked in hot water (around 150°F) for about an hour. This is when those enzymes kick in and work their magic, converting the grain's starch into sgars that mix with the water. This mixture is referred to as wort. Later on, yeast munch on the sugars in the wort to create alcohol and carbon dioxide, leaving a whole bunch of flavor in their wake.

Want to identify malt flavors in your beer?
How to Identify Specialty Grains in Your Beer

Malted barley isn't the only grain that can be used for brewing, though. Brewers love them some oats, rye, wheat, corn, and rice. Unmalted barley has a place in beer too. Even non-grain ingredients like sugars, molasses, and honey can be used to provide sugar for fermentation. Each of these has its own impact on flavor, color, body, and head retention (stop giggling...that's how long your beer's foam sticks around after it has been poured).

Generally speaking, corn and rice are used primarily by big breweries to lighten body and flavor. This has given those grains a bad reputation amongst craft beer fans. Smaller craft breweries tend to gravitate toward grains with more character—wheat, rye, and oats are among the most popular. Wheat is prized for its affect on flavor and head retention, oats are mostly loved for the smooth texture they create, and rye imparts a satisfying spicy flavor to the beers in which it is used. Sugars, molasses and honey are embraced for both the flavor they impart and their high fermentability. Highly fermentable sugars increase alcohol content and lighten body in beer.

Read More:
How to Identify Oats, Rye, Wheat, Corn, and Rice in Your Beer

Hops are beer's glamorous ingredient. They're beautiful looking and smelling, and with the rise in popularity of super-hoppy IPAs, they're getting a lot of attention. Brewers use the cone-shaped flower of the hop plant for three main purposes: it imparts bitterness that is necessary for balance in finished beers, it stifles bacterial growth to stave off spoilage, and it has a lovely aroma.

There are a whole bunch of different hop varieties grown in several major regions around the world. Each variety has its own aromatic qualities and levels of bitterness that the brewer can use to make beers that are delicious and true to the styles they are attempting to emulate.

To be used in beer, hops are boiled in the sugary wort for 60-90 minutes. This not only kills off any wild yeast or bacteria that may be present in the liquid, but it also pulls bitterness and aroma from the hops that are swirling around in there. For an additional hoppy punch, brewers can dry-hop their beer. This is when hops are added after fermentation to extract just their beautiful aroma. Because the hops aren't boiled, they don't contribute any bitterness!

At the end of a long brew day, the last thing a brewer adds to the soon-to-be beer is the yeast. After the boiling process is completed, the wort is quickly cooled and a slurry of yeast is added. These little guys are responsible for consuming the sugars left behind by grain or other ingredients to create two of the best parts of beer: carbon dioxide (read: bubbles) and alcohol. Flat, sticky-sweet, non-alcoholic beer doesn't sound so fun, does it?

Almost invariably, beers can be categorized as either ale or lager and the distinction between the two lies in the yeast. Lagers are made with a species of yeast that performs best at cool temperatures and leaves behind very little flavor. Ales are fermented at higher temperatures and generate loads of flavor that can be fruity, peppery, clove-like, or buttery, for example.

Commercial labs isolate and store hundreds of unique yeast strains that each have their own characteristics and preferred fermentation conditions. The characteristics of each yeast strain are as important in defining beer styles as any of the other ingredients: hefeweizen wouldn't be hefeweizen without yeast's contribution of its signature banana and clove-like aromatics, for one.

How does yeast make beers taste different? Read on...
How to Identify Yeast Flavors in Beer: Esters, Phenols, and Alcohols

The world of beer fermentation isn't just reserved for your regular ol' ale and lager yeasts. Wild yeasts and bacteria are commonly used alongside regular yeasts for the well-loved sour, musty, and barnyard-like flavors that they can produce in beer.

As sour beers surge in popularity alongside IPAs, names like Lactobacillus, Pediococcus, and Acetobacter are entering every beer geek's vocabulary. These little guys are bacteria responsible for producing the lactic and acetic acid sourness present not just in yogurt, sour cream, and vinegar, but also in the funky and sour beers being made all around the world. The wild yeast Brettanomyces is being embraced by the craft beer world as well. "Brett" (we're on a first name basis) is perhaps best known for its presence alongside sourness-producing bacteria, but its barnyardy, musty flavor and aggressive fermentations are finding their way into experimental beers of all styles.

Read More:
How to Identify Yeast Flavors in Beer: Wild Yeast and Bacteria

When it comes to beer ingredients, let's definitely not forget about water. How can an ingredient that frequently takes up 90+% of the volume in a beer glass be so forgotten in discussions of the components of beer flavor? I guess water seems kinda boring. If hops are glamorous, water is the acne-faced kid at the back of the classroom. But those are the kids that often make the biggest impacts on the world, right? I don't think anyone ever called Bill Gates glamorous. Okay, this metaphor is getting away from me.

At any rate, water does affect beer flavor. Not only is the flavor of the water itself present in the beer, but the chemical composition of that water will dictate how the other ingredients perform and present themselves. Throughout the brewing process, the best brewers are paying careful attention to the pH, temperature, and mineral content of their water.

Want to get better at tasting all the different elements and ingredients in your beer? Read your way through our guides for each major ingredient, and don't forget to taste as many beers as you can—drinking is the fun part, but it's informative, too.

A Beginner's Guide to German Beer Styles
How Draft Systems Work: Getting Beer From Keg to Glass
Beer Issues: What's Up With the Three-Tier System?
How to Host A Beer and Cheese Tasting Party
How to Identify Bad Flavors in Your Beer
The Flux Capacitor: A Tool for Better Beer on Tap
A Beginner's Guide to Mead 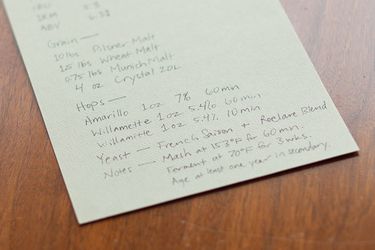 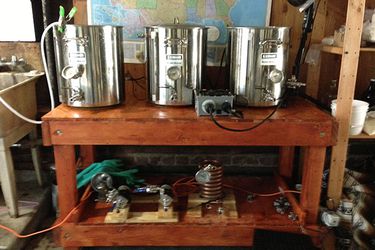 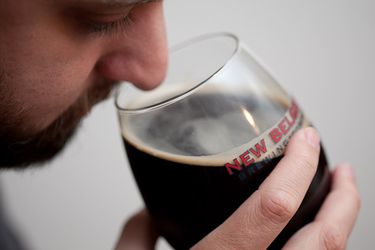