I know what you're thinking. "Acorns? Why on earth is she talking about acorns? The weather's just getting nice and balmy, and she's featuring autumnal nuts? Bah humbug... it's spring!"

And so it is. But I promise you, this is a very springy kind of dish. It's refreshing on a warm, sunny day, light on the palate, easy on the eye (and wallet), and will leave you feeling decidedly sprightly.

The Koreans make a surprisingly satiating jelly from acorn starch called dotori muk, which is excellent for dieters (a side dish for three to four people contains a total of 44 calories and 11 grams of carbohydrates). It has no fat, no cholesterol, no sodium, and a bonus 1 gram of dietary fiber. It's also considered a health food that's good for stomach ailments.

"But the American Indians subsisted on acorns as a staple food, " you say. "It's high in energy-giving protein and fat. She's trying to bamboozle us!" A paradox indeed, and I spent a couple of hours over the weekend thinking on it. Here's my two cents:

How Acorn Nuts Are Prepared

Acorn nuts cannot be eaten out of hand because their high tannin content makes them bitter, unpalatable, and toxic when consumed in large quantities. The Native Americans (Japanese, Spaniards, French, and basically people who had access to acorns during times of food scarcity) pulverized the nuts and leached them of their tannins in water, turning them into acorn meal or, as the Spaniards call it, harina de bellota. It was then eaten as a nutritious mush (like oatmeal), or baked into breads and griddlecakes. The Koreans take it one step further and refine the acorn meal into a starch (think cornmeal verses corn starch), cooking it with water at a ratio of five parts water to one part starch to make a jelly. This jelly is then topped with spicy, garlicky kimchi and served as a salad along with a sesame-soy dipping sauce. So, since the Korean version uses only the starch (without the fat and protein in the meal)—which is further diluted with water—it makes sense that the calories are greatly reduced, doesn't it?

The traditional method of preparing acorns has you repeatedly boiling the nutmeats in changes of water till the water runs clear. Because tannin stains water brown, you get a good indication of when the acorns are ready. Other methods involve rinsing the acorns with cold water or soaking the nuts in lye. A nifty (though less appetizing) technique has you scrub your toilet's water tank clean, wrap the nuts in cheesecloth, and leave the bundle in the tank for a week or so. Water used to flush the toilet does double duty by first leaching the tannins out of the nuts. This water-saving strategy does temporarily discolor your tank (and the result is probably not something I'd serve to a dinner party—I'm just saying).

Acorn Jelly as a Dessert

Since spring has sprung and there aren't acorns to be found anywhere, I picked up a bag of acorn starch (dotori ggaru) from the Korean grocery and whipped up the jelly (dotori muk). The texture is reminiscent of silken firm tofu, with a faint but pleasant nuttiness and a hint of bitter at the end. I was wary it might be too bitter, but the bitterness really only manifests if you're thinking about it. I confess: I was not overly fond of the jelly paired with the kimchi and dipping sauce—which probably puts me in the minority. I did, however (and this is completely unorthodox), thoroughly enjoy it as dessert with some buckwheat honey drizzled on top. The lightness of the jelly was a lovely foil to the honey's denseness on my tongue, and the slight bitterness at the very end gave it an elegance I wasn't expecting in such humble fare. This may or may not be the cultural equivalent of me trying to eat jello with hot sauce, but what can I say? It's delicious.

Other Culinary Uses of Acorns

For those who are interested, a little culinary history on acorns: Roasted acorns were considered an excellent coffee substitute during Lincoln's blockade in the Civil War. Its similarity in flavor was used to "cheat the palate, if not the nerves" (The Southern Banner, March 15, 1865) and was believed to "tan" the drinker's stomach so it would be "as tough as leather" and impervious to belly ills. This acorn coffee or eichel kaffee was also widespread in Europe, Greece, and Mexico in the 1970s-80s, with Raccahout, a spicy Arabic variant, even meriting mention in the Larousse Gastronomique. In addition, acorn oil's quality and flavor has been compared to that of olive oil, and was used for cooking in the Middle East, and as a salve for burns and injuries by the Native Americans. Finally, the Spaniards from Extremadura (one of the country's most important wine regions) turned their bounty into an acorn liquor or licor de bellota that's still popular today. Pretty impressive for a little nut most of us dismiss as squirrel food. 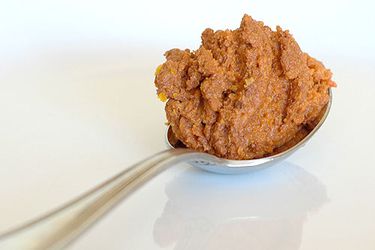 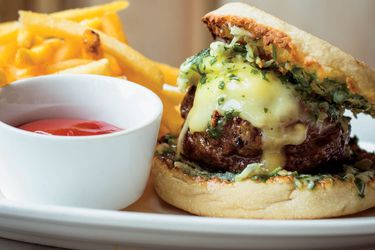