Bland, with little nutritional value, the common globe eggplant just kind of exists, neither offensive nor especially appealing. But gussied up with any manner of flavor additions, it can be instantly transformed from ho-hum fruit to the life of the party.

One of the easiest ways to up your eggplant game is what I'll call the grill 'n' fill. Namely, grilling slices over a hot fire until they're nice and tender, filling them with a mixture of your choosing, and then rolling them all up. What's left is a delicious dish that's as impressive in appearance as it is in flavor.

A great eggplant roll starts with a great eggplant. And for our purposes, nothing can beat a big, meaty globe eggplant. Generally, globe eggplants have a very mild flavor, but occasionally you'll detect some bitterness—a quality that grows more pronounced the older and larger the eggplant gets. For this reason, I usually choose smaller, younger globe eggplants. When it comes to making eggplant rolls, though, length is important and you'll want to grab a medium-large or large one that weighs in at around one-and-a-half pounds. Don't worry, by the time we're done with it, any bitterness will be a thing of the past.

One of the most crucial elements here is slicing the eggplant properly. Too thin, and it'll fall apart on the grill; too thick, and it won't be pliable enough to roll. After some fussing around, I've settled on 1/4-inch thickness as the sweet spot.

It can be challenging to make an even cut down the long body of the eggplant, which has a tendency to wobble and make a complete mockery of your best efforts. If you have trouble, I've found that using a mandoline makes quick and flawless work of the task.

Next up is one of the biggest questions that home cooks grapple with when it comes to eggplant: to salt, or not to salt. Because eggplants contain quite a lot of moisture, salting the slices and letting them drain for about an hour should conceivably help them brown faster and cook more efficiently.

I've made eggplant with and without salting and been happy with both results. But I'd never pitted them side-by-side to see if there was any noticeable impact on the final product. For these recipes, I decided to split my batches, leaving one half of the slices unsalted and sprinkling the others with a couple teaspoons of kosher salt on both sides. I let the salted slices rest for an hour and then dabbed away the beads of surface moisture with a paper towel.

One thing that gives these slices a boost is lots of heat—a hot fire will cook the eggplant quickly, leaving you with a beautifully browned exterior. Before throwing it on the grill, though, give it a good brushing with oil to prevent sticking and help develop that sear. Since the flesh is so absorbent, that oil can quickly seep into the slices, so it's best to apply it right before you grill and keep some extra oil on-hand in case they start to dry out or stick to the grates.

For all three roll-up recipes, I grilled the eggplant slices over medium-high direct heat for two to three minutes per side—long enough to get nice browning and a soft, tender interior.

As for the salting question? I tasted both batches carefully and came to the conclusion that there's little, if any, difference. Which makes sense—the purpose of salting is to extract moisture, but the high heat of the grill did that pretty quickly on its own. At the end of the day, both sets of eggplant came out well browned and perfectly tender. I did notice that a few of my slices of unsalted eggplant broke apart a little in the fragile middle, but it seemed like that was due to a higher concentration of seeds, not moisture, in those areas.

Now that we have long, thin, perfectly grilled eggplant slices, it's time to get stuffing.

These were some of the first eggplant spirals I ever made, and even though that was about five years ago, I still remember them quite fondly. The grilled eggplant gets a drizzle of balsamic, which soaks into the flesh, imbuing it with a bright, tangy-sweet flavor. Then I sprinkle on some chives, thyme, and garlic, followed by a helping of goat cheese. Rolled up into a spiral, these really become more than the sum of their parts.

Get the recipe for Goat Cheese Spirals »

I recently made these spirals on a whim, using excess ingredients from a Greek-themed cookout. I spread the slices with Greek yogurt mixed with feta, oregano, mint, dill, garlic, and lemon juice. Then, I top them with diced fresh tomato and cucumber, and roll it all up. The herbs give the rolls a distinctly Greek flavor, further enhanced by the tangy yogurt and salty cheese. The vegetables deliver some extra freshness and a pleasing textural contrast that makes these a light and refreshing option to balance a meat-heavy meal.

Get the recipe for Greek Spirals »

This variation is a pretty direct translation of classic eggplant rollatini. I sub out the fried eggplant with my grilled slices and then stuff them with a standard mixture of ricotta, mozzarella, and Parmesan. But I also add some provolone for sharpness, egg for binding, and basil for some extra herbal falvor. Nestled in a fresh marinara sauce and topped with cheese, I send them back onto the grill in a covered tray and let them cook until the stuffing's warmed through and the cheese is fully melted.

With so much cheese, it's hard not to love this dish, but I think that the addition of provolone really ups the ante. The grilled eggplant is also a nice change of pace, giving these rollatini a pretty unique character.

Get the recipe for Grilled Eggplant Rollatini » 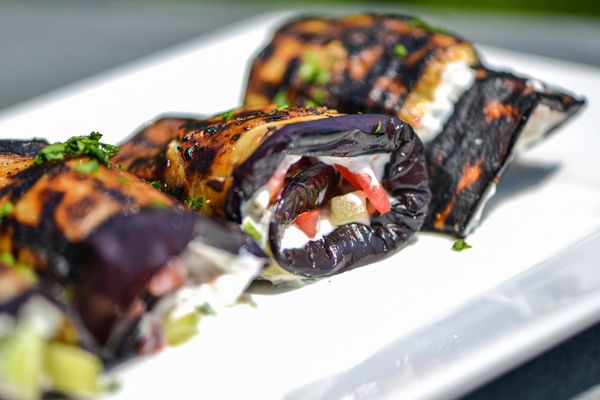 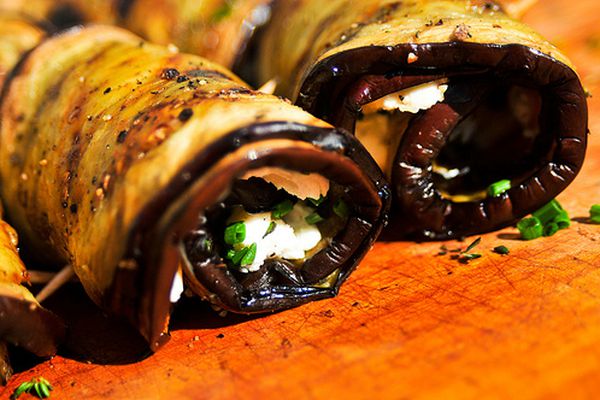 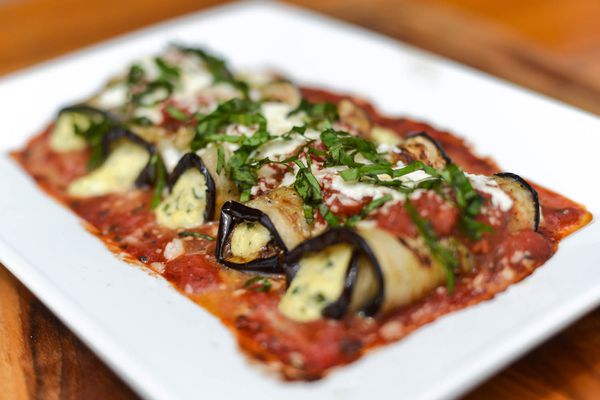 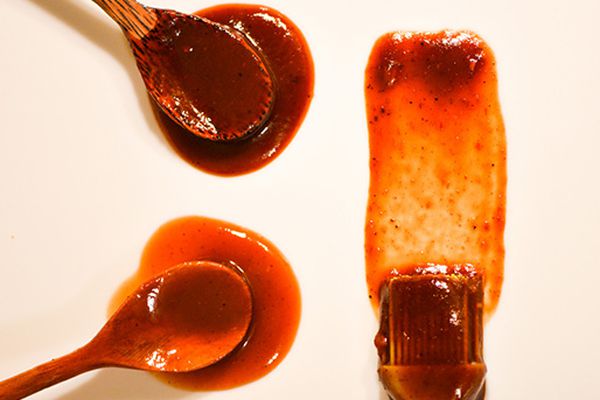 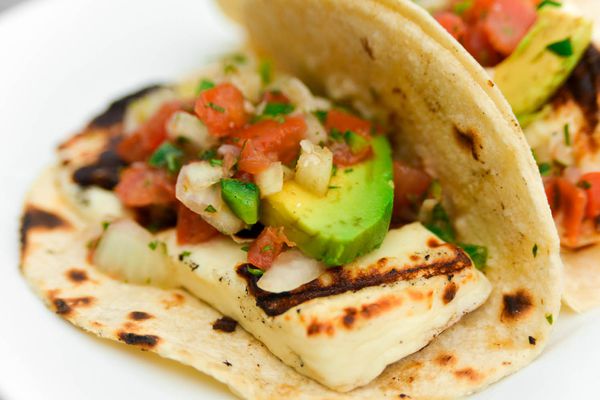