If you've never had New Orleans-style barbecued shrimp, you're forgiven for thinking you're about to see a recipe for shrimp swamped in smoky-sweet BBQ sauce. Instead, get ready for a spicy, vinegary, garlicky, wow-that's-a-lot-of-butter sauce, and have a crusty piece of bread on-hand to soak up every last drop when the shrimp are all gone.

In the traditional preparation, shell-on shrimp are sautéed stove-top, but Chris Schlesinger and John Willoughby take a more literal approach to 'barbecued' shrimp in their latest book, The Big-Flavor Grill. They use their simply seasoned Super-Basic Grilled Shrimp for their version, tossing the hot shrimp in the sauce just before serving.

Why I picked this recipe: I'm in New Orleans cooking for a New Orleans crowd. I couldn't resist seeing how this version would go over.

What worked: Though some debate was waged about the perfect balance of this style of sauce—some wanted less vinegar tang, others more Worcestershire—everyone appreciated the extra level of flavor the slight char and smokiness of the grilled shrimp brought to the dish.

What didn't: It's not that Tabasco didn't work here; it was fine. But since I'm currently sitting a block away from the original Crystal Hot Sauce factory, and the sharp whiff of peppers and vinegar used to permeate these very walls surrounding me, I have to officially register that I'd rather they call out Crystal, if they're going to name-drop a hot sauce. It's got slightly less acidity than Tabasco and a greater depth of flavor.

Suggested tweaks: Schleisinger and Willoughby suggest using these shrimp as a po' boy filling—not a bad idea at all. However, if you're going that route, and you don't like eating shrimp tails (and these get wonderfully charred and sauced if you do), remove them before grilling.

Reprinted with permission from The Big-Flavor Grill, by Chris Schlesinger and John Willoughby, copyright 2014. Published by Ten Speed Press, a division of Random House LLC.

For the Barbecue Sauce: 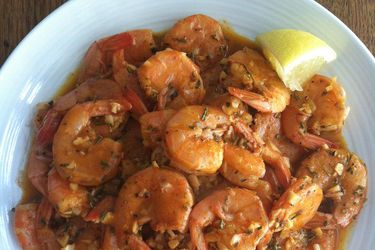 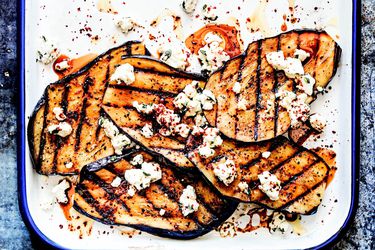 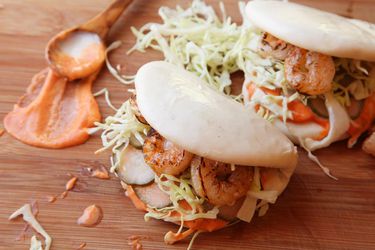