I recently shared a whole bunch of ideas for great fall vegetables you can grill. But I realized that one of my all-time favorites, butternut squash, only made it onto the list as an (admittedly delicious) butternut squash soup. There are so many other ways to serve it!

To fill this recipe void, I fired up my grill one brilliantly bright fall afternoon—the light was so harsh that it wreaked havoc on my camera's exposures—and cooked two butternut squashes. The dish i made with them was so good it stole the spotlight from my massive spatchcocked turkey, one of the best birds I've ever cooked.

A Waste of Fire?

Whenever I share one of these grilled vegetable recipes, I inevitably receive the two following comments:

The answer to the latter is just about always yes—just use the appropriate oven temperature based on the suggested grill heat in the recipe (or compensate for temperature differences by adjusting the cooking time).

As for the first comment, there honestly are times when I agree that lighting an entire chimney of charcoal for one small side dish is excessive. Unless I'm making something else on the grill (which is almost always the case), I would likely opt for the oven too. But when conditions are right, I take every chance I get to fire-roast my vegetables—it produces a complex, charred flavor that you just can't get in the oven.

Getting Square with Squash

So let's say you're like me and you're dead set on grilling your butternut squash. The first challenge is cutting it into the right shape and size for the grill. There are two objectives here: to make it big enough so it doesn't fall through the grates, and to maximize surface area for optimal browning and char. There are two basic ways to get this done.

The first is to halve the peeled squash, spoon out the seeds, and then slice it into 1/2-inch thick half-circles. The other, and the one I used here, is to cut the squash into one-inch cubes, yielding lots of pieces with lots of surface area. With either technique, the only additional prep you'll need is to toss the chunks with a tablespoon of olive oil and season them generously with salt and pepper.

My goal here was to get pronounced charring on the squash so that it would have that trademark grilled flavor. From past experiences with similar items, like carrots, I've found a hot roast over indirect heat followed by direct grilling is the perfect combo. The same holds true when it comes to butternut squash.

I started them close to, but not directly over, a two-zone indirect fire. The batch of coals was fresh, meaning that they were pretty blazing hot. After five to 10 minutes, though, the fire lost some heat, settling in at around 425°F for the majority of the 30 minutes it took to get the squash to a point where I could pierce them easily with a knife. Being close to the fire, the squash got some slight browning around the edges, but the most important thing that happens during this phase is that the squash loses some of its exterior moisture, priming it for some quick and easy charring.

I moved the lightly dried squash directly over the slowly diminishing fire. Because of the loss of exterior moisture, it browned and charred in no time. The process actually went faster than I had expected—I lost the first few pieces of squash to burning, having mistakenly assumed they would take at least a few minutes per side.

In the end, I had a beautiful tray of butternut squash. The outsides may look a bit dry, but they have some intense sweetness to them and the right amount of char to give them a grilled appearance and flavor. Just below the surface, the squash is nothing but creamy, tender, and sweet, just as it should be.

Now it was time to take my good squash and make it great. The first step was dolloping on some high quality fresh ricotta. The extra moist, slightly sweet ricotta balanced out the more sugary squash and brought extra creaminess to the party. I added toasted pine nuts (you can use the microwave for the most even and consistent results), and fresh sage for an herbal finish. 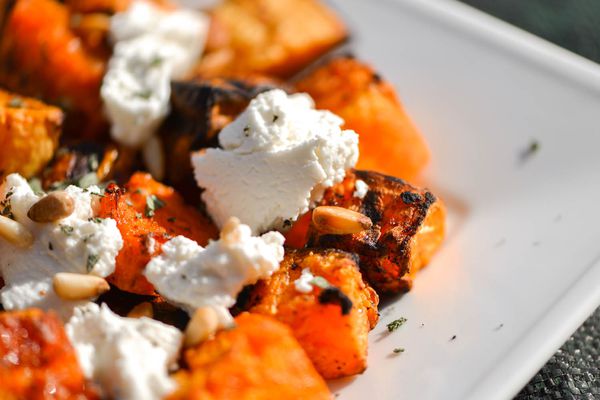 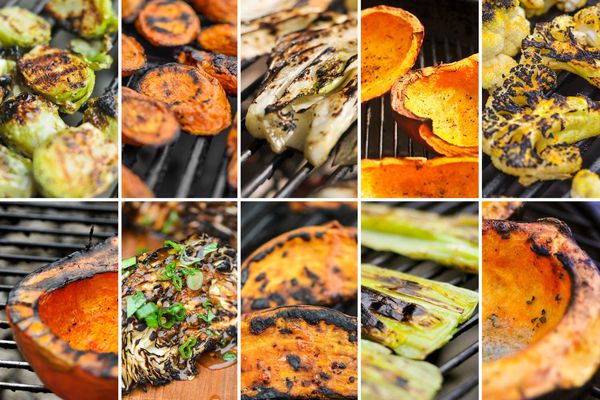 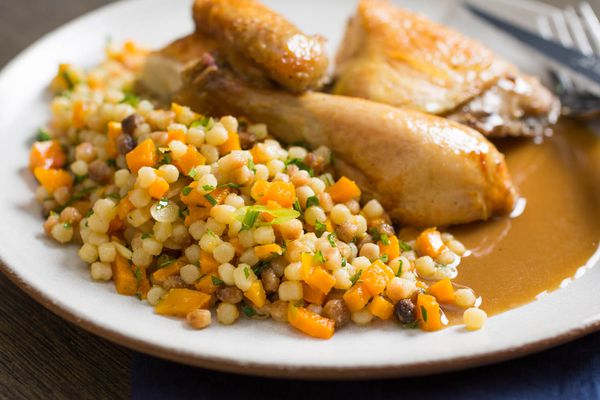 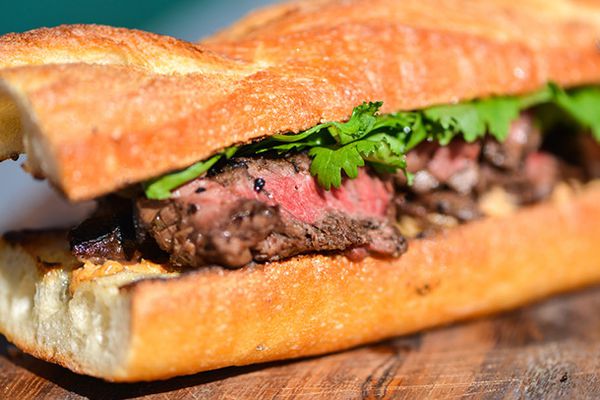