Each Halloween, before I went out to trick-or-treat, my mother always made the same meal: hot dogs, baked beans, and Boston brown bread. It was tradition. Today, as soon as fall arrives, I start making this bread. It's too good to only eat on Halloween.

This traditional New England bread is steamed, giving you a sturdy, dense loaf. Made with a combination of whole wheat flour, rye flour, and cornmeal, plus a little molasses for sweetness, brown bread has an earthy, almost bitter flavor. To mimic this, replace the whole wheat and rye flours with brown rice and sorghum flour. This flour combination made a loaf nearly identical to the bread I enjoyed as a child. In fact, if I hadn't made it myself, I would have questioned whether or not the loaf was gluten-free.

The biggest difference between the gluten-free loaf and a wheat-based loaf, was the color. The bread baked up a few shades lighter than traditional brown bread, especially when I tested the loaf with regular, unsulfured molasses and not dark molasses.

Although brown bread is usually steamed in empty cans, I never seem to have empty cans around when I want to make this bread. During development, I tested the recipe in two 28-ounce cans and again in a 9x5-inch loaf pan. Both variations worked. Since brown bread is naturally egg-free, it doesn't rise as high as, say, pumpkin bread. The loaf baked in the pan looked a little funny, sort of like a dense and squat quick bread, but the flavor was fine.

The bread is often served along with a savory main course. If you have any bread left after dinner, enjoy it in the morning. For a slightly rich treat, butter a slice or two and fry in non-stick skillet until golden brown and toasted. The very mild sweetness makes the bread good for both breakfast and dinner. 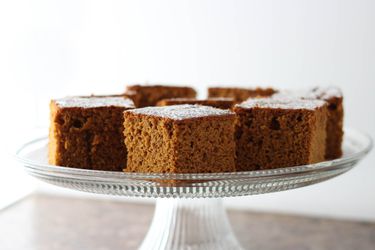 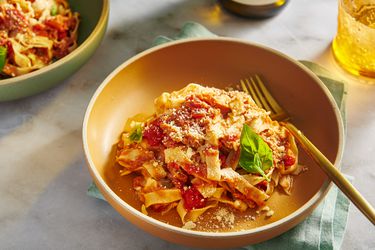 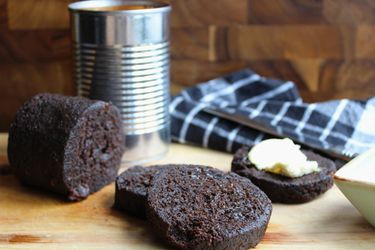 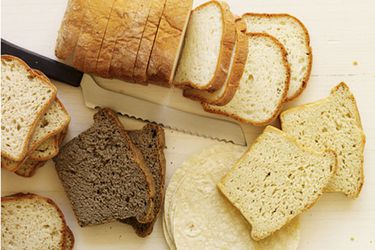