Fuchsia Dunlop is one of our go-to guides for Chinese cooking. When we can't have her help us stock our Chinese pantry in person, we constantly return to her excellent cookbooks—Land of Plenty, which features Sichuan cooking, Revolutionary Chinese Cookbook, her Hunan-focused collection, and Every Grain of Rice, which celebrates the simpler side of making authentic Chinese food at home. Her memoir, Shark's Fin and Sichuan Pepper, is a must-read.

I asked Dunlop about her Chinese cooking idols, her favorite cookbooks, and the regional Chinese cuisines we should all know more about.

How did you come to learn Chinese cooking? I've always loved cooking, but became involved in China through a sub-editing job at the BBC, which led me to visit the country and start learning Mandarin. I first visited the Sichuanese capital Chengdu in 1993, and a local acquaintance and his wife took me under their wing and introduced me to Sichuanese street food and dishes such as fish-fragrant eggplant and fire-exploded kidney flowers: as we sat drinking tea together on the riverbank on my last day, I vowed to return to the city.

I won a scholarship to study at Sichuan University the following year and was immediately seduced by the myriad flavors of the local food. It was so exciting and so different from any Chinese food I'd encountered in restaurants in England. I started learning to cook informally, in the kitchens of Chinese friends and small restaurants around the university, and later enrolled as a full-time student at the Sichuan Institute of Higher Cuisine.

Who are your Chinese cooking heroes? My first foray into the world of Chinese cooking was through the books of the Hong Kong-born writer Yan-kit So (see below): I remember making her Sichuanese fish in chili bean sauce before I'd ever been to China. She eventually became a friend and mentor, and I was always impressed by both her fabulous cooking and her scholarly approach to her work.

In Chengdu, the chef Yu Bo and his wife and business partner Dai Shuang are extraordinary in their depth of knowledge and commitment to Chinese culinary traditions, and I've learned so much from them.

In recent years, I've been particularly inspired by the Hangzhou restaurateur Dai Jianjun (otherwise known as A Dai), who is trying to preserve and revive the lore and skills of local agriculture and gastronomy. In general, the Chinese friends and acquaintances and total strangers who have taught, encouraged, and inspired me are too numerous to mention!

What books on Chinese cooking do you love and why? Yan-kit So's Classic Chinese Cookbook and Classic Food of China. The former is an excellent guide to the basics of Chinese cooking, and the latter has an introduction, which gives a superb overview of Chinese culinary history and culture. A Tradition of Soup: Flavors from China's Pearl River Delta by Teresa M. Chen is a gem of a book about Cantonese tonic soups.

My dog-eared old textbooks from my time at cooking school in Chengdu are very dear to me, not just for the recipes but because they remind me of that period of my life. I also love Yuan Mei's Suiyuan Shidan, a fascinating and amusing cookbook from the late eighteenth century. In general, I tend to use Chinese cookery books published in China, which are almost all in Chinese. One of my favorites is a lavishly illustrated series on Chinese regional cuisines that was published in the 1980s—I can spend hours just looking through the photographs, [my] mouth watering.

What lesser-known Chinese cuisines or dishes do you think English-speaking readers need to know more about? I'm not sure where to begin! The mere idea of 'Chinese food' tends to obscure the vast regional differences in Chinese culinary styles. Have dinner, say, in northern Xi'an, and then fly to southern Hangzhou the next day and you might as well be in another country, foodwise. Even within provinces and regions, many cities, towns, and smaller areas have not only their own specialty dishes, but distinct culinary styles. Some of my personal favorites: the "Chiuchow" cooking of a pocket of northeastern Guangdong province; the delicate cooking of the Southern Yangtze region, including Shanghai and the Zhejiang and Jiangsu provinces; the disparate styles of southwestern Yunnan... There are also culinary schools associated with Buddhist monasteries (vegetarian food without pungent vegetables such as onions and garlic), Hui Muslims (lots of lamb and beef), and different minority groups, such as the Uyghur people of Xinjiang, whose food is a fascinating bridge between the cuisines of China and Central Asia. You could eat a different 'Chinese' dish every day of your life and probably never have a repeat.

There is still a shortage of good information in English about Chinese regional cuisines, but this is beginning to change. The Cleaver Quarterly is a newish magazine specializing in the food of China that is delving more deeply than mainstream media into Chinese foodways. One or two new regional Chinese cookbooks have either been published or are on the horizon. And, of course, there are growing numbers of interesting regional Chinese restaurants in big cities like London and New York that offer tantalizing glimpses of the diversity of Chinese cooking.

What do you cook when you're not cooking Chinese food? These days my life tends to revolve around Chinese food, but I used to cook a lot of Turkish (I spent a summer living with a Turkish family in my 20s, and learned how to make köfte, stuffed vegetables, and other dishes ). I also cook a bit of Italian, French, and English. And whenever I travel anywhere, I end up bringing back recipes and ideas that influence my own cooking.

What was the first cookbook you really loved? Prue Leith and Caroline Waldegrave's Leith's Cookery Course, a hefty hardback introduction to classic English/French cookery. I was given it by an Italian lodger when I was 11, and cooked from it throughout my teenage years. It taught me how to make choux pastry and patisserie cream, how to poach a salmon and pluck a pheasant—all kinds of useful recipes and skills. I still have it in my kitchen.

What is your favorite cookbook for dinner party inspiration? I love Marcella Hazan's and Simon Hopkinson's recipes, and I grew up cooking from Claudia Roden. I'm a great fan of Fergus Henderson's cooking and writing—his Complete Nose to Tail: A Kind of British Cooking is one of my favorites. Chez Panisse Desserts by Lindsey Remolif Shere is fabulous—in particular, the recipe for blood orange tart, which is one of the most ethereally delicious things I've ever made from a book. 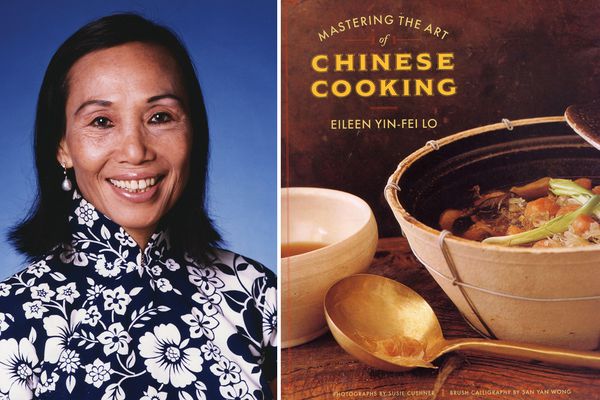 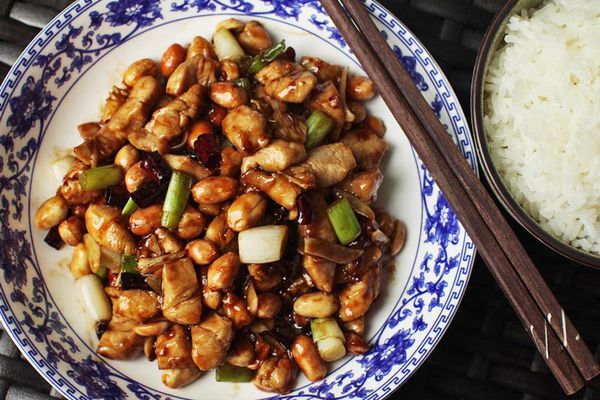 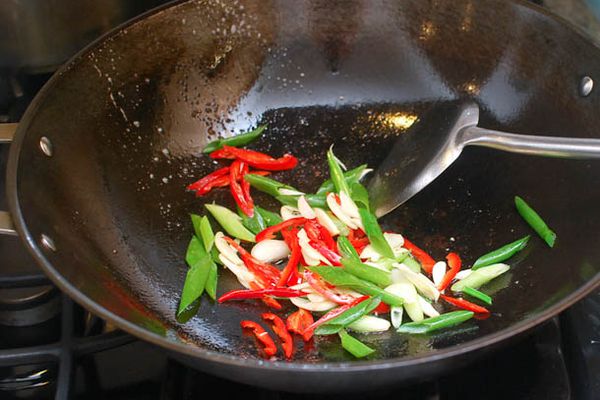 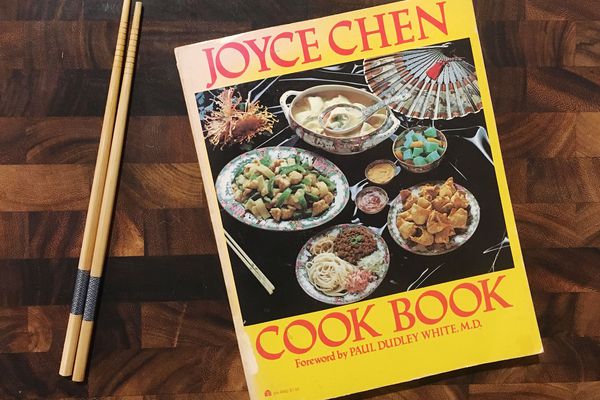