I love my maman, but if there's one thing she didn't inherit, it's the modesty gene—at least not the culinary modesty gene. "Nobody makes fish soup like I make fish soup," she proclaims. Come to think of it, my mémé didn't inherit it either—at all. Modesty must be recessive.

The thing my mother brags about the most in her French kitchen are her Coquilles St. Jacques. "Vermouth," she winks, as she flicks her cigarette toward the ramekin she uses for an ashtray. "Those little scallops were so drunk, they didn't know what was coming to them." What was coming was a heavy dose of cream, some mushrooms, and a very hot oven. Maybe the Vermouth was a form of mercy.

The interesting thing about this family legend is that I have never actually tasted my mother's Coquilles St. Jacques. I believe the last time they were spotted was in 1983, right around the time I started trading mushy peas for solid, round ones. They were never seen again. I think the hype got so big that my mom was frightened the real thing would now fall short of public expectation. Or maybe scallops are to her what diamonds are to the DeBeers family. Keep them scarce, keep them expensive, keep them wanting more. Either way, twenty-six years later, and my dad still closes his eyes and shakes his head in nostalgic delight at the mere mention of "your mother's scallops."

Coquilles St. Jacques are a French classic: sea scallops squatting in their own half shell beds, blanketed in a cozy, creamy sauce flavored with shallots and mushrooms and maybe some white wine. They wear a bread crumb cap, and are broiled until crisp and bubbly and ready to be picked apart. Whoever said that seafood and dairy do not match was probably assassinated by Coquilles St. Jacques.

Aside from being very drunk on my mother's Vermouth, Coquilles St. Jacques are also very pious. They are named for Saint James, who, it is said, intervened on behalf of a drowning knight, and saved him. The knight emerged from the sea covered in the scallop shells of Saint James.

Though I've never tasted my mother's Coquilles St. Jacques, I have heard them mentioned often enough to know exactly how to make them. To reinvent them for French in a Flash, I've converted them into something still decadent and French, but also familiar, reassuring, and American: the pot pie. That's what my cooking philosophy is about, anyway: elevating the basic, and grounding the elevated. That way, food is always unexpected and fresh and whimsical.

These scallops are nestled in groups of five in little individual gratin dishes, coated with a creamy shallot and mushroom béchamel, and topped with a lid of the French: puff pastry, known as pâte feuilletée, which translates literally to "pastry in sheets," decorated with herbaceous garden details, and cooked until the golden crown reveals just a peek of the steaming cauldron beneath. The pastry replaces the breadcrumbs for crunch, and helps soak up that flavorful béchamel studded with sweet shallots and earthy wild mushrooms, drunk on seafood stock, white wine, and of course, maman's Vermouth.

A Note on Some Ingredients

Mushrooms: I take help from the store on these. My supermarket sells a 4-ounce package of pre-sliced mixed mushrooms, which includes cremini, shiitake, and oyster. However, you can feel free to use any mushrooms you like, except for portobello, which are too meaty for this dish. If you buy them pre-sliced, go ahead and chop them a bit more into mushroom rubble.

Fish Stock or Clam Juice: I prefer fish stock, but, for me, it's hard to find, and can be expensive. I used clam juice, and you should too if you run into the same difficulties. But if seafood stock is accessible and economical where you are, use it!

Vermouth: When you are cooking with liquor, as opposed to wine or beer, especially with an open flame, you want to take some precautions. Pour the amount you need directly into a measuring cup, or other cup. Cork the bottle and put it down. Then pour the liquor into the pot.

Puff Pastry: There are purists out there who insist on making homemade puff pastry, or at the very least, buying a "nice" brand like Dufour. I use Pepperidge Farm, and I know Ina Garten does too (she's my puff pastry enforcer). The difference between Dufour and Pepperidge Farm is $8 per packet, and in this case, you don't need to spend the extra money.

Lemons: The fun little addition to this recipe is that the lemons are broiled alongside the pot pies. This makes them sweet and warm, and a bit out of the ordinary, and special.

Pepper: Especially for this recipe, where you want to go a bit heavy on the pepper, use freshly cracked black or white pepper, please. It makes a big difference here. 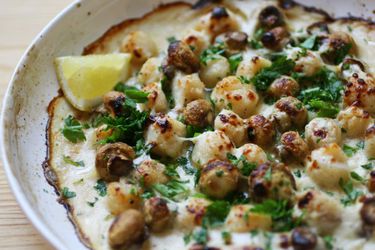 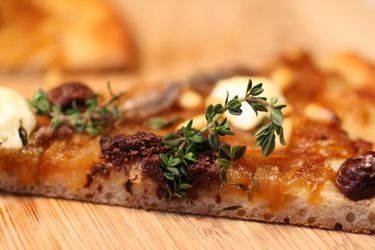 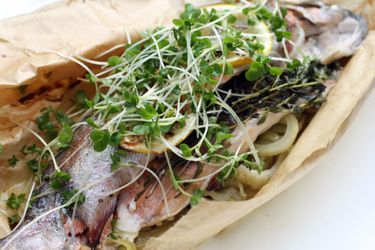 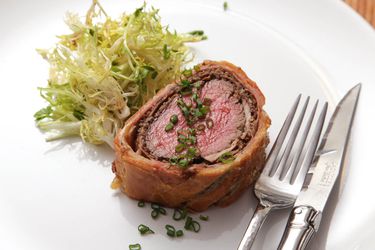 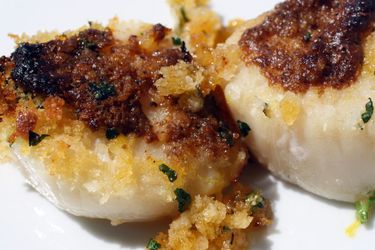 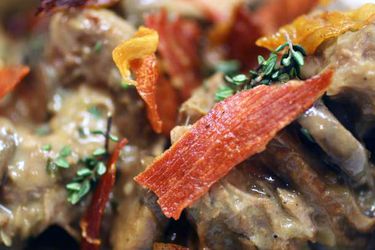 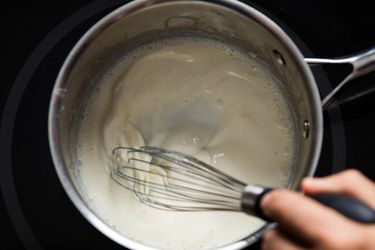