When I was a little girl, I couldn't speak. I was nearly three years old, and I hadn't so much as uttered my own name. A desperate maman took me to see Dr. Smith. "She doesn't say anything!" she attested. "Mmm-hmm," he murmured in that ominous, doctorly way that doctors murmur. "Not even Mami!" "Mmm-hmm." "But all of the other little boys and girls are already speaking volumes!" "Mmm-hmm."

He sighed, and he looked up at maman. "How many languages do you speak to her?" "Two." French and English--she didn't think it was worth mentioning the smattering of Arabic and Hebrew that Mémé spoon fed me along with my mashed peas. "No, no," he shook his head. "That will never do."

It was not easy for my mom to give up raising me bilingually--especially because English was something she was still muddling through. But from that day on, everything besides my lullabies would be in English. And it was then that maman commenced on her lifelong distrust of all American doctors.

A month later, I too, was speaking volumes. And it wasn't long before I began writing them too.

But maman was cheeky about my French. After I started speaking, we developed our own Saretsky patois. Growing up, all my friends told me that maman had an accent. She said things funny. "What are you talking about!?" I protested. After all, she taught me to speak, so I spoke just like her. We both said things funny. Antibiotics were an-tee-bee-oh-tiques. Deodorant was dee-oh-door-ahnt. Almonds were a-mands. Actually, I still say a-mands.. And some words were simply replaced by their French counterparts. The subway was Le Metro; confusingly, a jacket was a veste and a dress was a robe; and, embarrassingly, from an American point of view, a shower was, of course, a douche.

Perhaps she had thought that the great French language with its guttural r's and hard t's was simply a genetic trait that would resurface some time later in my childhood. But when she realized that, though I had come from her, I could not indeed carry on a fluent conversation in French by the age of seven, she decided extreme measures were needed. She went out and invited all my little girlfriends to come over and watch the French version of The Little Mermaid, with which we were all obsessed. Up the mermaid swam onto the screen--with no aptly placed seashell bikini top! All the other girls squealed and ran out of the room. "What?" maman wondered. It was years before I let her teach me another word of French again.

I have just returned from a trip to France, and to me, the French language is very quaint. I do not mean that statement as belittling or patronizing, though it may sound so. Instead, I find French very fanciful, a melody of very old words supported by a harmony of new ones, all working together in a modern parlance.

Take, for example, the word for traffic light: feu. It means, very simply, fire. So a word for one of humanity's oldest possessions is used for one of its newest acquisitions. When you are halted before a feu rouge, on a black tarmac with a gleaming red electronic eye glaring you in the face, somehow the words hearken back to a scene where you might as well be sitting on a donkey in an intersection of some toile pattern of French peasant paradise, a basket of flowers on your arm, and a straw hat on your head. It is, for lack of a better word, very romantic--very lovely, and as I said before, very quaint.

After decades of exposure to French, I can understand almost every word spoken to me, and can carry on what I hope is a pretty flawless conversation. But as a result of Dr. Smith's sentence, there are nuances of the language that I never learned, but that I happily pick up and tuck away, like Ariel's mislaid seashells from the sandy shore. I was at the famed Poilâne bakery last year on the rue du Cherche-Midi in Paris (a street which quaintly, but roughly, translates to "The Street of the Search for Noon," second only in lyricism to rue du Chat Qui Peche, or "The Street of the Cat Who Fishes"), and I found something called Chausson aux Pommes. It looked, and tasted, just like an apple turnover. But what it translated to was an "apple slipper". Empanadas and calzones are also referred to as chaussons. Like the word feu, chausson transports you to a place of great cold stone castle floors and warm, velvet, fleece-lined slippers that heat you from without the way a warm Chausson aux Pommes warms you from within.

Like slippers, Chaussons aux Pommes are harbingers of home and of comfort. Though it is an old-sounding word, it expresses timeless human emotion far more effectively and evocatively than the more modern "turnover" ever could. Mine start simply with Golden Delicious apples, done French--as in, without cinnamon. They are folded into a simple pocket of bought puff pastry. The American apple-cinnamon duo is completed with a slightly sweet, certainly spicy cinnamon crème fraîche in which to dip the warm chausson before munching it down burning from the oven.

And so while I speak and write in English, my nearly-first language, and English is even my bread and butter, I still most often prefer to eat in French. So, you see, some things are actually found, not lost, in translation. 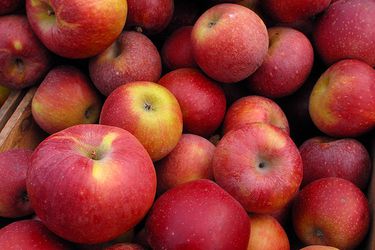 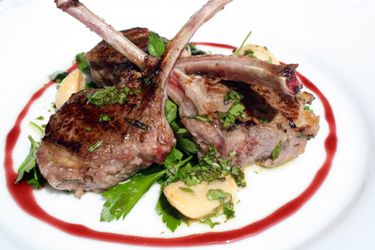 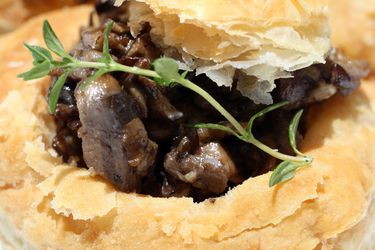 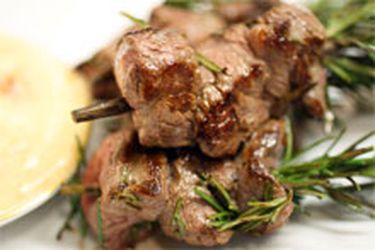 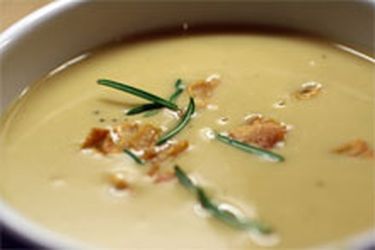