I have great neighbors. This is important, since our ceilings are their floors, and our garage is their garage. But it's also important because there's no one more convenient to have a drink with than the people who share an address with you. As long as you like them, and, like I said, I'm lucky in the neighbor department; I like mine a lot.

I showed up at a recent gathering upstairs with a few jelly jars of various concoctions, plus a bottle of cheapish sparkling wine. There was some ooh-ing and ahh-ing as I unveiled the goods. "Pat loves French 75s!" exclaimed my neighbor Amanda, referring to her husband.

Before Pat's eager grin could shrink, I continued: "In some ways, though, pretty much all sparkling cocktails are French 75s."

The French 75, if you'll recall, is a refreshing combination of sparkling wine, gin or cognac, lemon, and sugar. It's bright and tart, thanks to the wine and the lemon; potent, thanks to the spirit; and just sweet enough from the sugar. It's one of those cocktails that everyone should know. And, while the French 75 is amazing when made with true Champagne, I honestly never make it that way. Any dry or dryish sparkling wine that you'd be willing to drink on its own will do.

As with many classics, the original recipe is a template that welcomes experimentation. Bartenders have been creating their own spins on it for years, and even if the good ol' 75 isn't called out by name, when you get down to the bones of many sparkling drinks, you're often looking at a riff on the traditional formula: fizzy and tart, plus a little strong and sweet.

I've been making quite a few variations these days, and have assembled four here that are particularly tasty and ideal for winter entertaining. Time to invite the neighbors down!

Here's an easy one that's a new favorite of mine. Bartender Jeffrey Knott, at Seville Quarter in Pensacola, Florida, dreamed up this perfectly tart and grapefruit-pithy variation on the French 75 while out at brunch in New Orleans. There's no sparkling wine here, though; instead, the drink is topped with Stiegl-Radler Grapefruit, an Austrian-made beer-and-grapefruit-soda combination sold in a tall can. While the radler (the German term for a shandy) is eminently refreshing on its own, it's even better when punched up with freshly squeezed lemon and a little gin. I'd happily drink a bunch of these before noon—hey, the radler's really low in alcohol!—but you could also serve them at any cocktail party where guests might be looking for something light, bright, and fizzy.

Get the recipe for the Salzburg 75 »

This French 75 in tiki garb, from Jesse Cyr of Rob Roy in Seattle, is tart and citrusy, with a hint of spice from Angostura bitters. Lightly aged rum (look for a bottle marked "5-year aged," such as Plantation or El Dorado) adds a vanilla undercurrent that's a nice change-up from the classic gin. Rather than lemon, you'll squeeze in lime and add a little orange curaçao to temper the acidity. If you don't have a tropical vacation planned this winter, at least you'll have this little escape.

Get the recipe for the Silver Daisy »

When a French 75 goes red, you're in for a treat. This garnet-colored mouthful, from Corey Phillips of Bellina Alimentari in Atlanta, is bold and fruity, with a rich, bittersweet flavor contributed by Amaro Lucano, a liqueur from southern Italy's Basilicata region. The amaro is a bit like amped-up, licorice- and cinnamon-laced cola, and it adds an herbal, caramelly core to dry Lambrusco in this recipe. Mint leaves, slightly bruised once the mixture is shaken with ice, add freshness to the mix, while the sour element comes from a small amount of white balsamic vinegar. The wine's fizz and the amaro's bitterness make the drink a perfect pairing for buttery cocktail-party nibbles.

Get the recipe for the Bellissimo Aceto »

This one, from Nathaniel Smith of Spoon and Stable in Minneapolis, requires a little more effort, but it hits all the right holiday notes: warm spices, like star anise, cinnamon, and clove; fragrant citrus peels; and simmered tangy cranberries, with a little dry Cava to perk it all up. You'll start by making an easy homemade cranberry cordial, which can be batched up and stored in the fridge for several weeks. Toasting the spices for the cordial helps bring out their flavors, and the mix balances sugar with bright lime and the popped berries.

The mixed cocktail can be pre-batched, too: You'll measure out gin and freshly squeezed grapefruit juice, add the cranberry elixir, then stash it in your fridge before your guests arrive. Each ice-filled glass gets a little of the cocktail mix, a little of the bubbly, and, if you want to get extra fancy, a little cranberry garnish on top.

The name, says Smith, refers to a local custom: "A Minnesota good-bye is a standoff in manners; basically, no one can leave first for fear of being rude. It's annoying." But, he adds, "during the holidays, it's welcome, to spend those last few minutes with cousins, a few more hugs with family, making plans with friends. This cocktail is for celebrating, and taking those extra few minutes with loved ones."

Get the recipe for A Minnesota Good-Bye » 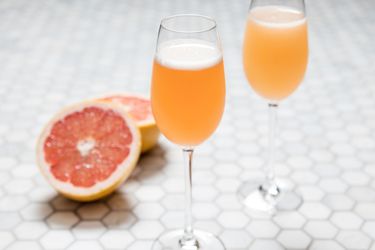 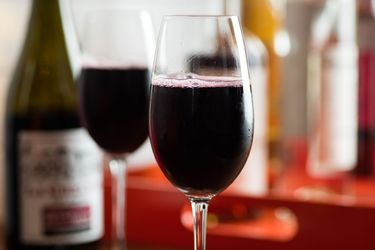 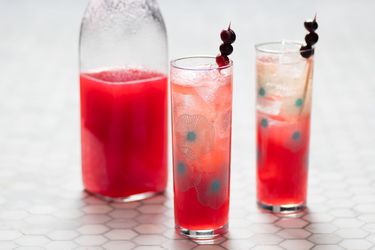