How to Grill Cabbage

It seems like every year, the internet has a new darling brassica. You all remember back in 2010, when it seemed like the entire world had just discovered Brussels sprouts for the first time, right? Or maybe the year after, when it was kale in everything from pizzas to smoothies? What about last year, the year of the charred broccoli?

What gives? I'm guessing it's because everyone goes through a similar thought process to mine each year around the time fall vegetables begin to dominate the farmers markets: Charred Brussels sprouts are so damn awesome, I wonder if there are other, similar vegetables that I can char to get the same effect? It turns out the answer is yes: Pretty much any brassica will get nice and sweet and nutty when exposed to extremely high heat, and the simplest of them all, the basic green cabbage, is no exception.

The other day, I was having a Twitter conversation with local vegetarian pizza nerd Kelly Bone, in which she very astutely pointed out that cabbage is the new kale. And she's right. At least, I'll do everything in my power to make sure she's right.

Really, I think all it'll take is to convince a few people to go into their backyards, throw some cabbages on the grill, and feed them to friends. Word of their deliciousness will spread. I'm sure of it.

As with other brassicas, the only real key is extreme high heat. I build a two-level fire with a full chimney of coal piled under half of the grill grate, leaving the other half empty.

The best way I've found to grill cabbage is to cut it into big fat wedges, leaving the core intact. This helps to keep all the leaves stuck together as it grills, and it gives you plenty of surface area for charring.

The goal here is to char the exterior (make sure to hit those wedges on all three surfaces!) while gently softening the interior, leaving a bit of raw crunch at the very center. To get there, I finish the cabbage off on the cooler side of the grill.

Once it's cooked, I toss the cabbage wedges with some olive oil, salt, and pepper. You'll find that they're pretty darn delicious even on their own. That smoky flavor penetrates deep into the layers, with a great contrast between the nutty sweetness of the charred exterior and the fresh crunch of the center.

It's a flavor and texture that lends itself to a wide variety of dressings or sauces, so I threw together three very different versions. The first is a Thai-inspired sauce similar to jaew, made with fish sauce, dried chilies, lime juice, garlic, sugar, and a ton of herbs. The second is a simple yogurt, lemon, garlic, and herb sauce, and the last is a combination of your basic iceberg-wedge accompaniments: blue cheese dressing, cherry tomatoes, and bacon bits.

Take your pick. In all honesty, it doesn't really matter which you choose, because the grilled cabbage is so good that you're gonna get a chance to try the other ones very soon anyway. Your friends and family will demand it.

And if you don't have a grill, never fear—the recipe works almost as well under a broiler! 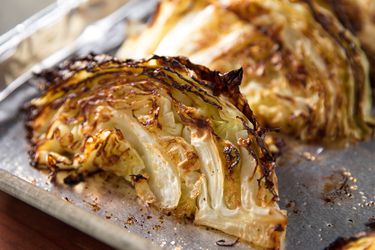 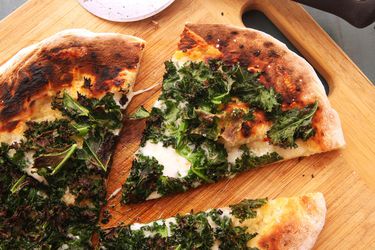 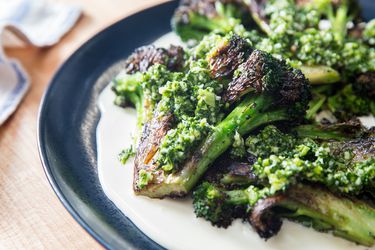 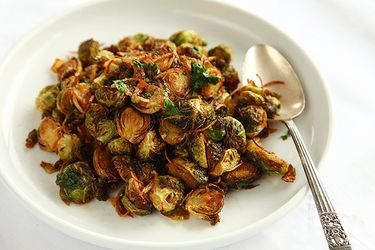 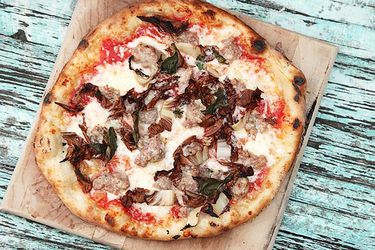 Pizza With Sausage and Radicchio 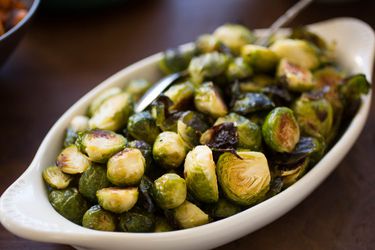