Chris Mohney is the former features editor for Zagat and The Infatuation. He was Chief Content Officer for Serious Eats from 2014 to 2016.

There are a million reasons food appears in video games, which is to say, there is only one reason: Everybody eats. Consider Pac-Man, a game only about eating. Pac-Man eats dots, just by moving through a maze. He cannot avoid eating. At first, the only other thing in the maze besides Pac-Man and his dots are the ghosts, which kill him (until he can eat them, too, by first ingesting a "power pellet").

To encourage the player to truly engage with the game—to take chances rather than merely avoid the ghosts—Pac-Man dangles special bonus-point items in the maze. But, in a crudely rendered game, it's crucial to communicate that these items are not only harmless but highly desirable, and worth risking Pac-Man's life to acquire. The game's designers were faced with a challenge: how to make these bonus items automatically enticing to a human player? The answer was simple. You design them as food.

Plenty of listicles, comment threads, and slideshows detail the history and evolution of food in games. This video from PBS is a solid rundown and relatively comprehensive, if you care to pursue the subject. But I'm not interested in which games feature food, or even why they feature food. What interests me is how and why including food makes a video game good. Plus, when I talk about food in games, I'm talking not just about the presence of food but also about the act of eating, and the act of cooking.

To make that judgment, it's helpful to think of food in games as falling into three categories: the iconic, the strategic, and the narrative. These categories developed in roughly chronological order over the history of game development, but they are not exclusive, and they overlap in many cases. Still, they usefully illustrate different designer motives and player responses, and they provide a vocabulary for talking about how food works in games.

"This blob is food. Food is good. Get the food."

The iconic stage of food in games is ably represented by our good friend Pac-Man. "I wonder if, in the very early days, when artists only had a few pixels to work with, maybe they needed something that was both easy to draw and immediately recognizable to any player," says PC Gamer's Christopher Livingston via Skype. "Everybody knows what a banana looks like, or a bunch of cherries. You would know it was probably something good for you, something you should pick up, as opposed to a glowing thing, or a spinning object, which might be a bomb, or a monster." Games during this period—the late 1970s through the early 1980s—were simple things, and they needed basic visual iconography to represent simple game concepts in a highly abstracted space. This blob is food. Food is good. Get the food. In a game about eating, you are naturally drawn to the most delicious-looking thing.

As games became more graphically advanced and complex, the rote simplicity of food-as-bonus-points evolved, impacting gameplay in more integral ways. In this new context, eating food didn't just boost your score. Now, eating food could actually change the game in your favor, based on choices and actions made by the player. Starting with Pac-Man's ghost-killing power pellets, the possibilities multiplied, from the transforming mushrooms of the Super Mario universe all the way to the prodigious menus of Castlevania and beyond. Eating food became a strategic imperative, depending heavily on the player's needs, preferences, and tempo of play.

More recently, games have begun experimenting with cooking and food beyond the strategic level, such as the many food-driven subplots in the Dragon Age franchise (bringing food to a starving prisoner, or endorsing a friend's efforts to comfort a dying soldier with the smells of a home-cooked meal). In these cases, hunger, or food production, or cooking, or eating—or all of these things—manifests not just as a play mechanic but as a facet of the story. Such narrative uses of food may be diverting and engaging, but they aren't qualitatively different from other narrative ways to fuel action. Story prompts that include food or cooking are often generically similar to other quests, comprising endless variations on go here, listen to that, do this, fix that, talk to her, kill them, bring the other thing to the guy.

Whether or not food is iconic, strategic, or narrative in its game-form doesn't determine whether a game is good, though. That magic happens when food serves as a fundamental bridge between the player's everyday reality and the world of the game. Much is made of "immersion" in video games, but often when people say that, they're really talking about simulation, or even distraction—making you forget the real world. Far more challenging is making you believe the game world, engendering a state of blissful verisimilitude. One way to achieve that ambition is to use mundane, familiar concepts like eating to highlight and reinforce the fantastic in relatable ways.

The "survival" game genre is relatively new, but its core concept is quite straightforward: The player is dropped nearly (or actually) naked into an unforgiving wilderness and forced to do whatever it takes to stay alive. Right away, this means gathering plants to eat, assembling crude tools to trap and hunt game, or foraging for pre-apocalyptic leftovers. Sometimes there are also zombies or dinosaurs or whatever, but usually the far greater danger is other human players. Day Z, Rust, and several other survival games may encourage cooperation with other players, achieving safety in numbers; but maybe you and your new friends are just another gang of thieves and murderers, preying on your fellow humans. You choose!

"physical limitations drive and constrain you, but they also keep you human"

But, it turns out, even in a moral vacuum where civil society has crumbled, you still gotta eat. And drink, and sleep, and stay warm and healthy, and even defecate. Simulating these mundane physical acts creates an empathic bond with one's faceless avatar in the game world, and, when done right, transcends the inherent artificial absurdity of the setup. These physical limitations drive and constrain you, but they also keep you human. "You may gain skills, but you're not going to turn into this super-being," notes Livingston about survival-game mechanics. "At your core, you're vulnerable."

Vulnerability is an excellent drive to game-world immersion, as it turns out. And hunger is one of our most basic and easily represented vulnerabilities. What else is Pac-Man, after all, but hungry? In fact, hunger is so basic that it led to the breakout success of an indie game that puts the priority right in the title: Don't Starve.

"We actually chose the name before we even started writing code," says Kevin Forbes, designer/programmer on Don't Starve, which was "based on a quick game jam about camping with mutant pigs.... It was a cheeky, over-literal joke, that just kinda stuck. It helps that it's catchy. Not many game titles are phrased as a negative imperative."

Don't Starve has a flat, paper-doll-cartoon, emo art style that's immediately endearing despite the macabre plot. You play one of several characters with a few natural aptitudes or weaknesses, stranded in an otherworldly environment. You must gather resources, craft tools and weapons, prepare food, and relentlessly explore and upgrade your capabilities. In addition to a health meter and a classic "food clock" to track the inexorable onset of hunger, there's another gradually dwindling resource to worry about: your sanity.

As your character endures the stress of hunger, weather, darkness, and assault from animals or monsters, her or his mental health deteriorates to the point that menacing hallucinatory creatures begin lurking just beyond the range of visibility, even in daytime. Lose even more sanity, and those creatures become real and kill you. One of the darkest jokes of many in Don't Starve is that very few players live long enough to actually starve to death.

Still more perverse is the concept of purposefully making yourself crazy to gain a strategic advantage. As Forbes says in an email, "certain powerful items are only available when your sanity is low," meaning skilled players will scarf toxic mushrooms or commit seemingly irrational acts just to unlock those items. Managing your scant daylight hours under the merciless eye of the ever-diminishing food clock gets even more panic-inducing as you consider the multiplicity of choices, and that's just for what you can eat. Forbes ticks off the options:

There are quick, cheap foods that benefit only certain meters, foods with explicit tradeoffs between meters, and aspirational superfoods that are good for all three. Cooking can also be used to launder unpalatable ingredients, like monster meat. If you dilute it just right with "good" foods, you can really stretch out your survival resources.

Perhaps counterintuitively, deep immersion in a good game—even a dark or morbid game—can help one face real-world challenges. This may have something to do with the basic alignment of hunger and need in both worlds. Serious Eats' own Stella Parks tells me that she ended up so engrossed by Don't Starve that she found it

a very helpful metaphor for me during a tough time when I wasn't taking good care of myself (eating basically nothing but dessert for book testing, and just skipping other meals because, ugh, no more food). Having to actually nurture my character with food and watch her thrive (or go mad if I failed) really made me see how much better care I should take of my real, physical self, in terms of eating good food and not surviving on dessert alone. I was meeting my own hunger quotient, but killing my morale.

I haven't been taking better care of myself since I started playing Don't Starve, sadly. But that's not to say it hasn't affected me greatly. For me, the overriding feeling of playing this game is one of urgency. The interlocking calculus of needs and dangers, risk and reward, fuses perfectly into a seamless simulation of need. You'll feel more terror at Don't Starve's cartoon sun sinking too soon than you will from overtly charging abominations in straightforward horror games.

In many games, I can appreciate or even enjoy food, cooking, and eating as fun parts of a whole. But it's only in games with the psychological finesse of Don't Starve that food feels important. Not to put too fine a point on it, but that's how you know you're playing a good game. Immersion is about believing. You can see that level of belief crossing over when players bring the game world into the real; this happens a lot with food, as fans often cook in-game food for real-world eating (we even did it ourselves, with the infamous Portal Cake). We've come a long way from the simpler era of Food Heals All Wounds—as Livingston paraphrases, the days of "You're riddled with bullets, and you pick up a pie, and you're okay!" 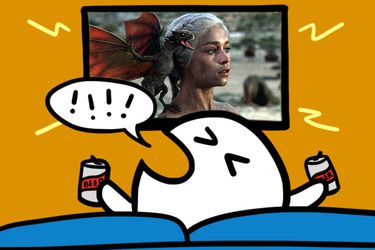 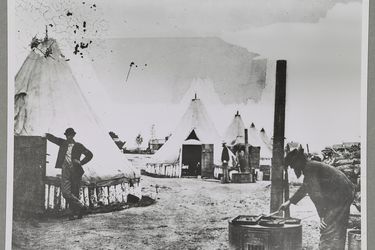