If you're planning to host holiday parties this season, you really need a beverage option that not only guarantees holiday spirit, but is relatively easy (and affordable) to prepare and comes with a built-in floor show.

I've been mixing variations of a Flaming Holiday Punch (known in some circles as "English Bishop") every December for years now. The base recipe is from Esquire's Handbook for Hosts, from 1949, which is nice on its own but quite open to improvisation. The ingredients are a cinch: a bottle of aged rum (something with a little body and character to it—Appleton Extra is good here, as are Matusalem Gran Reserva, Mount Gay Eclipse or Cockspur—warmed in a hot-water bath to avoid any unpleasantness that could come with hot flammables on a stovetop), poured into a punch bowl over baked oranges studded with cloves. Toss in a little sugar and some holiday spice, turn down the lights before you apply a match to the hot liquid (careful!) and conversation is pretty much guaranteed to stop.

In addition to the ooh-and-aah factor, the flames play a couple more roles in the punch: first, they flare the cloves, orange oil and other spices, creating a fragrance that could be bottled and sold as "Essence of Yuletide," and they also knock down the alcohol level of the punch somewhat, so the potency isn't too overpowering for the more occasional drinkers. To douse the flames (and make the punch more palatable), simply pour in some warmed apple cider, then serve.

To convert the English Bishop into a Farmer's Bishop, simply substitute apple brandy for the rum (an excellent alternative, I say from experience). You can also twiddle with the sweetener; use demerara sugar for a little richness, or swap out some of the sugar for maple syrup or allspice liqueur.

Last year just before Christmas, Boston bartender Josie Packard prepared this punch for Rachel Maddow's show on MSNBC. Josie's version added the fresh-squeezed juice from two oranges and two lemons to the cider, along with a little hot water to blunt the acidity of the fruit juice, and used equal parts brandy and rum for the liquor (she also squeezed orange peels over the flame for additional pyrotechnics and flavor—not at all bad idea). 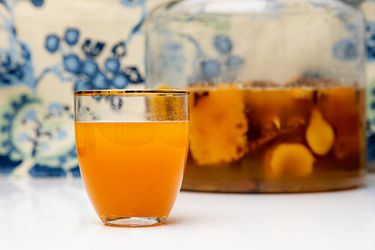 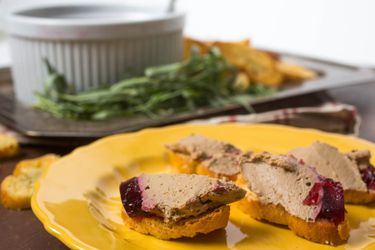 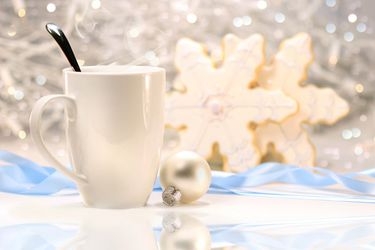