If you think time moves slowly when you’re waiting for water to boil, try counting the minutes until that bottle of crushable summer wine you picked off the wine shop shelf chills down to the proper serving temperature in your refrigerator, or even the freezer.

Sure, on a good day I’ve planned ahead, and I return home from work to a perfectly chilled bottle—or two—of crisp, dry white wine. But more often than not, I make plans at the eleventh hour and drag an impulse-bought wine up to my fourth-floor apartment along with all my other groceries (snacks, really), with the goal of popping it open ASAP. It’s on those days that I think to myself, There has got to be a quicker way for me to cool this wine (read: start unwinding sooner) than just tossing it in the freezer and tapping my foot impatiently.

To find out if this is indeed true, I bought nine bottles of wine on my way to work one day and embarked on an online deep dive into the world of accelerated beverage cooling.

The internet had a lot of suggestions. Some people vow that pouring a bottle of wine into a plastic zipper-lock bag before chilling it in the freezer is the absolute fastest way to bring it down to temp—but, if that means serving the wine out of a plastic bag, is it really worth your (post-college) dignity? Others advise wrapping the bottle in a damp cloth before chilling, or plopping it in a fancy ice bucket.

I'm no scientist, and I don't pretend to have an exhaustive knowledge of wine, but with the help of my many experienced Serious Eats colleagues, I decided to put these (and more) methods to the test to find the most efficient way of chilling a bottle of wine, stat.

To test which of these techniques was worth the effort, I cooled nine identical screw-top bottles of white wine using various methods suggested to me by colleagues, plus others that I found online, along with one or two that I came up with myself.

Here are the nine methods that we tested:

I labeled each bottle with the cooling method I'd be testing. Ideally, we would have used a thermometer to take a reading of each bottle's temperature every five seconds, then graphed the results—but alas, we don't have nine of the same thermometer at the Serious Eats test kitchen, and we couldn't engineer a way to place a thermometer in a horizontal bottle of wine, or a zipper-lock bag, without making an enormous mess.

Though it didn't produce absolutely perfect results, I settled for taking the temperature of the wine every five minutes, with Niki's assistance. From a room-temperature measure of 71°F (22°C), we checked to see how long it took each bottle to reach a desired serving temperature of 45°F (7°C).

Though some methods produced equally slow results, the ideal method stood head and shoulders above the rest.

There's a good reason sommeliers put your bottle of white wine in an ice bucket after they pour your first glass: If you've got a big enough container and enough ice, you can surround your wine with icy-cold water, which is always going to cool it faster than cold air.

If you don't have an ice bucket (or a similarly large container), put your wine in the freezer. And, unless you really can’t find a single square inch of extra space in there, place your wine on its side: The additional surface area that comes in contact with the cold surface of your freezer shelf results in much faster cooling than placing a bottle upright to chill. While the horizontal bottle was ready to drink in 60 minutes, the standing one took an extra 25 minutes to get there.

We also tried wrapping a bottle of wine in a damp cloth before standing it upright in the freezer, but this method actually seemed to insulate the bottle; it cooled more slowly than the bottle with no cloth wrapped around it.

The Absolute Best Way to Chill Wine: Spin the Bottle, in a Salted Ice Bath

While the bottles of wine that I popped in the freezer took an hour or more to reach the target serving temperature, the bottle chilled in a salted, agitated ice bath was ready to drink in less than five minutes.

I filled an ice bucket—well, actually, the bowl of a stand mixer; work with what you’ve got, people—with four pounds of ice, two cups of salt, and enough water to reach the neck of the bottle of wine. Water is a good conductor of heat, and creates more points of contact between the bottle and the cooling solution than a bucket of ice with no water could provide.

While taking a constant temperature reading, using a probe thermometer inserted into the open wine bottle, I continuously twisted the bottle's neck, so that it spun in place. Every several minutes, I lifted the bottle slightly out of the water and used it to stir the mixture before setting it back in the bowl.

Doing this, I watched the wine's temperature plummet. The temperature dropped 10°F in the first minute, then nearly 10 degrees every subsequent minute, until it was ready to drink. In five minutes, the bottle was at the desired 45°F.

Like your wine colder? The wine—which chilled at a slightly slower rate as it got colder—reached 36°F (2°C) in eight minutes.

A bath made of just ice and water won't drop below the natural freezing point of water: 32°F (0°C). Seeing as you would never want to serve wine freezing-cold, you can certainly chill down a bottle using just those two ingredients. But when you're in a hurry to pop a chilled bottle and want to speed up the process, wouldn't it be great if you could get your ice-bath temperature below 32°F? With the addition of salt, you can!

Salt is able to lower the freezing point of water, a process known as "freezing-point depression," which means that salt water can get much colder than 32°F and still remain liquid. This is why we scatter salt over icy roads in the winter, and why you should dump a cup of it into your ice bath to get that bottle of rosé frosty, fast. The unsalted (and un-agitated) ice bath took 15 minutes to chill down a bottle of wine, while the wine in the stirred, salted ice bath was ready for sipping in five minutes flat.

After establishing that salted ice water would cool my wine more quickly than unsalted ice water, I did a side-by-side test to see whether agitation would dramatically change the speed at which wine cooled. I compared the temperatures of wine in two buckets of salted ice water, spinning one bottle gently but constantly and leaving the other to chill undisturbed.

Agitating the bottle helped push away the water that had been warmed by the room-temperature bottle, and it also redistributed the wine in the bottle, letting the warmer liquid toward the center move closer to the glass. If you’ve got a large enough vessel, ice, salt, and water—plus a little patience for spinning your bottle—this method is the best bet.

If you don't have the patience or attention span to agitate your wine, simply placing the bottle in a bucket of salted ice water will bring it to 45°F in just 10 minutes. Unless you need to start drinking now—we don’t judge!—this is still a very decent turnaround time. If you don’t want to bother with salt, an ice bucket with no added salt will bring your wine down to temperature in 15 minutes.

Can a Sous Vide Machine Help You Chill a Bottle of Wine?

This wouldn’t be a Serious Eats test if we didn’t find some way to incorporate an immersion circulator. While a circulator doesn't have the ability to cool down water, it does provide constant agitation, much as my manual bottle-spinning did. I hoped that the circulator would likewise help expose the bottle to a constant supply of the coldest ice water in the bowl.

To test whether a circulator could help cool down wine, we clamped one on to the side of a bucket of ice water, set the machine to 45°F (7°C), and allowed the machine to circulate the cold water surrounding a bottle of wine. While this tied for third-fastest method, bringing the wine down to temperature in 15 minutes, it didn’t outperform the classic, unplugged approach of a regular old ice bath.

Unless you’re dead set on showing off your sous vide circulator at all times, there's no reason to bust it out for chilling down wine. It’s worth noting that this test would have been more effective if we had used salt in the ice water, but the salt would have also corroded the machine—decidedly not worth it.

If You Don't Have Ice, but Do Have a Freezer: Lay It Down (With or Without a Freezer Bag)

Our lowest-effort—and certainly least sophisticated-looking—method involved pouring an entire bottle of wine into a double layer of gallon-sized plastic zipper-lock bags and placing it in the freezer. Laying it down on its side gave the bag additional surface area, which helped the wine cool slightly faster than a bottle placed on its side in the freezer.

It took 50 minutes for our bag of wine to reach 45°F. But a bottle of wine lying on its side in the freezer was only three degrees warmer at the time. Unless you’re absolutely desperate, there’s no reason to pull out the bag method. If you’re skipping the ice bucket and going with a freezer method, laying your bottle down on its side will bring it to the desired temperature in an hour.

The Methods That Will Keep You Waiting

The simplest methods of chilling wine proved to be by far the slowest. We gave up on the bottle of wine we’d stood upright in the refrigerator door after about an hour and a half, at which point it was still almost 60°F (16°C), and barely creeping down by one degree every five minutes.

In about the same amount of time (85 minutes), a bottle chilled upright in the freezer (with no cloth wrapping) was able to reach the target temperature of 45°F—but that's much longer than any of the ice-bucket methods, and significantly longer than simply laying the bottle on its side in the freezer.

In the name of science, and always having a cold bottle of wine on hand, I'm going to be stocking up on salt—maybe I'll even buy a real ice bucket. And, though these tests focused on wine only, there's no reason to think our winning method wouldn't speed chilling for soda, beer, or spirits, too. 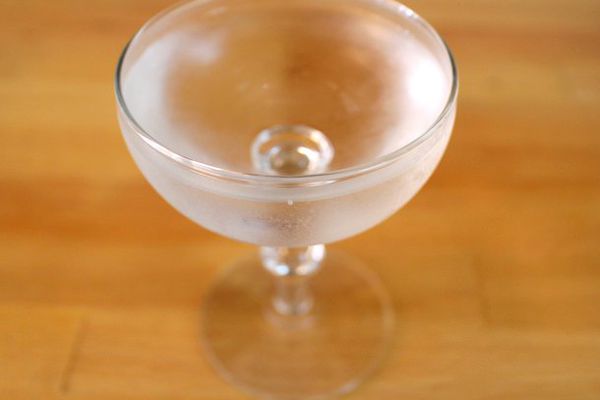 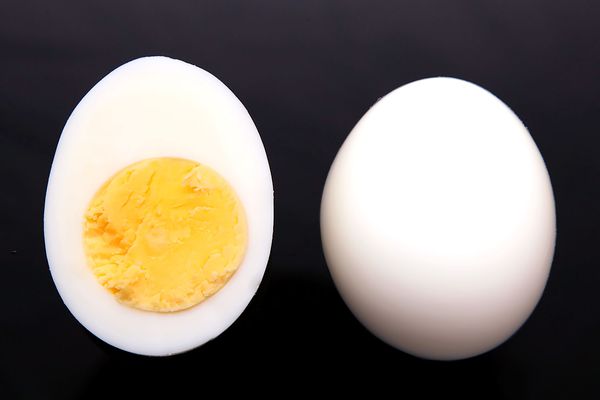 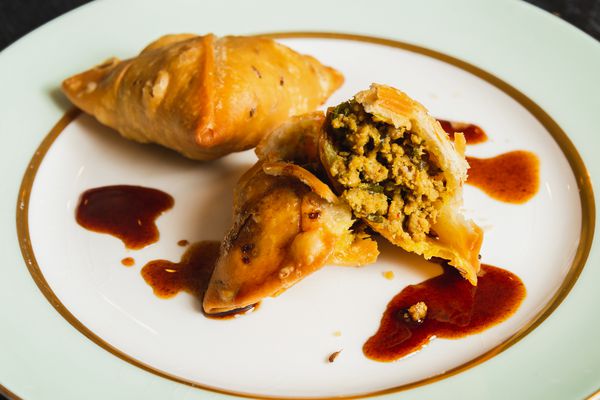