I am a man of little restraint and even less faith, so it has been quite a while since I've even pretended to give anything up for Lent. But I respect other peoples' religious dietary restrictions, so last weekend I undertook a four-store fried-fish bike crawl to determine the best fast-food sandwich option for those cutting back on the walking proteins during the dark and solemn days that fall between Mardi Gras and chocolate bunnies.

McDonald's introduced the Filet-O-Fish 50 years ago, when it was much more common for Roman Catholics to forgo meat on Fridays year-round; most other chains have followed with similar token fish gestures. I understand why one would order this stuff for religious or cultural reasons, but as a fast-food free agent, I've never been tempted to stray from beef and chicken sandwiches.

I figured the fish products were afterthoughts slapped together for captive audiences that didn't have much choice in the matter. Before the recent dawn of the nutrition-information age, I can picture my mom and her kind duping themselves into thinking the word "fish" conferred some sort of magical health properties that canceled out the "fried," but these days no one who cares about such things is surprised to learn that these sandwiches are on the same fatlength as the burgers.

But regardless of why these things exist, they do, and as such it's my duty to break down the strengths, weaknesses, and tartar sauces of the four leading national fast-fried fishwiches. I went to McDonald's, Burger King, Wendy's, and Popeyes. (I also tried KFC, but the surly counterwoman treated me like I was the biggest Moby-head in the sea when I asked for the Fish Stacker advertised on their website: "We serve chicken." Yes, you do, and not very well.

My first stop was Popeyes. I didn't see a fish sandwich on the menu board, but the manager told me that for $3.99 he could put a couple pieces of fried Alaskan pollock on a po'boy roll with lettuce and tartar sauce. That sounded about right, but I was uncomfortable with the idea that I was getting some kind of special customized sandwich due to my fast-food celebrity status and/or the general manager happening to work Saturday afternoons.

Well, the receipt said "Big Easy Catfish Sandwich," not "Secret Awesome Thing for Serious Eats Correspondent," so while the catfish/pollock matter remains murky, it seems any commoner can get fried fish at Popeyes.

"This sandwich was shockingly good."

This sandwich was shockingly good. A large part of the shock came from my low expectations, granted, but any objective eater would be impressed with how well Popeyes fries a piece of white fish. The batter was exceptionally crisp. It was largely unseasoned (the flecks of black pepper were just for show), but that's appropriate for easily overwhelmed fish; there wasn't much taste to the soft, flaky catpollock interior.

But it still made for a very good sandwich with three distinct textural layers: The irrelevantly toasted bread provided a spongy case that gave way to a crunchy surface protecting the mushy fish middle. The shredded lettuce and tartar sauce gave the sandwich a curiously Big Macish smell when the top was removed. Maybe the secret to the Special Sauce is lemon, because that was the only flavor detectable in Popeyes' tartar sauce beyond mayo and pickles.

Next up was the BK Big Fish. This is a substantial sandwich: $3.69 gets you 16 square inches of fish on a round bun with tartar sauce overslathered on heads and tails. The doughy, chewy bun was toasted on both sides, and it was the perfect size for the fish patty. Once you remove the terrible squares of white and brown iceberg and use them to scrape away half the tartar sauce, you've got yourself a pretty serious meal.

The fry job isn't as good as Popeye's, but it's respectable, and the fish is firmer and comes across as more authentically ocean-going: You know immediately that you're eating fish, fish, and nothing but fish (and pickled mayo). If you really like fish on its own terms, rather than as a compromise, then this is your sandwich. The batter had even less flavor than Popeye's, but the fish was so assertive it wouldn't have mattered if it had been wrapped in bacon and Tabasco. The textural contrast wasn't as pronounced as Popeye's, but it was very evident and appreciated.

My fried fish investigation then ran aground on the McDonald's Filet-O-Fish (usually around $2.99; this McDonald's was running a special of one FOF and medium fries for $3.33). Criminy! This was my least favorite of the fish'wiches.

It's built on a squishy bun that makes for a limp sandwich. The half-slice of orange cheese gluing the fish to the bottom bun doesn't help much, either. They use twice as much tartar sauce as the competition, which I suppose provides some flavor to the rubbery disk of soggy fish; that flavor is mayonnaise. But sure, of course people love the FOF, especially the folks at SEHQ. Here's what AHT editor Robyn had to say:

"Admittedly, my affinity for this combination of fried, breaded fish, processed orange cheese, and gloppy, tangy, pickle-studded mayonnaise on a soft, squishy bun has a lot to do with nostalgia."

Things finished strong at my last stop, Wendy's. Their limited-time-only North Pacific Cod sandwich is another behemoth, not quite as whaled-out as the BK Big Fish but plenty large enough to justify $3.99.

The lettuce was the Wendy's standard, one giant leaf of bad but easily excised iceberg, and the guy with the tartar sauce gun had a pretty itchy trigger finger, but the crux of the matter—the fish and bread—showed fine form. The bun was one of the chain's new premium buttered-and-toasted numbers, and it was the best of the bunch. The fried panko breading was nearly as crisp as the Popeye's batter, and the fish was top-notch. It wasn't as pungent as BK's, but it was more discernibly piscine than Popeye's or McDonald's. The textural contrast from bread to fried to fish was excellent.

The Best Fish'wich in the Sea?

The Popeye's and Wendy's sandwiches are both very good. I also like the BK Big Fish; it's well-prepared by any measure, though individual opinions will vary based on just how fishy-tasting you like your fish. 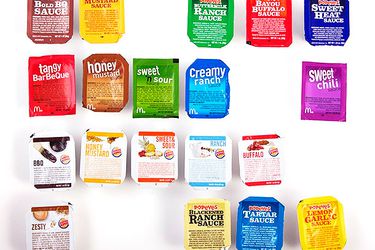 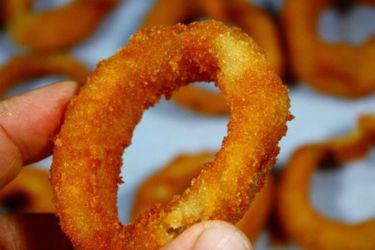