As a fast food reviewer—and as a lunch eater—I generally avoid return visits to a poisoned well. It's tempting to periodically update the same class of bad jokes about the same class of bad food, since indignation is much easier to harness than appreciation, but doing so is generally a waste of everyone's time. I know I'm occasionally guilty of this indulgence (Fieri has some new frozen bullshit* that I'll likely mock to an approving choir of Guy-bashers in the upcoming weeks), so when I looked back through the 2012 fast food review archive, I was pleased to note that I'd resisted the urge to hate-eat anything at Subway. I don't like Subway sandwiches, none of them, ever, which makes them very tempting to write about. But they deserve a fair hearing, so someone else needs to cover them.

I haven't tried it yet, but it's probably bullshit, and aren't we all going to be disappointed if it's not?

See, I'm fair. And I try to live an examined and sedentary life, which reduces my chance of making egregious mistakes. But, like all honest sinners, I have regrets. And while there's nothing I can do about the checkerboard pattern carved into the side of my head in my 8th-grade class picture, I can address the other major mistake that leaps immediately to mind: I have been too hard on Burger King, and it's time to give the King a shot at redemption.

Which brings us to the new Burger King Philly Original Chicken Sandwich.

Man oh man would I love to make some vulgar and ill-informed (but hilarious!) dumbcracks about exactly what one does to a sandwich to make it Philadelphian, but because I enjoyed my one brief visit to Philadelphia and because the theme of this column is rising above my cheap and nasty instincts, I'll let the BK marketing department explain instead. They describe the Philly Original Chicken as "a lightly-breaded chicken fillet topped with traditional Philly-Style toppings—a colorful mix of bell peppers and seasoned grilled onions, served with American cheese and smothered with a creamy cheese sauce. All served hot on a toasted sesame bun." Hmm, I've only been to Philadelphia the once, yet I'd swear that through the years I've eaten peppers, onions, and cheese together at least twice, and probably even thrice.

So all right, the name's a little silly, but that hardly matters if the eating's up to snuff. I was optimistic when I unwrapped my Philly Chicken, because I like oblong sandwiches and I adore sesame seed buns. The situation still looked promising after I opened the hatch: the red and green pepper bits had surprisingly good color, and there was a borderline intimidating load of cheese covering a dark-fried, dry-looking chicken patty. I don't mind fast food chicken that's a bit on the dry side, which I find preferable to the greasy side, especially when, as in this case, the parched bird is juiced along by gooey condiments.

The two slices of unmelted yellow American cheese didn't do much, but the Whiz-y stuff came through with actual dairy-resemblant flavor in addition to performing its primary task of moisturizing the dry chicken and off-dry bun. The veggies didn't taste as good as they looked, but I tricked myself into noticing a difference between the red and green pepper bits, so that's something. (I pretended the red were sweeter; I suggest you do the same.)

The chicken was downright crunchy, which turns me on but may turn you otherwise, for this was not the crunch of a crisp exterior encasing tender, moist chicken. This was a flat, dry patty (with a curious divot in the center) wearing a dull, dry coat. The breading carried a lot of salt and a little bit of pepper, which would have been sufficient in a snazzier sandwich, but I found the Philly Original Chicken to be uncommonly bland. It wasn't bad, because none of the individual components were, but it wasn't particularly good either. If you're a sucker for liquid cheese and geographic nostalgia, the Philly Original Chicken Sandwich will do you fine, but it won't be making any year-end lists. 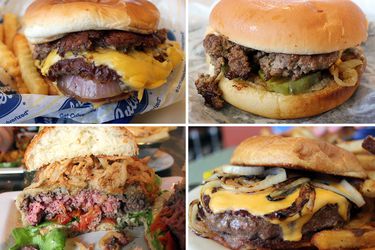 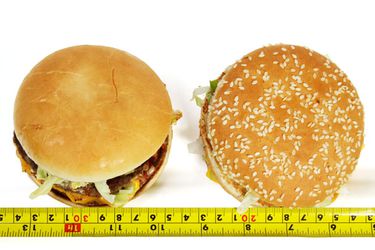