When you consider all the things sugar does for a cookie, fixating on sweetness is like remembering Albert Einstein as that guy with the crazy hair. Both features are endearing to the masses, perhaps, but irrelevant compared to the subjects' true importance.

So, aside from its obvious sweetness, what else does sugar do in a cookie? For starters, it's the basic building block of any dough, establishing the overall pH. How it combines with other ingredients determines the cookie's volume and density. Sugar also attracts water from the dough, interfering with gluten formation, protein coagulation, and gelatinization of starch—even bacterial development! We toss out spotty bread all the time, but when was the last time you saw a bag of moldy cookies?

And, yeah, it's pretty sweet: White granulated sugar is 99% pure sucrose. But that's not the only sugar you're likely to find in a cookie dough. Brown sugar—in particular, light brown sugar—is frequently found on cookie ingredient lists. So, how does each one impact the final cookie? Let's find out.

Granulated sugar is colorless, odorless, and neutral in flavor, allowing the flavors of other ingredients to come to the fore. Then again, with heat and time, it can caramelize into something complex and deliciously bitter. Its best friend is salt, though most dessert recipes don't pair them as often as they should.

Light brown sugar, more versatile than dark brown sugar, is roughly 95% sucrose. Its sweetness is tempered by the addition of bitter molasses, which contributes fructose, glucose, amino acids, and minerals, too. Those chemical agents can smoke and burn during caramelization, but also undergo the Maillard reaction, developing increasingly rich and complex flavors. Brown sugar is acidic, which means its best friend is alkaline baking soda; when combined, they activate, Wonder Twins–style, to produce carbon dioxide.

Both sugars are hygroscopic, so they compete with flour to soak up moisture from the dough, but brown more so than white. Fun fact: It's hygro-, not hydro-, because "hygro-" refers to ambient moisture rather than liquid water. (Fun-fact fun fact: Brown sugar is so hygroscopic that it has fewer calories per ounce thanks to its hoarded moisture.)

White and brown sugars can be swapped without fuss in any recipe where the chemistry isn't important. So....not very many recipes, to be honest. And certainly nothing so complex as a cookie, however simple and sweet it seems.

Those statements only sound contradictory when you think of sugar as a static ingredient, something that just sits in a bowl. They make perfect sense when you realize that sugar is an active participant in every recipe, an essential element of technique.

Brown and white sugars have unique strengths and weaknesses that can be leveraged (or squandered) to achieve any texture, so it's not a question of what they do for a cookie, but how.

How Sugars Behave in Dough

In recipes that involve baking soda, the primary role of acidic brown sugar is to react with sodium bicarbonate and produce carbon dioxide, making cookies thick, puffy, and soft (cakey at first, then crunchy if they continue to bake). Neutral white sugar can't participate in that reaction, so cookies are comparatively thin, dense, and crisp (chewy if kept from browning).

In recipes that call for creaming butter with sugar until light and fluffy, the primary role of sugar is to assist in mechanical leavening. In that role, white sugar aerates the dough when creamed with butter for thick and puffy cookies. Brown sugar, meanwhile, is dense and compacts easily, creating fewer air pockets during creaming—that means that there's less opportunity to entrap gas, creating cookies that rise less and spread more. With less moisture escaping via steam, they also stay moist and chewy.

In recipes that involve soft or melted butter, sugar can play a critical role in gluten development by acting as a tenderizer, but white and brown sugars aren't the same in that regard, either. White sugar, with its neutral pH, interferes with gluten development, allowing the dough to spread more before it sets. The result is cookies that are thin and tender/crisp. Acidic brown sugar, on the other hand, speeds gluten formation and egg protein coagulation, so the dough sets quickly, making cookies thick and tender/chewy.

The vast majority of our favorite recipes will meet at least one of these conditions, so they're useful in predicting how sugar substitutions will impact a cookie's texture, for better or for worse.

In recipes where sugar plays a single key role, substituting one type for the other will profoundly, yet predictably, change everything about a cookie's texture and flavor—because you've essentially recast the starring role.

Sugar cookies, for example, involve creaming alone. They spread less and rise more with white sugar, and do the opposite with brown. So long as you're aware of the trade-off, any blend of sugars will do. My classic recipe calls for 100% white sugar for an intense vanilla aroma, but I often whip 'em up with a small percentage of brown sugar because I'm a sucker for butterscotch.

Things get more complicated, though, when sugar is playing multiple roles. Try substituting one for the other in a case like this, and there are a few more (equally predictable) possible outcomes. Here's the deal: The new sugar will either excel in both roles, fail in both roles, or fail in one and nail the other.

Now take my oatmeal cookies, a recipe that involves baking soda and melted butter. Let's say we were to use only brown sugar in it. In the case of the baking soda, the brown sugar would make the cookies thick and puffy by reacting with it to create carbon dioxide; in the case of the melted butter, it would speed gluten development and protein coagulation, making the cookies thicker and tender/chewy. It's comically effective when allowed to excel in both roles, producing obnoxiously thick and puffy cookies. What looks like a win/win on paper is terrible in practice, like oat-flavored bubble gum crossed with a blondie.

Substitute the plain white stuff for that brown sugar, and everything changes. First, the white sugar would fail to react with the baking soda, so the dough would spread out thin and dense. It's not a total loss, though, since white sugar excels at making cookies tender/crisp. Still, without a touch of molasses, the cookies would taste overly sweet and one-dimensional (something an extra pinch of salt could improve, at least a bit).

Let's use my gingersnap recipe, which involves creaming and baking soda, as another example. Brown sugar alone wouldn't whip up with the butter quite as well as white sugar would, but it'd react more intensely with the baking soda. White sugar, conversely, would fail to react with the baking soda, but after being properly creamed, it'd still aerate the dough well enough to provide some lift.

The cookies made with 100% brown sugar would be weirdly porous and take a while to crisp, but they'd be extra malty and delicious. The version made with 100% white sugar may not be as light, but they'd be particularly crisp and spicy, as the ginger would remain untamed by molasses. Neither cookie is well balanced, but each has its own charm.

It's a lot of fun to tinker with a cookie until it's exactly what you want it to be, so maximize your chances of success by taking stock of sugar's role in the recipe before trying to make any big adjustments. When in doubt, start small! 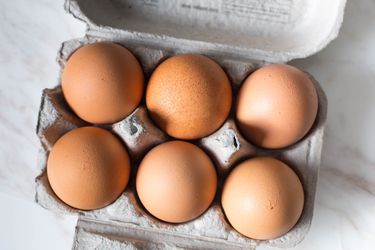 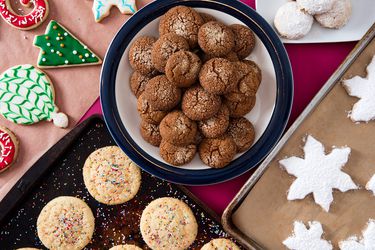 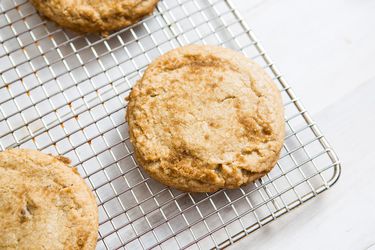