A few weeks ago, I made one of my regular early-morning trips to the Union Square greenmarket to pick up vegetables to cook and pair with my XO sauce for an upcoming video. For a while, I'd been annoying anyone who would listen with long-winded stump speeches about the versatility and swipe-right flavor compatibility of my favorite condiment, especially when used in a supporting role for produce-driven dishes.

Wanting a bit of a challenge, I opted to not take the easy route of purchasing ingredients for XO-related dishes I'd already developed recipes for, like charcoal chimney-grilled broccolini or citrus salad. Along with wanting to prove the adaptability of XO, there were also practical considerations; I was shopping in the height of summer and didn't want to make a dish with out-of-season citrus, and the video shoot that day was happening in our test kitchen, so firing up a charcoal chimney indoors wasn't in the cards.

But finding different ingredients to XO-ify wasn't hard. After doing a recon lap of the market, I quickly filled up my bags with tomatoes (which were used for pasta with burst cherry tomatoes and XO), green beans, gai lan, peaches, and a few ears of beautiful summer corn. I didn't have set plans for all of the produce in my haul, but knew right away what I wanted to do with the corn: make XOtes.

If you've been following Serious Eats for a bit, you know that we stan elotes (grilled Mexican street corn) pretty hard. There's a lot to love about the combination of sweet corn, lightly charred on a hot grill, slathered in creamy mayonnaise spiked with salty Cotija cheese, and then spritzed with a squeeze of fresh lime juice.

We've riffed on it before, with less-messy, off-the-cob esquites and riselotes al salto, a corn risotto-elote pancake hybrid. Here, I have put a simple spin on classic on-the-cob elotes by folding XO sauce into the mayonnaise and crema mixture before it gets spread on the grilled corn. The intense savory notes from the XO's dried seafood, ham, and umami-rich oyster and soy sauce gives the corn a noticeable flavor boost, without drowning out its trademark sweetness, and complements the creamy saltiness of the mayonnaise and Cotija cheese.

The process for making XOtes follows the blueprint for traditional elotes, so it doesn't require much explanation. Shuck a few ears of corn, fire up the grill, and cook them over high heat, turning them occasionally until the kernels are lightly charred.

While the grill heats up, I stir together mayonnaise, crema (or sour cream), XO sauce, a handful of Cotija, minced garlic, a little lime zest, sliced scallions, and a pinch of ground dried Thai chilies in a big bowl. Once the corn is good to go, toss it into the bowl, and use a spoon to slather the ears with the mayonnaise mixture.

Plate them up with lime wedges (from the same lime that was zested earlier), and top them with a final sprinkling of Cotija, scallions, and ground chilies. Make sure to have a supply of napkins at the ready, and then go to town.

"Vegetable-forward cooking" is a term that is being used a lot these days, with more and more chefs embracing a style of cooking that puts more focus on vegetables as the star of a dish instead of a protein with vegetables appearing alongside, merely as a garnish. Flipping the script in this way doesn't necessarily mean omitting meat and seafood entirely during cooking, but just putting them in a supporting role.

XO sauce is a great item to have around if you are interested in trying to cook more vegetable-forward food at home; once you've made a batch, it can easily be incorporated into dishes like this one, and packs a wallop of flavor in a small, shelf-stable package. So go out and grab a bunch of late-summer corn, and grill up some XOtes before it's too late. 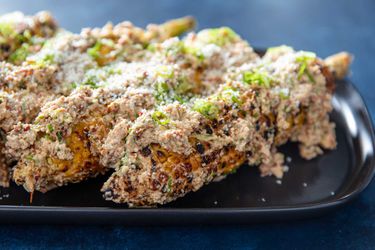 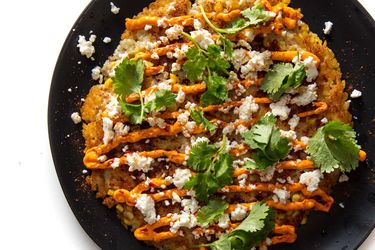 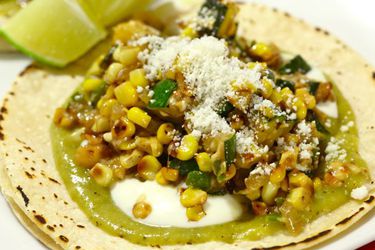 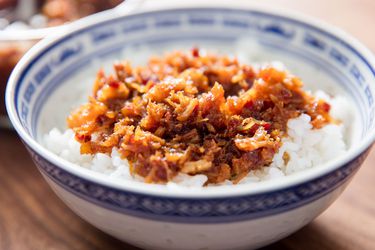 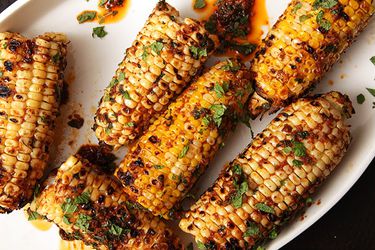