"I can only imagine the fuel and comfort it provides for those fighting with their lives for their beloved Egypt."

Here in Cairo, Tahrir Square is teeming with journalists covering the Egyptian revolution. It's easy to spot them—they're the ones not chanting in Arabic while trying to micro-blog. If they see their own, they usually lock eyes and give a head nod. Others are more territorial. I'm pretty sure I saw a famous white-haired CNN reporter trace his thumb across his neck in a threatening manner when he noticed me noticing him. ​
I am here to witness arguably the most inspired uprising of my generation. But while the real journalists focus on the "important" issues, a man with my appetite is busy exploring less media-friendly angles—I'm after the hungry side of the revolution. ​
Liberation requires massive amounts of strength. Without discounting the passion that alone has fueled millions into a weeks-long protest, it is clear that Egyptians also rely on another direct source of energy. And that is a deceptively simple comfort food: koshary, the legendary dish that every Egyptian can both wax poetic on and furiously debate the merits of.

"Koshary is a food of the people. Though associated with lower classes in Egypt, it would be tremendously ignorant to dismiss it as a 'poor people's comfort food.'"

​I arrived in Cairo on February 2, in the midst of intense clashes between pro- and anti-government demonstrators in Tahrir Square. I attempted to walk through the mobs to my hotel, and subsequently sprinted away from several stampedes. Hours later, I was covering more battles outside the Square, where the Kasr al Nile Bridge feeds into the sprawl. Amid frantic fighting, I noticed many were clutching the same bowl of food, eating while dodging airborne rocks with side-steps and jukes. They were eating koshary. ​
Koshary is a food of the people. Though associated with lower classes in Egypt, it would be tremendously ignorant to dismiss it as a "poor people's comfort food." Yes, koshary is very cheap to make and eat. But in a country with mass poverty, its very accessibility underscores the importance in its ability to feed everyone. Egyptians of all standing have fond personal memories of koshary. It is as close to a national dish as exists in Egypt and among the Egyptian Diaspora. ​

As with most national foods, koshary is essentially a platform with countless variations. Every version however includes at least the following: pasta (usually elbow macaroni, but often ditalini mixed with broken vermicelli); brown lentils; fried onions; shatta, a tomato-chili sauce; and vinegar. Lentils, shatta and then fried onions are piled on a base of macaroni and condiments are added to taste. Nutritionally, it provides extended moxie from complex carbohydrates, protein and fiber. Ideal food for a revolution indeed. ​ With such few ingredients, each vendor has little room to stand out. Competition is fierce. Allegiances to vendors rival those to local football clubs Al-Ahly and Zamalek (death is not an uncommon consequence of this rivalry). Recipes for the perfect shatta or vinegar are harder to steal than a sarcophagus. It's a joy to hear locals speak about their favorite versions with such conviction—that, too, in the middle of advancing mobs.

Where Are All the Vendors?

Despite the surrounding turmoil, every person graciously took the time to discuss the significance of koshary. My Arabic skills consisted of pointing at their food, rubbing my belly and giving the "thumbs up" sign. Thankfully, Egyptians are much less ignorant than I, and easily speak at least broken English.

Determined to avoid rotting food at our hotel, we began asking protesters where we could find koshary nearby. ("We" included me and a friend, Sarsura, whose excellent grasp of Arabic was the key difference in eating well and starving.) Due to the chaos in Tahrir Square, nearly all businesses remain closed. The economic consequences have been enormous—Egypt's finance minister recently announced that the loss on Egypt's stock exchange during the crisis now exceeds the one during credit crunch.

While devastating for store owners, the revolution has spurred its share of entrepreneurs (read: hustlers), who sell homemade shai (tea) and koshary. Large bags, stuffed with plastic cups of koshary, hang from the backs of vendors' bicycles; they are emptied within minutes. The next time you see a flash mob in Cairo, check and see who's in the middle of it. If you're lucky, it's one of these guys on a bike. ​ At dusk many demonstrators, largely families and the elderly, slowly retreated back home, making way for shadier and more aggressive men arriving packed in door-less minivans. Some women pointed us west over the Kasr al Nile bridge, away from the Square, towards possible vendors. Along the bridge, several men guided us farther west, towards the Sheraton hotel. At the Sheraton, a soldier on a tank grinned and motioned across the street. After a few paces, we found ourselves facing a civilian checkpoint. ​

Two men approached us with a lazy curiosity. I suppose a funny-looking Indian man (me) wouldn't raise alarms; I'm certain the curiosity was due more to the striking Egyptian woman with me. Exasperated, we asked about a koshary vendor. They confidently assured us that the Holy Grail laid two streets to the left.

A car sped towards the checkpoint and screeched to a halt. One man grabbed a hockey stick; he was quickly joined by his fellow civilians wielding clubs as they surrounded the car. As the drama unfolded to our right, one man, unfazed, continued to give us directions to the vendor. Such is the national desire to feed hungry strangers.

We soldiered down the empty streets (i.e. barely-a-soul-was-stirring empty). Cairo residents say the streets have never been this barren in their lifetime. In a city of 7 million plus, facing unemployment rates from 30% to 70%, thousands are always loitering outside. Gridlock usually provides a constant buzz of horns and curses. On the way into Cairo, our cab driver expressed his utter disbelief - and based on his driving, utter bliss - that he was able to drive above 20 mph for the first time in memory.

A few pockets of people milled about on the sidewalks even with a government-imposed curfew - smoking, joking around, looking to score a passionate debate. For many, an empty avenue in downtown Cairo signals an end to their world. Yet for the vast majority of the angered masses, it is a welcome apocalypse. ​ Apparently, Egyptians are notorious for giving bad directions. I am notorious for ignoring directions. Lost again, we asked a group of animated men for help, and they eagerly pointed around the corner.

So, How Does It Taste?

One vendor was aware of his exact role in this revolution. "We feed everyone," he said. "We ask no questions."

Context usually makes things tastier than they really are. Here, context merely made us more grateful for the koshary. Its deliciousness is absolute in any setting. I felt restored, human.

I can only imagine the fuel and comfort it provides for those fighting with their lives for their beloved Masr (Egypt). 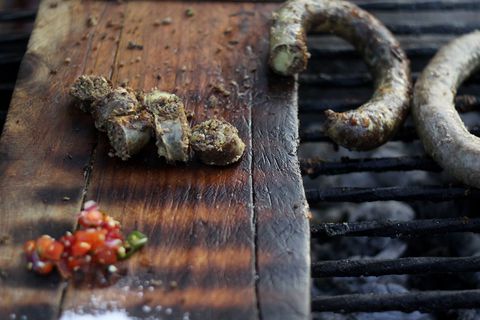 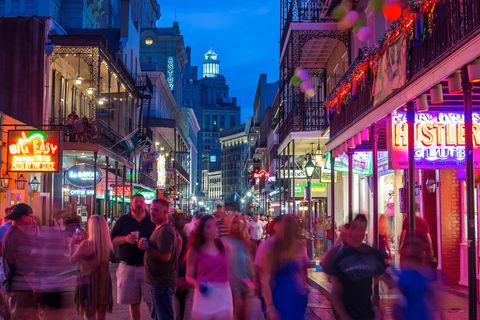 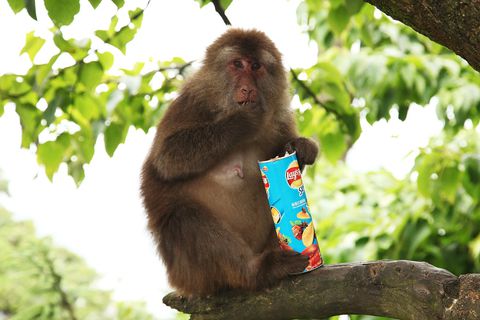 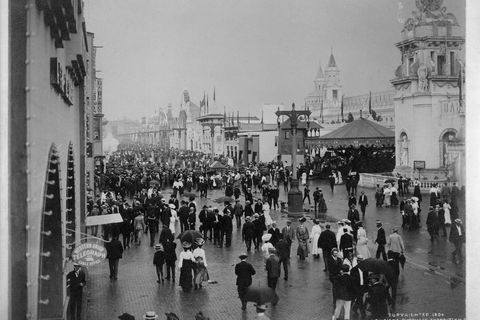 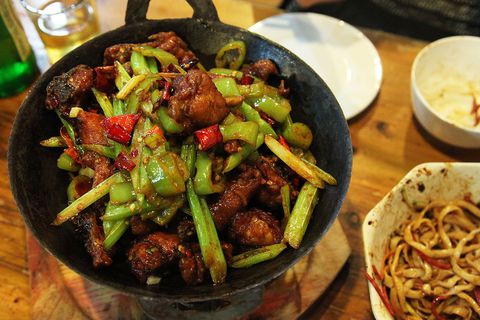 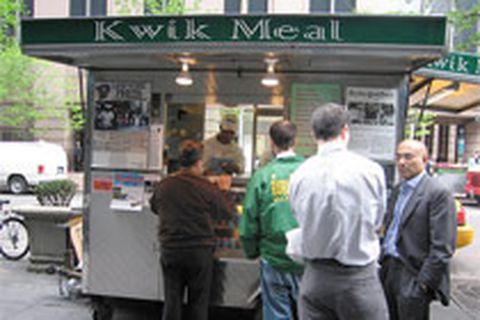 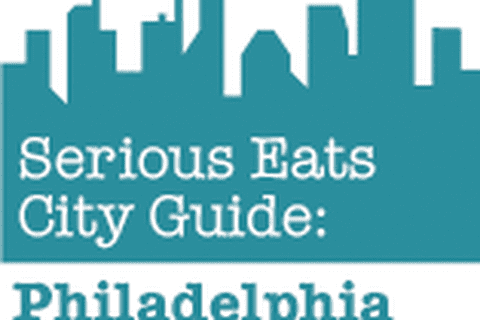 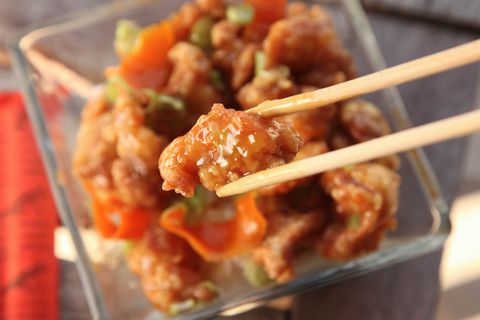 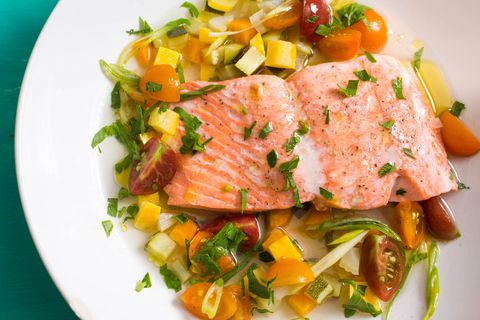 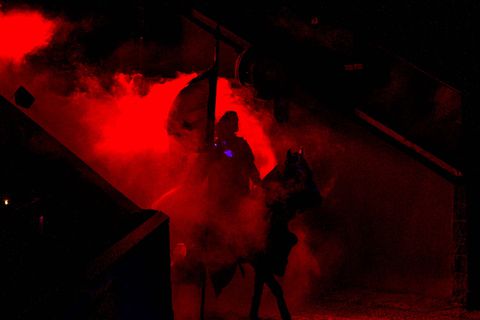 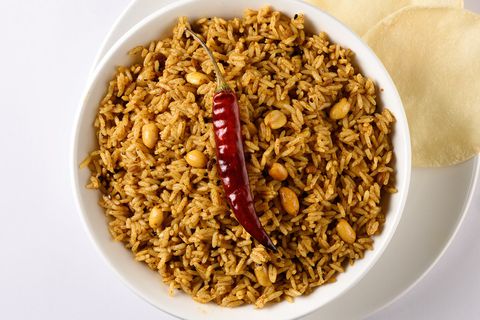