Eggplant takes well to the dark, sultry flavors of urfa biber, all the more so when charred first over blistering heat. Use a high-fat strained yogurt for the sauce, or it might break. 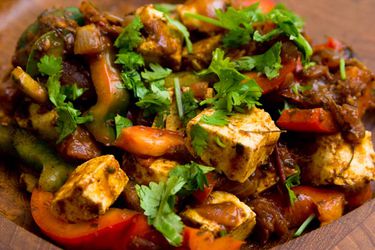