Simplicity's the watchword this week. For many of us who drink, our first forays into boozing came from simple two gunners: Jack and Coke, gin and tonic, vodka-cranberry, Scotch and soda. But there's no reason that simple drinks need to be super-simple in flavor. Today, I'll discuss a few 2-bottle drinks that deserve greater respect. These drinks are super-quick to make and offer a nice change of pace when it comes to flavor.

The Godfather: Scotch and Amaretto

The Godfather was one of a group of cocktails that became famous in the 1970s, though no one's really sure exactly why. Some stories say it was inspired by the famous gangster film; others say that Marlon Brando drank it regularly. I don't know if we'll ever know the truth of the tale.

Some people like equal parts of both ingredients, but I find that too sweet. The Godfather has a cousin in the Rusty Nail (made with Scotch and Drambuie), and with both drinks, I prefer to mix them drier than the 50-50 specification. Try three or four parts Scotch to one part amaretto, and go from there. This drink is pretty new to me, but I like its blend of smoky Scotch and nutty, fruity amaretto so much, I might be mixing it up on the regular from now on.

Get The Godfather recipe »

Bud Light Lime and St. Germain elderflower liqueur. You're probably thinking it sounds like an insane and possibly vile combination, but you're wrong. The bartender friend who suggested this combination to me called it "ambrosia in a glass." I found the drink to be crisp and refreshing; fruity, but not overly sweet.

Why does a drink like this work? Think about it. The Imperial Royale is nothing more than an elderflower shandy. Now, normally a shandy is beer mixed with citrus, lemonade, ginger beer, or apple juice. The Imperial Royal, pairing a lime-flavored beer and an elderflower liqueur, is simply a variation on that theme, and not really a particularly strange one at that. Many bartenders already pair St. Germain with lime, as in this twist on a French 75, and so the Imperial Royale really isn't that unusual. The cocktail arose in Boston, as a reaction against the seriousness (some might say "pretension") of the modern mixology movement. The drink says, "Relax, have some fun, and don't take yourselves too seriously. Have a tasty drink while you kick back a little."

Get the Imperial Royale recipe »

This is another Bostonian cocktail, created by John Gertsen, when he was at No. 9 Park. The drink has a simple genesis: Gertsen and his fellow bartender Kevin Montuori were riffing on Manhattan variations using Booker's Bourbon, which is bottled between 121 and 127 proof, or somewhere in the range of 60 to 63% alcohol by volume. At that heat, Booker's could take bold, bittersweet Punt e Mes on head to head, so the Boston barkeeps decided 50-50 was the way to go. This drink is basically a two-ingredient Manhattan, but when the ingredients are this good, and taste this good together, this cocktail might spoil you for other Manhattans.

If you don't have Booker's, you can try Jim Beam Black instead; it's a similar mashbill as the Booker's (possibly even the same), but aged for a shorter time and bottled at a lower proof. You might try a 2:1 ratio of Beam Black and Punt e Mes.

Get the Moto Guzzi recipe »

More a two-ingredient shot than it is a cocktail, the Ferrari is a ... challenging drink. Some drinkers will enjoy its bracing bitterness; others will think of it as Hell's hazing ritual. Me? I love the pants off of it. The Campari's subtle orange flavors pair well with (and somewhat tames) Fernet's minty fist. This drink won't convert anyone who hates either Fernet Branca or Campari, but if you love either or both, you should really try this.

Get the Ferrari recipe » 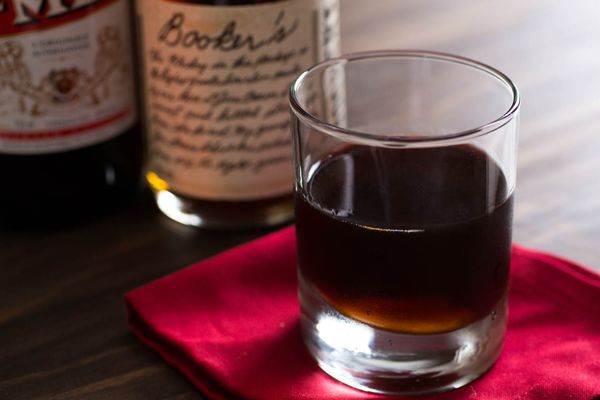 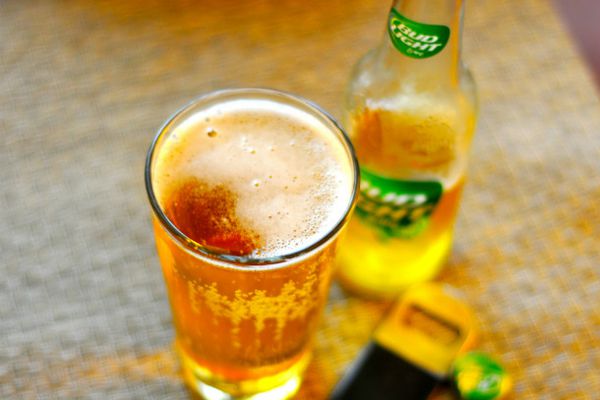 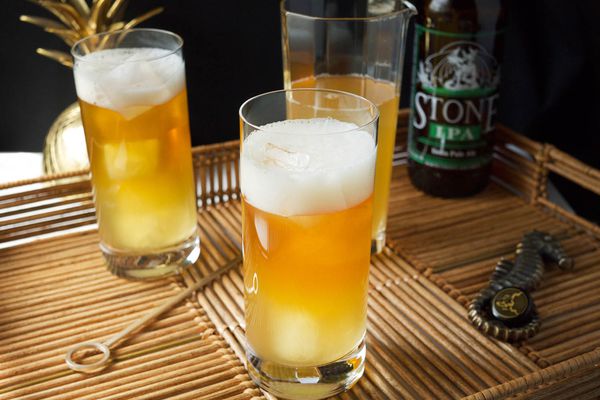