Dried Mushrooms have always struck me as a bit suspect. Tucked into little glassine packets, and always a few dollars more than what I want to spend, I wonder about not only their value but also their age. Some of the dried mushrooms I've brought home are petrified to the point of crumbling, and taste of dust more than anything else. But for all of the time that I've spent lamenting about dried mushrooms I've never once considered making them at home.

When I came upon this recipe for Dried Mushrooms in Put 'em Up! by Sherri Brooks Vinton I realized that making my own at home was easily doable. The recipe (more of a technique, really) allows you to make your own blend of dried mushrooms depending on which fungus is your favorite.

Once you have gathered your mushrooms all you need to do is brush off any dirt, slice them into 1/4-inch pieces, and arrange them on a drying screen or cooling rack in a low oven. The oven door is propped open slightly so that the moisture has a chance to vent, and a few hours later you are left with some of the best-looking and tasting dried mushrooms around.

Once they are dried to the point of leatheriness and cooled to room temperature the mushrooms can be stored in an airtight jar for up to a year and rehydrated in warm water whenever you need a mushroomy hit of umami.

Adapted from Put 'em Up! by Sherri Brooks Vinton. 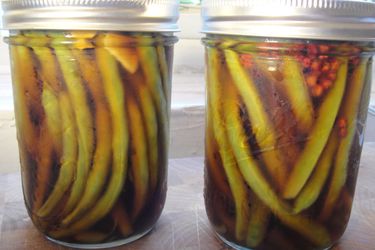 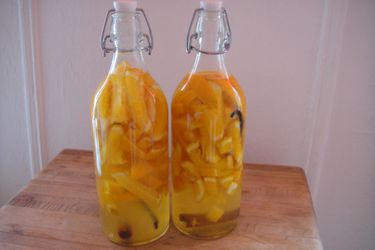 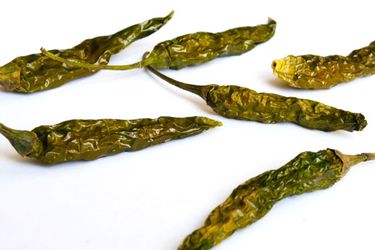 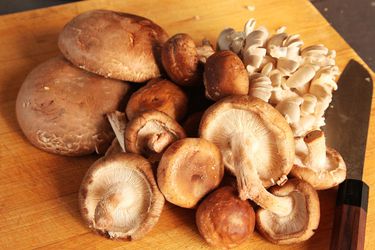 How to Clean Shiitake, Portobello, and Oyster Mushrooms | Knife Skills 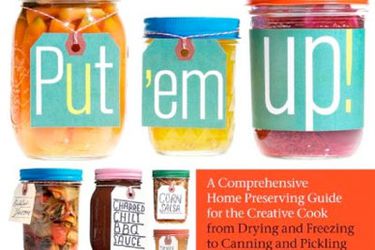