Restaurant managers, servers, and chefs all say it: Stay in and have a romantic dinner at home instead.

It sounds so innocent, going out to a nice restaurant for a Valentine's Day meal. But the way Mandy Lee puts it, the holiday often means a night of "incredibly wasted couples making out and sometimes never ordering." Lee, a Minneapolis-based server, isn't alone in thinking this way. If you're scouring the Valentine's menus that restaurants are pushing this week, we urge you to stop: Don't go out to eat on Valentine's Day.

If you don't believe us, listen to the servers, restaurant managers, and chefs we interviewed on exactly why it's a better night for staying at home.

"Waiting on more independent tables—eight pairs instead of four four-tops, for example—means a higher number of checks are open at any given time"

Even restaurants that normally offer great service can flounder come Valentine's Day. When we asked some restaurant-industry folks about the challenges, almost everyone mentioned the chaos of temporarily breaking up four- and six-tops and communal tables to reformat the restaurant as couples-friendly, which leads to confusion in service. "Waiting on more independent tables"—eight pairs instead of four four-tops, for example—"means a higher number of checks are open at any given time", notes Hadi Ktriri, a New Orleans–based bartender. "Servers are under enormous pressure to get each one right." And it's not just the checks: If the restaurant's serving a special menu, the servers are under added pressure to remember "wine pairings and ingredients for a dish that they just saw for the first time right before service," says Collin Casey, a former Bay Area sommelier.

Stress aside, your server may not want to be at work in the first place. Andy Lee, owner and beverage director of Mira Sushi & Izakaya in New York, says that "one of the interesting challenges is to get enough front-of-house staff to work that night. Some staff will want to work because they're making a lot of money, but others want to go on a date with their girlfriends or boyfriends." If you're lucky, your server won't take their frustration out on you, but you're much more likely to catch a sunny disposition on any other evening.

The Problem of Prix Fixe

In order to handle a higher volume of guests, many restaurants cope by requiring everyone to order a prix fixe menu. On one hand, "you know how much you are paying and can gauge whether it's appropriate for your budget before you go," notes Portland sommelier Stacey Gibson, though she warns that drinks may not be included in the price.

But the prix fixe menu may not be designed with your best interests in mind. A cook who's worked at some of Seattle's most popular fine-dining houses (and preferred to remain anonymous) told us that restaurants know that "Valentine's Day is a day where customers are willing to spend money recklessly.... You don't want to disappoint or short-change diners, especially in the age of Yelp, but you want to take advantage of their temporary looseness with money in a way that makes an outsize profit." The prix fixe menu, he says, "super-sizes the amount of food each diner orders," while reducing the volume of ingredients wasted by gambling on a dish that no one orders.

" "It's a high-volume night, often with a menu the line has never cooked before (or hasn't since New Year's Eve)""

While some restaurants may be proudly featuring new dishes on a prix fixe menu, "the kitchen might also be cleaning out the walk-in," says Kim Hatcher, who has worked front of house in several Vancouver restaurants. The food may not be the kitchen's best work: "It's a high-volume night, often with a menu the line has never cooked before (or hasn't since New Year's Eve)", says Casey.

It's worth remembering that the restaurant may not be offering your favorite dishes from previous visits. "When a restaurant decides to run a prix fixe menu, they inadvertently take off menu items that a couple came for in the first place," says Ktriri.

And, while a long, lingering tasting menu might be just right for some canoodling couples, Gibson warns that a prix fixe "can also lock you into something whether your date is going well or not."

Restaurant hosts and servers have witnessed the kinds of scenes you might not want encroaching on your romantic evening. "For some reason, some couples decide that Valentine's Day is a good day to end a relationship," recounts Ktriri. "Years ago, when I was waiting tables at Arnaud's Restaurant, I encountered one such table. They were fighting over a text message that the guy sent to some friend of his that happened to be a girl. As his date became more and more irate, he left the table to take a shot at the bar. The girl followed him and accused him of leaving the table to 'text his whores.'" The date ended shortly after.

Jason Wagner, of Fung Tu in New York, recalled one Valentine's Day back when he was a server. "I had a lady who got stood up on Valentine's Day. She got really, really drunk and was crying all night. It was super awkward." Sometimes the problem is more about who is present than who didn't show up: "A couple of years ago," recalls Alex Bouvier, the general manager of 398 Restaurant & Bar in San Francisco, "a guest proposed to his girlfriend, but he didn't know that his ex-girlfriend was at the same restaurant as well. We had a cat fight in the middle of the restaurant between the new fiancé and the ex-girlfriend." Lee offers this pro tip: If you get divorced, "maybe one of the things you should hash out in your custody battle is your favorite restaurant."

If You Decide to Go Out

Still determined to celebrate Valentine's Day with a dinner out? For the best experience, Kayla Arthur, a restaurant manager in Chicago, recommends that you "dine early or dine late, but don't go between 6 p.m. and 8 p.m. That's peak period for most restaurants, and when service is most likely to falter." Robert Wright, of Frances in San Francisco, urges diners to "go somewhere you regularly dine and trust." Hadi Ktriri adds: "And please, for the love of god, make a reservation in advance. There's nothing worse than turning away a young couple in love from having a nice dinner because they lack the foresight to make a dinner reservation."

That's one reservation—not more. Don't be a jerk, urges Cincinnati-based chef Todd Kelly. "Make reservations at one place, and keep them. You hear of people making reservations at all of the top restaurants on special-occasion nights to impress their date, and acting like a big shot when their date arrives because they can say they can go to any restaurant, but you're ultimately being inconsiderate."

""If your date is willing to be flexible, I often find that dining out the night before is much more relaxed than on Valentine's Day proper""

Better yet, consider defining Valentine's Day a little more loosely when it comes to the calendar. "If your date is willing to be flexible, I often find that dining out the night before is much more relaxed than on Valentine's Day proper", says Aaron Sherman, a St. Louis–based beverage director. "If you haven't made reservations yet, make one for the 13th, and start the whole Valentine's weekend off early. Just think, an extra 24 hours of romance! Plus, you can order in on the 14th and spend the night together away from the crowds." You can also pick a less conventional dinner spot that isn't bothering with a lovey-dovey prix fixe, or pick a food-based activity besides dining out, for a fun-filled evening without the hassle (or check out our favorite Valentine's Day recipes right here.)

Whatever you do, think twice before planning to propose marriage after the salad course. "I'll say it's always flattering to the house when people want to remember that meal forever. Still," says Casey, "I totally advise against it. Too much can go wrong, and you're not setting the pace of what's happening...the restaurant is. I'd find a nice tree to sit under, get engaged, then go to dinner." Luke Dirks, managing partner at Happy Cooking Hospitality in New York, adds one more caution: "If you are going to do it in a public setting like a restaurant, be 99.9% sure you already know the answer to your question." 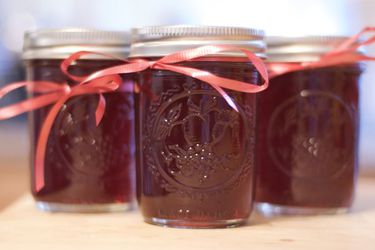 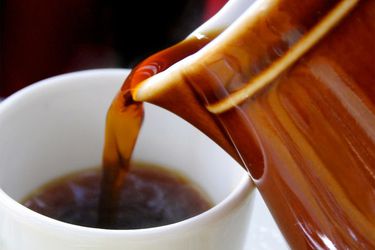 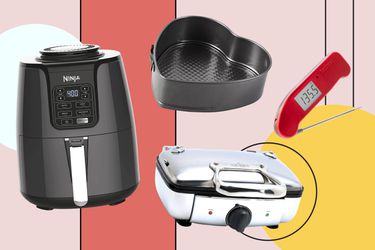 The 28 Best Valentine's Day Gifts for Cooks and Food Lovers