We aren't a bragging bunch here in Denver. So it feels almost unseemly to claim that we're the best of all the great beer cities in America. Folks around here know there's always someone who can run up the mountain faster or ski down it with more style, and many of us have learned—some of us the hard way—that modesty is the best policy.

However, those humbling moments? They can spark the motivation to run harder, get creative, be first. And, when I think of all those cities out there that have tried so hard to keep up with us over the years, false modesty is unseemly, too. So I'll just go ahead and say it: When it comes to craft beer, Denver is the king of the mountain.

Let's start with a little history. Beer came to Colorado with the Gold Rush, in the 1850s. The miners were a thirsty bunch, and the Rockies provided valuable resources for brewers as well—ice and clean, clear water. Tivoli Brewing Company was churning out a bock in Denver by the early 1860s, and in the next decade, Adolph Coors was leading the beer rush in Colorado with his lager.

Prohibition left the entire country with fewer breweries. But by the time macrobreweries were taking over the land, in the 1970s, there were already rumblings of a craft beer revolution in the foothills northwest of Denver. Home-brewing icon Charlie Papazian (founder of the Association of Brewers and author of home-brewers' bible The Complete Joy of Homebrewing, now in its fourth edition) started putting on huge beer-based gatherings for people passionate about brewing and sharing their own beers. By 1982, those gatherings had evolved into the Great American Beer Festival (more on that later).

"It's an embarrassment of riches to be a beer fan here—not only because of the sheer quantity, but because so many of our brewers are innovators and tastemakers."

These days, Denver is a city that boasts a depth and breadth of breweries that's tough to fathom. "We don't have a hard number in Denver," says Steve Kurowski of the Colorado Brewers Guild, a nonprofit that promotes Colorado craft brewing. "We think it's 62, but a brewery may have opened up in the last five minutes." It's an embarrassment of riches to be a beer fan here—not only because of the sheer quantity, but because so many of our brewers are innovators and tastemakers.

It's not just Denver proper that's home to the best breweries in America, either. I live about an hour north, in Longmont, home to two breweries you probably know (or should, if you don't): Left Hand Brewing and Oskar Blues. Left Hand's Milk Stout was the first nitro beer packaged by a craft brewer in the US. (My dad called me from St. Louis to ask whether it was supposed to be flat. "Pour hard," I told him. "It's on the label." Left Hand invented this technique, which brings smooth nitrogen instead of CO2—what most beers get their fizz from—home to consumers.) Oskar Blues is distributed in 50 states; from their ubiquitous Dale's Pale Ale to their latest aged offering, if you haven't found a brew you like, you probably haven't tried very hard.

While Longmont is a little Beertopia in and of itself, my husband and I know the bounty of beer that awaits us in Denver—I work there, but sometimes happy hour isn't enough. So some weekends, instead of heading to the mountains, we pop down to Denver to check out new breweries.

And there's a lot to explore. Start at TRVE, a heavy-metal brewery on South Broadway, where an animal skull watches over the taps and a friendly server in all black (including her ink!) might suggest the Grey Watcher, a bright and spicy saison that was inspired by an old recipe for an ale brewed for French miners. Then swing by Former Future Brewing Company, which opened in 2014, with a World War II–themed taproom (the bar is made with the old wing of a Cessna airplane) and historical styles of beers with modern-day twists, including a salted-caramel porter and a patersbier, a light, malty Trappist ale made with rosemary and rye.

You could also check out Spangalang, a newer brewery in Five Points, a neighborhood steeped in jazz history. (A "spang-a-lang" is a jazzy cymbal pattern.) The brewery won a gold medal at the 2015 Great American Beer Festival, just three months after it opened. And Sugarfoot, their summery, lemon-hued (and lemon-flavored) Belgian table beer, took an award at the 2016 World Beer Cup last month. Oh, and I couldn't leave out the neighboring River North Art District, just north of downtown. RiNo's made for makers, including brewers. It's bursting at the seams with creative suds, like the gorgeous, boundary-pushing beers at Crooked Stave, known for its phenomenal Belgian-inspired sours, as well as dry-hopped saisons and Belgian whites.

But enough about our fantastic beers. Another thing that makes it obvious Denver is the best beer town in America is the aforementioned Great American Beer Festival. In 2015, we hosted about 750 breweries and more than 60,000 beer-loving folks at the Colorado Convention Center. It's worth traveling for, so note: This year's festival takes place October 6–8, and if you want to come, be sure to buy your tickets as soon as they go on sale, at 10 a.m. (MT) on August 3. Last year, they sold out in about an hour. Try to snag a spot for Paired, which features beers along with small bites that are created by local chefs just for that brew.

Let me end my argument for Denver on another historical note. During GABF, a popular stop for tourists is Wynkoop Brewing Company, which was the state's first brewpub when it opened in 1988. One of Wynkoop's founders, John Hickenlooper, is the former mayor of Denver and Colorado's current governor. So yes, even our governor is a beer guy. 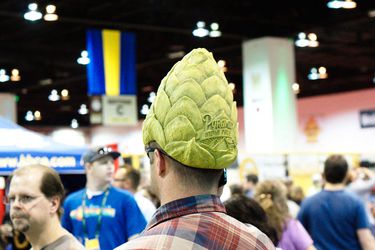 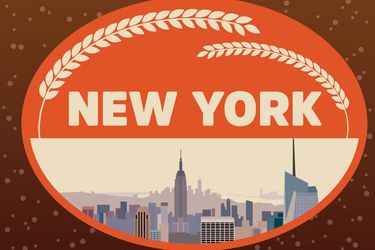