It's always fun to look back over the past year and be reminded of everything we worked on (read: pigged out on). Choosing favorites is never easy, but these are some of the ones that struck me as the most memorable, interesting, and/or delicious. Well, always delicious.

Duck confit isn't the most practical recipe for the home cook, primarily because the traditional method requires a large reserve of rendered duck fat to make it. Cooking it sous vide solves that problem brilliantly. Because the duck is sealed in a vacuum bag, even the small amount of fat that renders from each leg during cooking is enough to effectively "submerge" it. Plus, the low-temperature water bath gives you even more control over the final texture of the meat. I tested round after round until I found what I think is the ideal combination of temperature and time, producing legs that are extraordinarily tender, silky, and moist. Now you can make duck confit at home whenever you want, vats of schmaltz be damned.

I've long had a love-hate relationship with Greek salad. In theory, it has everything I love, like fresh summer tomatoes, crisp cucumbers, olives, feta cheese, and more. The problem is that too many versions overload the feta, mixing it into every bite. It can quickly tip the scales into an overly briny, salty assault on the mouth. Then I learned that in Greece they don't serve it like that. Instead, they put a couple beautiful slabs of feta on top of the salad, allowing the diner to choose just how much feta to get in each bite. It's such a small thing, but it makes all the difference. The salad is more harmonious, more customizable, and primed to let each ingredient shine. I'll never make it another way again.

A salmon burger is one of those things that always sounds good on paper, but never lives up to its promise on the plate. They're almost always dry and crumbly and low on flavor. I decided it was time to make a salmon burger that was exactly the way I've always wanted one to be, testing everything from how to chop the fish (answer: by hand) to how to incorporate bread crumbs—not in the mix itself, but instead as a coating on each patty, which creates a crispy crust while acting as a layer of insulation that protects the fish from overcooking.

I have a weakness for mentaiko spaghetti, a Japanese pasta dish with a sauce made from spicy cured fish roe, butter, and soy sauce. The hardest part is getting the roe itself, but just about any Japanese grocer will sell it, often in the freezer case. If you grab a little extra the next time you visit a Japanese mart, you can be sure to always have the basic ingredients on hand for whenever the mood strikes...because this is very much a when-the-mood-strikes dish, the kind of thing you whip up when a craving rumbles in your gut. You don't want to have to wait, and now that I've worked out my ideal version of the recipe, I no longer do.

Creole Jambalaya Without Any Twists and Turns

In my research for this classic from Louisiana, I came across dozens of websites and videos that gave detailed explanations on how to "turn"—that is, stir—a jambalaya without ruining it in the process. That's because most recipes have you cook the jambalaya on the stovetop, which risks scorching the rice on the bottom. Stirring it prevents that, but as we all know, stirring cooked rice can break it down and make it gummy. I figured, why cook it on the stovetop at all? My recipe moves the Dutch oven to an actual oven, which delivers more gentle and even heat, cooking the rice through without any risk of it burning. That means you don't need to turn it, which in turn means you won't end up with gloppy results.

For several years now, Kenji has devoted the month of March to vegan recipes. It's something I've mostly watched from the sidelines, because, if I'm being honest, vegan cooking has never been of particular interest to me (that is not to say, however, that vegetarian and vegetable-heavy recipes are not of interest to me). Still, it always looked like a fun challenge, so this year I decided to give it a try, and I did it in the most spectacularly stupid way possible, assigning myself carbonara, a pasta dish that is literally defined by non-vegan ingredients: eggs, cheese, and pork. It ended up being one of the most fun and rewarding recipes I've worked on in a long time, forcing me to think more flexibly and creatively than I almost ever have (just to give you a hint, my solution involves sauerkraut). Will it fool a meat-eater into thinking it's a true carbonara? Definitely not. But it captures the flavor profile and spirit of the dish in a way that I don't think almost any other vegan rendition has, at least based on the ones I've seen. I was so happy with my results (as were many readers, based on the feedback I've received), that I can't wait to do more vegan recipes in 2018.

Sometimes a basic technique reveals itself to have multiple applications. Back when I was working on my homemade sauerkraut recipe, I noticed how tasty the wilted salt-rubbed cabbage was before it had even started to ferment. That got me thinking about how to use that to my advantage in other situations, and it quickly occurred to me that many Brussels sprouts salads could be improved with a salt-wilting step. Too often, the raw shaved Brussels sprouts are tough and crunchy; softening at least a portion of them by massaging them with salt could lead to a better overall texture. This nutty salad, perfect in the wintertime, is the result.

Katsudon has long been one of my favorite cheap and filling Japanese meals—you get everything you need, including plenty of protein from both the fried chicken cutlet and the egg, and carbohydrates from the rice below. And, um, I'm pretty sure the onions count as a vegetable, right? Until recently, though, it was strictly a restaurant thing for me. That all changed when Kenji published his recipe for it, revealing just how simple it is to make at home. Given that my home in Queens is nowhere near a good restaurant version of the dish, that's even more important than ever.

Few things excite me more than being handed a package of inflight Biscoff cookies instead of pretzels or peanuts. One of the few that gets me even more giddy? Stella's brilliant Biscoff ice cream. This stuff is totally different from classic cookie-dough ice creams, in which little balls of raw cookie dough are scattered throughout some generic ice cream base. Instead, the ice cream base itself is steeped with the crispy and spiced cookies, extracting their flavor directly into the cream itself. After straining out the wet cookie pulp, Stella then churns that Biscoff-flavored base into an ice cream with a texture that is unlike anything I've ever had before. It's denser and chewier than regualr ice cream, with a deep baked-cookie flavor in every bite.

A Gratin That Will Convince You at First Bite

I can't begin to tell you how fortunate we are to have Sohla as the newest member of Serious Eats' recipe team. She's just barely getting started and already hitting both her recipes and articles out of the park. I was completely struck by this one, a beet gratin topped with a crisp pistachio crumble. In all honesty, it's a hard sell. First, there are the beets, which are a vegetable that no everyone loves. Then there's the mysterious addition of dried Morita chilies, plus crème fraiche and cornstarch. It sounds...weird. But, having tasted it, I can tell you this gratin is utterly divine. It's both unusual and elegant, completely striking in both concept and flavor. It belongs on every table this holiday season. 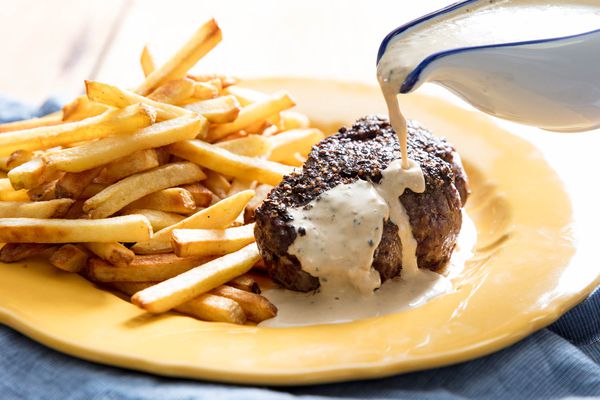 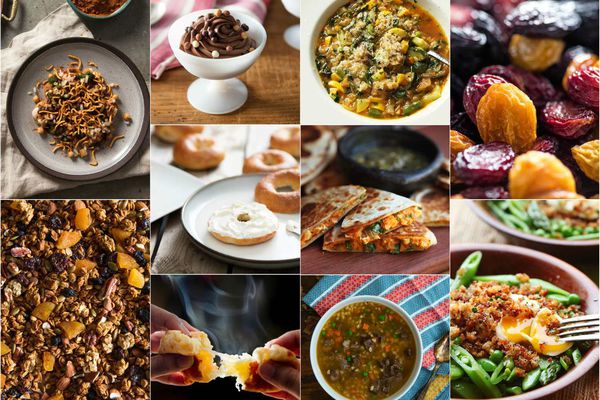