Amidst the pandemic, CSAs and direct-from-farm food is more accessible—and attractive—than ever.

When Blessing Schuman-Strange was laid off from his job as the executive chef of Nitehawk Cinema, a dine-in theater in Brooklyn, in mid-March, he worried about how he and those around him were going to eat. Grocery stores in his neighborhood were crowded, and fears of contracting or spreading COVID-19 in such places, especially for at-risk groups, was high. So Schuman-Strange sent an email to a few friends asking whether they would be interested in splitting a big order from a sustainable farm collective he knew of in Upstate New York, Veritas Farms.

"I thought it would be five or six of us getting a case of kale," recalls Schuman-Strange. But word spread quickly, and for the last month, he’s been coordinating weekly deliveries of produce, eggs, dairy, and meat for more than 20 households.

Schuman-Strange’s experience isn’t unique: The pandemic is forging fresh inroads between consumers and small, local farms around the country. After orders from restaurant and retail accounts almost evaporated overnight, many of these farms are struggling, and have had to overhaul their operations to focus on direct-to-consumer and delivery services. At the same time, as stay-in-place orders have become an unlikely discovery mechanism for local farms, memberships for CSAs are on the rise. (An acronym for Community Supported Agriculture, the term describes community-operated groups that pay up front—thus ensuring sales—for weekly shares from a local farm or farm collective for a period of time.) Demand has been so high lately that small farms and outfits that already deliver food directly to customers through CSAs or "farm boxes" are overwhelmed beyond capacity. And while it may require much more labor to individually box and deliver food to households, some farms and farm distributors are committed to making it work.

"We had to transition to taking web orders, which is very different from being able to answer people’s questions about our foods when they are shopping in the farmers’ market," says Joanne Malino, co-owner of Profeta Farms, a regenerative farm in Huntingdon County, NJ. Previously, the farm only sold their produce, meat, eggs, and dairy from their farm stand. In early March, Malino and her team started offering delivery to customers in Maplewood and South Orange, NJ. Since then, orders have increased more than ten-fold, they’ve hired six new employees, and have increased their delivery range each week.

"It’s hard to analyze at this point how the change is affecting our profitability, but it’s definitely worth it, because we are realizing our mission of bringing organic, healthy food to as many people as we can," says Malino.

Whether a marriage of convenience or mutual desperation caused by the pandemic, the trend is turning many people onto the benefits of local food.

"I hear a lot of people saying, 'I started doing this subscription because of [the pandemic] but it’s so fantastic, I’m just gonna continue with it after this is all over,'" says Cory Johnston, a driver for Farm to Fork, a local food delivery service in Colorado Springs, CO. When he began working for the company in February as its third employee, he says they were making about 200 deliveries per week. Now, they’re making more than 1,500 a week, and have 15 employees. His delivery route has been taking 12 to 14 hours each day, but he says it’s fulfilling to provide fresh produce to so many people, some of whom leave a tip jar on the porch for him.

"The veggies were not good, the ones I’ve seen at the supermarket," says Johnston, who had recently moved back to his home state of Colorado. "Living in New York, I used to get Fresh Direct all the time, but that idea has never been the case out here. The only food you could get delivered before this was pizza and Chinese."

Similarly, back in Brooklyn, Schuman-Strange says he and his group have become hooked on the incredible quality of the ingredients they’re now enjoying, like pastured eggs with deep-orange yolks. When he was working as a chef, Schuman-Strange says he would often grab food at his local bodega after his shift because he was working 14 hours a day, and didn’t have time to get to the farmers market for his own shopping.

"It’s gratifying to provide a nice thing for people in my life but also to bolster the kind of food supply chains that I think we should have."

"Being able to access much better food than I used to eat has been one of the best things to come out of this," he says. "It’s gratifying to provide a nice thing for people in my life but also to bolster the kind of food supply chains that I think we should have."

Yet, with so many newcomers to the concept of farm-delivered food, the last couple of months have been something of a mass introductory period for local, seasonal eating. And for many regions, it hasn’t come at the most opportune time. Given the relatively short growing season in the Colorado Springs area, for instance, Farm to Fork supplements off-season boxes with organic produce from large distributors.

"People assume springtime is when everything starts bustling on a farm," says Wen-Jay Ying, founder of Local Roots NYC, a nine-year-old subscription service that works with a handful of farms and producers in Upstate New York and surrounding areas. Instead, the first few weeks of shares for the many new members who joined in late-March or April consisted of dirt-caked root vegetables, mushrooms, and apples from last fall’s harvest, as well as some greenhouse-grown produce as spring vegetables just began to trickle in.

"But that’s kind of been our focus now, helping to show people what local food really is, and the benefits of it, so they can actually see what a food system is and how food gets to you," says Ying.

Local Roots NYC, too, has received a massive spike in memberships recently, which has helped buoy its participating farms that have lost so many restaurant clients. Ying has observed how this local network of farms has been incredibly collaborative and supportive of one another in these difficult times, sharing resources like staff and transportation.

"I think the [industrialized] food system, which is a huge, impractical industry, intentionally hides the truth from people and that’s why it’s been so hard for consumers to even see that this is an option."

"CSAs have been around since the ’80s, but it seems like a veil has been lifted and people are finally seeing that there are other options out there," says Ying. "I think the [industrialized] food system, which is a huge, impractical industry, intentionally hides the truth from people and that’s why it’s been so hard for consumers to even see that this is an option."

But, the prospect of cooking at home for a sustained period of time, and possibly the fear of contracting the novel coronavirus in a grocery store, has been enough to push some over the edge into joining a CSA or farm box share.

"Since I live alone and used to go out a lot, I was afraid of committing to something that was weekly," says Veronica Chan, a marketing consultant in Brooklyn, NY.

Now, she enjoys picking up farm boxes in her neighborhood from Upstate Farms, which offers a weekly share in four-week installments at a time. Chan says she’s not a stickler for organic produce, but thinks the food she’s been receiving has been a vast improvement from what she can usually find in her local grocery store. She still sometimes misses having more control over what she buys, but there has never been too much of any one thing in the box so far. It’s just forced her to eat more vegetables, and to design meals around them.

"Before, I might have bought a bunch of dill that was half dead because I needed it for a recipe," says Chan. "I feel a lot more comfortable improvising than I ever have been before."

Kitchen faculty—and creativity—has been another happy accident of the farm box boom.

"Fennel has showed up, which we don’t normally love, so I’ve pickled it, and roasted it with garlic butter and a squeeze of lime," says Christine Gallary, a food editor in the Bay Area who has begun ordering boxes of produce from a small variety of local farms, like Tomatero Organic Farm in Watsonville, CA, since the pandemic.

The latter was "heavenly," she says. Gallary still isn’t sure she’d go out of her way to buy fennel as a result of this fortuitous discovery. "But now I know how to prepare it the way I like it when it shows up in a box."

Looking for a local CSA? Search for one here. 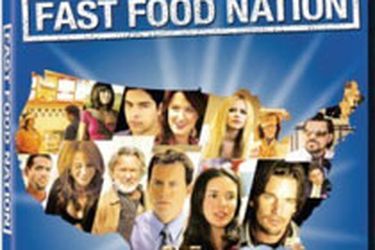