For such a no-frills dish, latkes can be surprisingly difficult to get right. Between the potato shredding and draining, the frying method, and the challenge of keeping the cooked pancakes crisp and warm, latkes are not for the faint of heart. Nick Zukin and Michael C. Zusman's crispy latkes from The Artisan Jewish Deli at Home are somewhat middle-of-the-road in terms of difficulty.

They advocate using the shredding dish on a food processor to streamline the work, and aren't terribly worried about the batter seeping liquid as it waits to be fried. Instead, they squeeze out the remaining liquid from the shredded potatoes right before slipping the patties in the oil. These steps make for latkes that are somewhat creamy on the inside, and super crisp on the outside—perfect for dragging through applesauce, or as a bed for their decadent pastrami Benedict (recipe coming tomorrow).

Why I picked this recipe: You can't have Hanukkah (or Thanksgivukkah, for that matter) without latkes!

What worked: I liked that the recipe wasn't terribly neurotic, but it still gave me great, crisp latkes.

What didn't: No problems here!

Suggested tweaks: Zukin and Zusman suggest spiking the latkes with garlic and/or roasted red pepper. I'd add that frying them in turkey schmaltz could also be a wonderful way to embrace of the holiday. 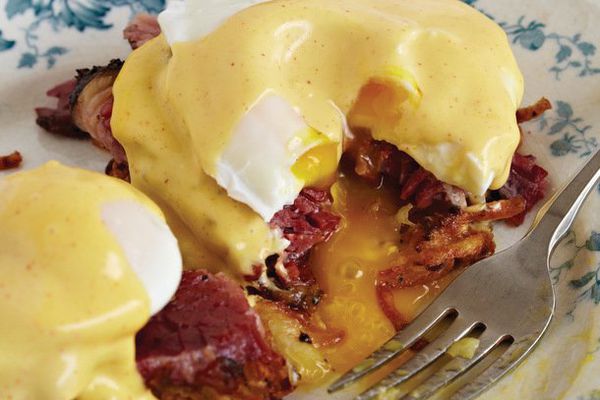 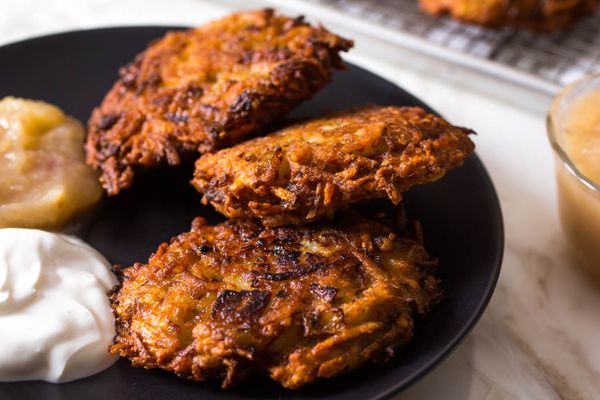 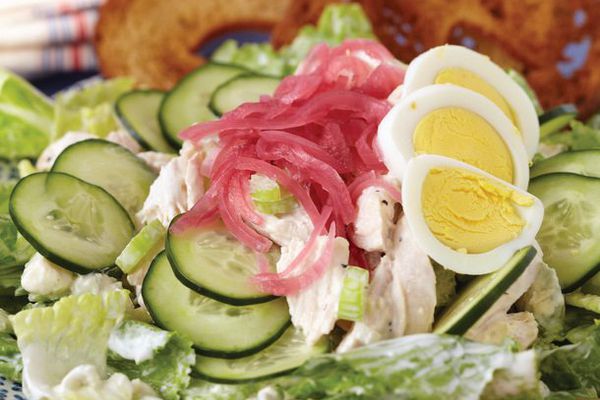 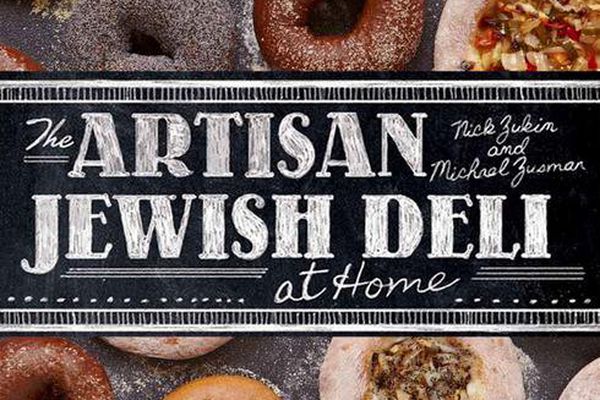 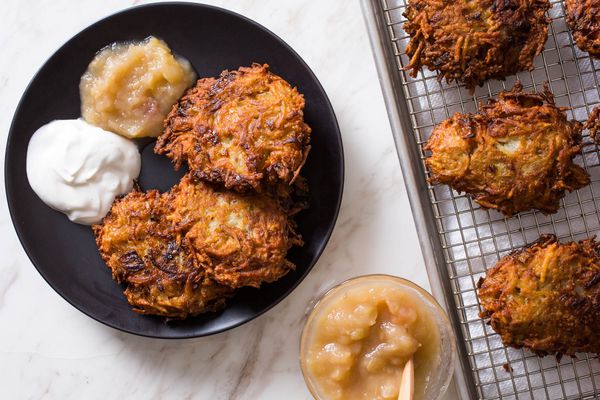 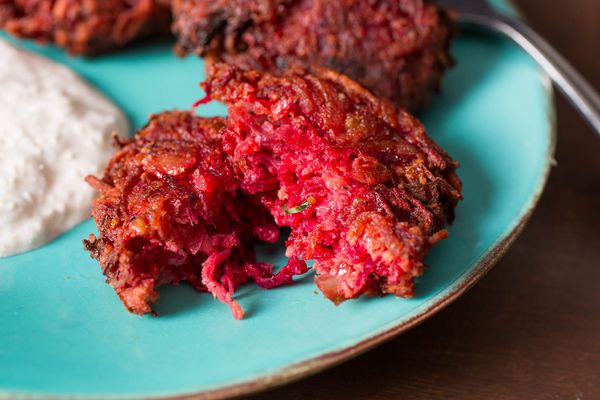 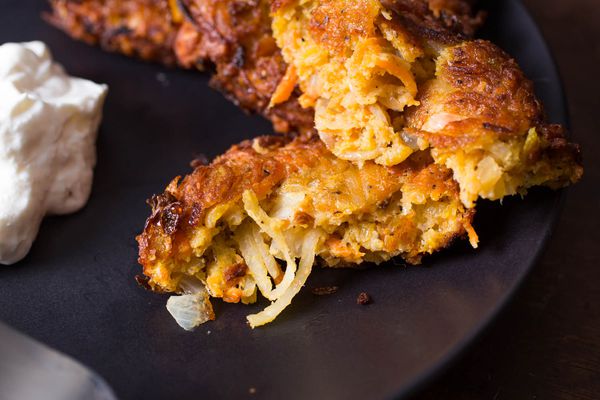 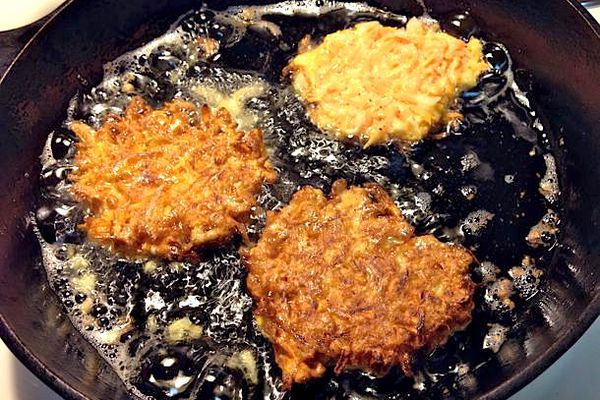 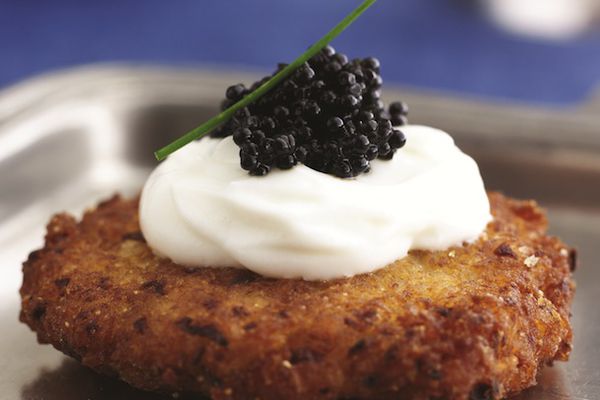 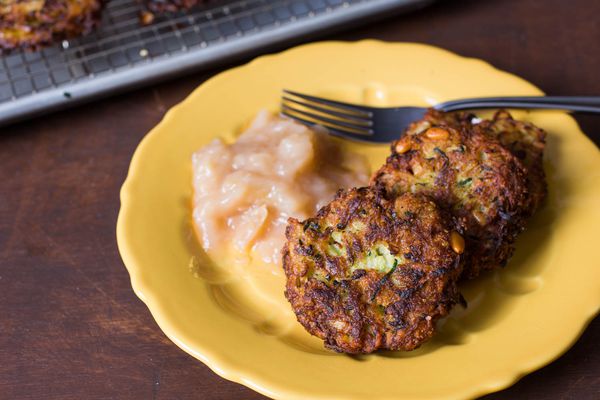