The three-tier system: it sounds a bit like a tactic employed by some kind of pyramid schemer, and to some folks in the beer industry, it's no better. Others see it as a necessary evil and still others embrace it as a boon. Good or bad, the three-tier system almost definitely played a role in getting that six-pack to your fridge.

This is how we get our booze in America—it's the process through which most alcoholic drinks are taxed and sold in the United States. It ultimately boils down to this: with some exceptions, all beer, wine, and spirits must be sold by their supplier (say, a brewery or winery or an importer of booze) to a wholesaler (AKA a distributor), who sells those beverages to a retailer (like a bar, restaurant, or bottle shop), who then sells them to you (hi there). Those are the namesake three tiers to keep track of: (1) supplier, (2) wholesaler, (3) retailer.

"Some people credit the three tier system for the current boom in American craft beer."

Hatred for the system within the beer world seems justified, at least on the surface: the three-tier setup seems contrary to the typical flow of capitalism and it necessitates middlemen that sometimes just make beer less fresh and more expensive. But despite these frustrations, some people credit the three tier system for the current boom in American craft beer.

It all started in 1933. When Prohibition was repealed, power was given to the states to regulate the sale of alcohol within their boundaries. The three-tier system offered trifold taxation capabilities and promised to help prevent the establishment of monopolies.

You see, if breweries are allowed to own their distribution and retail outlets, it's easy for the biggest companies to wield their financial clout to stifle competition. To see what that can look like, open your history books. The beer industry in mid-20th century Britain became dominated by "tied houses"—retail establishments owned or controlled by breweries. These pubs had a tendency to serve only the beers associated with their controlling brewery (shocking, right?). Without places to sell their beer, the little guy struggled, and much of the British beer industry fell under the control of just six breweries.

So, there's something to the idea of encouraging competition with a three-tier system. But because every state in the U.S. gets to make their own rules, each has its own quirks, exemptions, and variations.

For example, some states allow breweries to hold ownership in two of the three tiers (like owning both the brewery and a distributor or a retail shop), while most restrict breweries to beer production. Brewpubs (retail entities that make their own beer, thus representing two tiers simultaneously) are the most common exemption, but many states also allow breweries to self-distribute if they produce less than a certain volume of beer. Other states choose to run the distribution and/or retail sale of alcohol themselves, maintaining a government-run monopoly.

On some level, most of these exemptions make practical sense, while others reveal the system's weaknesses. In Tasting Beer, for example, Randy Mosher describes an exemption to Texas's three-tier system for "marine mammal attractions," at which point it should be mentioned that Anheuser-Busch InBev owned SeaWorld until 2009.

The three tier system has both costs and benefits, and its usefulness will be debated for as long as it is in place. Here's a breakdown of some of the arguments on both sides of the debate:

What are your thoughts on the three-tier system? Would we be better off without it? Or do you see some benefits? Could it be that this system was essential just after Prohibition, but isn't necessary now that a more diverse beer industry has been established? 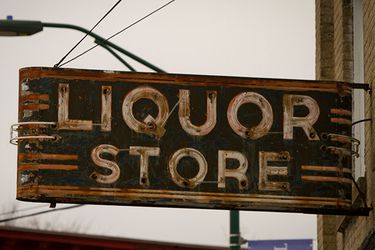 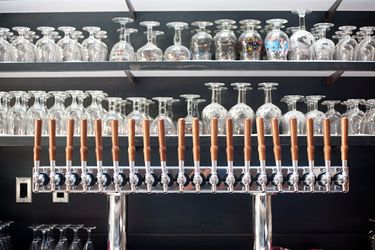