I was hanging out with Mark Miller, founding chef of Coyote Cafe in Santa Fe, New Mexico, and author of The Great Chile Book, at a big chefs conference here in Mexico City not too long ago. At some point, a few of us decided to play hookie and go explore Coyoacán. So, along with Ruth Alegria, the International Association of Culinary Professionals country coordinator for Mexico, and Monica Solis, a talented Mexican chef, we headed out.

Coyoacán is a quaint, peaceful neighborhood in the south of the city. Often billed as a sort of Mexican Greenwich Village, it has the feel of a small, vibrant town— probably because for most of its history, it was.

Our main order of business in Coyoacán was visiting the market. But we took our time getting there, stopping first at the local food market for breakfast: quesadillas and fresh juice. We were there on a Thursday morning, so we practically had the food market (and the neighborhood) to ourselves. Go on a Sunday or Saturday, and the place is teeming with people—from adolescent couples strolling amorously through the plaza (or making out on the park benches) to whole families eating at the food stalls and older women thronging the church.

Mark and I scoped out the place first. He was looking for masa quebrada—masa that has been stone ground by hand, rather than commercially ground. In the commercial process, the masa (made from nixtamalized maize) is ground much more finely, and the mill's (metal) moving parts heat up, altering the masa's chemical make-up and degrading its flavor.

What to Look For When Shopping for Salsa

We didn't find any, so we moved on to the next item on his checklist: salsas. Mark pointed out several things to look for. Hands down, the best tasting salsas are prepared in a molcajete (a Mexican mortar and pestle made of volcanic rock). You can tell whether or not a salsa has been prepared this way by its texture (it will be much velvetier, and less watery and runny than salsa prepared in a blender) and because you won't find whole pepper seeds in the sauce. These get ground up in the molcajete, a process which releases their oils and adds flavor to the salsa.

As we were unlikely to find any salsas molcajeteadas where we were, we moved on to the next best thing: salsas that include a lot of hand-chopped ingredients. If there are chunks of chopped onion and/or cilantro in your salsa, it's usually a sign that a lot more care went into its preparation, plus you can get an idea of how fresh it is just by looking at it. We finally settled on a stall, Quesadillas Rosita, where the standard green and red salsas had a lot of fresh, hand-chopped ingredients.

How Quesadillas in Mexico City Are Different

"Quesadillas in Mexico City are unlike the quesadillas you and I know."

Before I talk about the quesadillas, I should do some explaining, otherwise those of you familiar with quesadillas in the U.S. or most regions of Mexico might get thrown for a loop by what I'm about to describe. Quesadillas in Mexico City are unlike the quesadillas you and I know. For one, cheese isn't a required ingredient. And they come with all variety of fillings: huitlacoche (corn smut or, if you want to be delicate about it, Mexican truffles), tinga (shredded meat, usually beef or chicken, in a tomato and chile sauce), chicharron prensado (what you get when you press together all the meaty bits left over after frying pork rinds), flor de calabaza (squash flower), rajas con queso (slices of poblano chile with cheese), and on, and on.

The tortilla used is different as well. A bit thicker than your normal tortilla, it's oblong rather than circular and usually made on the spot. Quesadillas can be deep-fried or prepared on a comal. If deep-fried, the raw tortilla is placed on the comal, the filling is placed on the tortilla, which is then folded over and dropped into hot oil. This way, the masa on the inside of the quesadilla is still raw when it's dropped into the oil, and the two sides stick together slightly when fried.

At Quesadillas Rosita we ordered chicken tinga, huitlacoche, and flor quesadillas. The clear winner was the huitlacoche. Corn smut was perfectly in season at the time (late summer, well into the rainy season), the epazote seasoning was just right, and there were even little bits of corn still mixed in with the huitlacoche. We washed these down with fresh juice from a nearby stall—orange and guava, and a jugo verde, a mixture of nopal, celery and orange juice that you'll find at almost any juice stall in Mexico City, and headed to the main event.

Now, I hate cliffhangers as much as the next guy, but we're out of time for today. Meet me back here in two weeks for all the (photo-filled) details about what we saw at the main market. 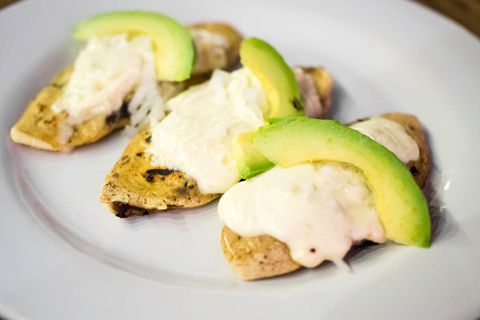 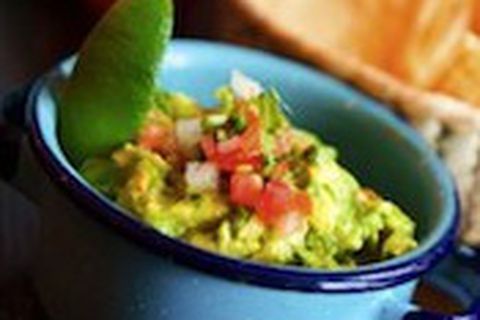 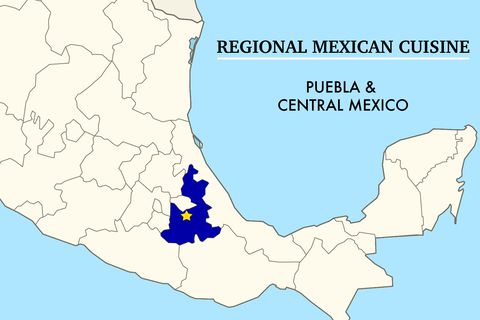 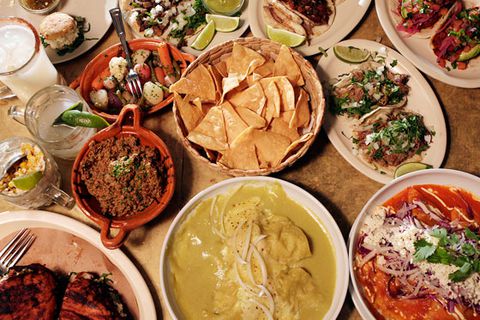 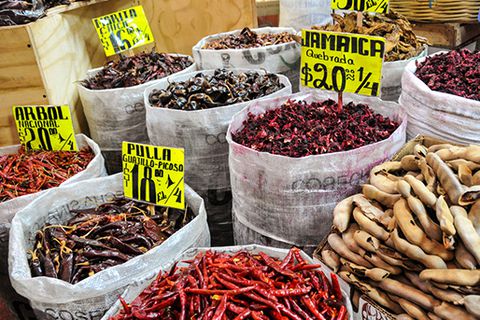 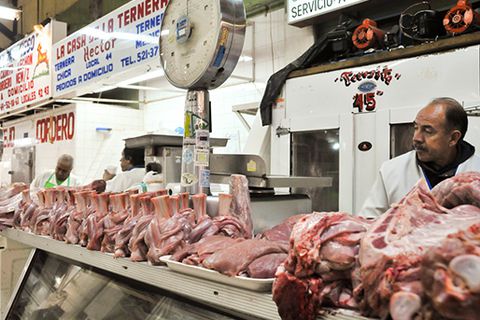 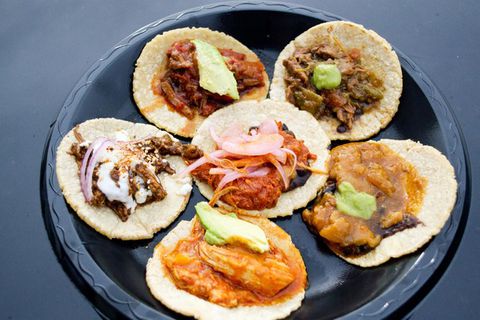 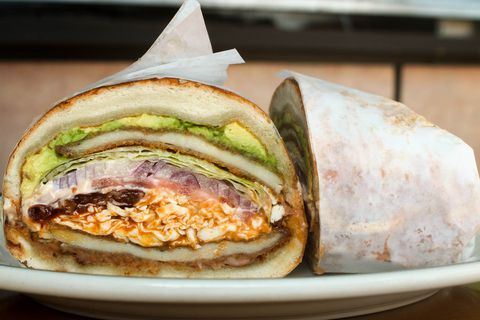 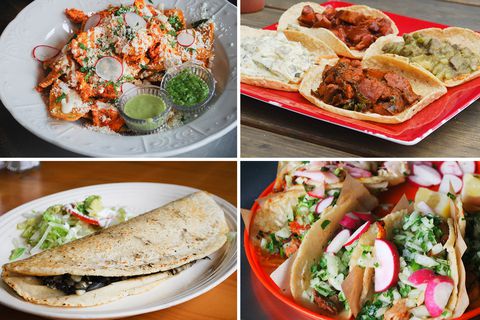 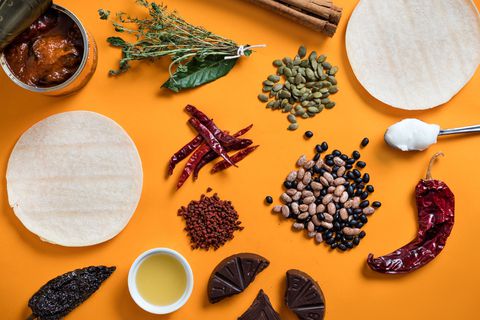 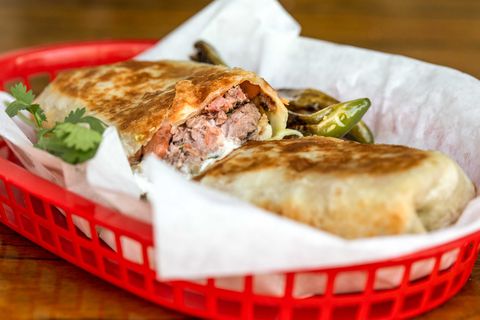