A good stir-fry is an exercise in organization and timing. Like all orchestrated events, the planning can be for naught if the execution is faulty. Choosing the right vessel is only half the battle. A good wok ensures a hot cooking surface on a conventional stove, but a powerful vessel generates responsibilities of its own.

When the fiery heat of your wok is constant and unrelenting, your thinly-sliced vegetables or meat can turn disastrously brown in a matter of seconds. Adding to the stir-frying challenges is the ubiquitous presence of cornstarch, used with a heavy hand at most Chinese restaurants.

But the role of cornstarch is integral throughout the stir-frying process--from making marinades to passing through the oil to building a sauce at the end. Combined with egg, cornstarch is an important ingredient in meat and fish marinades. When passed through the oil, cornstarch helps to seal in the juices of the protein and make it crispier.

Towards the end of the cooking process, a cornstarch slurry is added to thicken the juices that will have gathered at the base of the wok. When you are served a dish at Chinese restaurants that appears to be covered in a flavorless, gummy layer, the cornstarch slurry is the culprit.

A slurry is a combination of water with a thickening agent such as cornstarch. When a dish is just twenty seconds from completion, the slurry is added to the ingredient and rapidly moved around the wok. The wok must be hot enough to continue the cooking process, yet not so fiery that the slurry will turn into a gluey mass.

Why even add a slurry? Why not simply eat the stir-fry dish as is? A cornstarch slurry serves two important functions. First, like a French sauce, a Chinese sauce needs body. The cornstarch adds a much-needed element of thickness to what would otherwise be a pool of flavorful but thin liquid, developed as a result of the soy sauce, wine, and other natural juices that settle at the bottom of the wok.

Second, a cornstarch slurry enables the thickened liquid to coat every morsel of food. An even coating of the wok's juices ensures that each bite receives the same degree of flavor as the next. That way, the diner isn't constantly attempting to sop up the liquid from the bottom of the plate.

This week I chose Hunan lamb, a dish fragrant with plenty of garlic, leeks, and green onions, to demonstrate the different functions of cornstarch. First, lamb strips marinate in a mixture of egg, wine, and cornstarch. [Note: when fish is the main protein, the marinade will often involve egg whites instead of the whole egg, but cornstarch is there regardless.] After a brief time in the marinade, the lamb strips are passed through a shallow and hot pool of oil. When fried as such, the cornstarch gently coats each sliver of lamb, resulting in a more tender texture for the meat.

Finally, after the garlic and leeks have perfumed the wok, the lamb is reintroduced and simmers briefly in a mixture of soy sauce, wine, and bean paste. After the brief simmering, the cornstarch slurry is added and gently unifies the different liquids, coating each piece of lamb with a thin yet flavorful layer.

When adding the slurry, be judicious. You can always add a bit more if the liquid doesn't thicken properly, but you can't easily repair the effects of a gluey, overly-thickened sauce. Even worse is a slurry that solidifies before it has the chance to permeate the liquid in the wok, so make sure your vessel is not so hot that the slurry immediately congeals when it hits the surface. When your wok has a higher heat capacity, such as cast iron, you run a greater risk because the heat will be retained for a longer period of time after the stove is turned off. If necessary, wait for a minute or move your wok off the heat before you add the slurry.

Like most stir-fry preparations, much of the work happens before the food ever hits the heat. It's especially important to have your mise en place ready by your side. Ten seconds too many in a given step, and your dish may be tough.

Due to the rapid nature of stir-frying, I've always thought that if I had one more arm, I'd be in much better shape. Wouldn't it be nice if instead of struggling to keep your food moving in the wok--while adding seasonings, sauces, another few green onion slivers, and starch slurries--you had an extra appendage hovering over to supervise?

So be prepared! Check and double check that your sauces are ready, that your slurry is handy, that your oil strainer is by your side. Only with the proper preparation can we make the seamless transitions necessary for stir-frying with just two arms. Finally, if you happen to start with a whole leg of lamb, replace some of the vegetable oil with the fat from the lamb by rendering it as you stir-fry the garlic. Lamb fat is powerfully lamb-y but not gamey; stir-frying leeks will make the dish infinitely tastier.

Adapted from The Shun Lee Cookbook by Michael Tong. 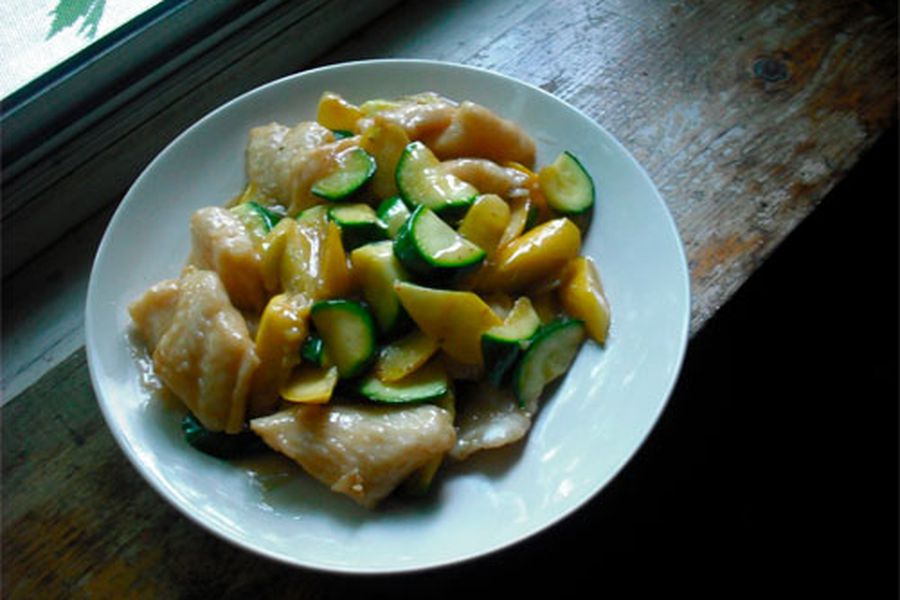 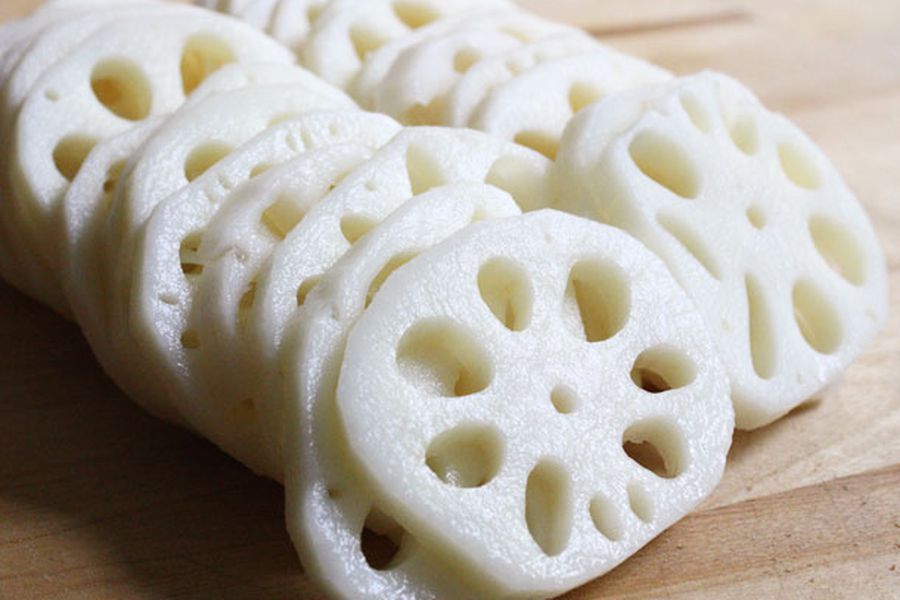 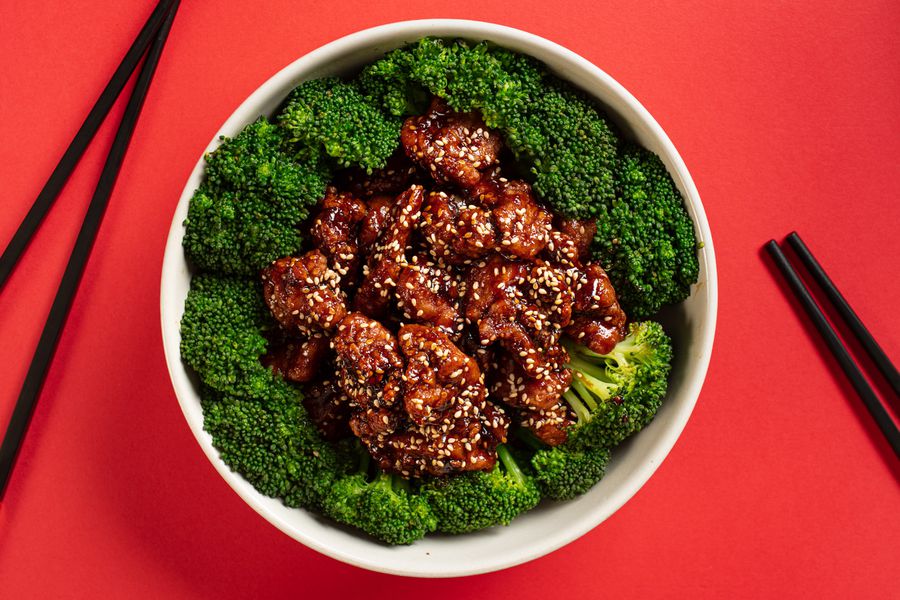 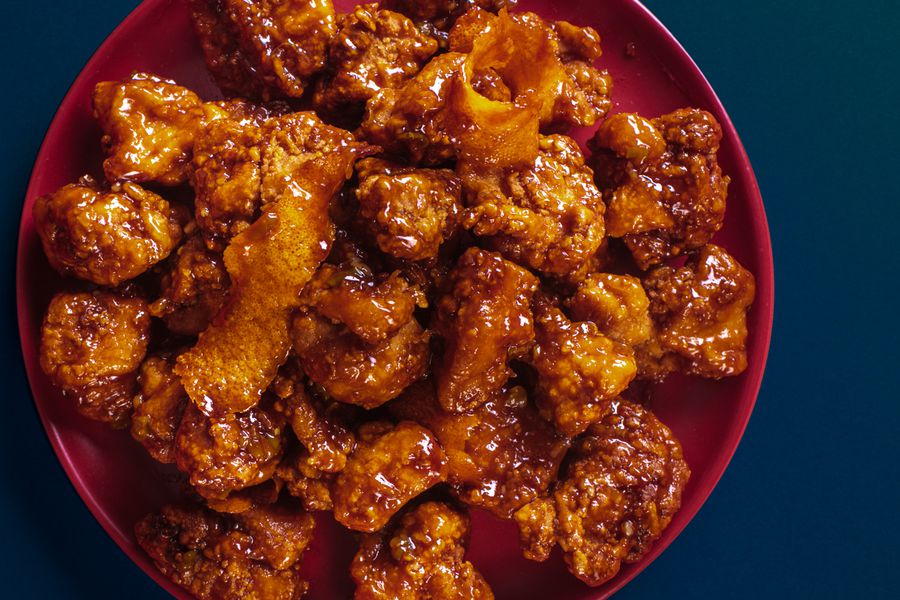 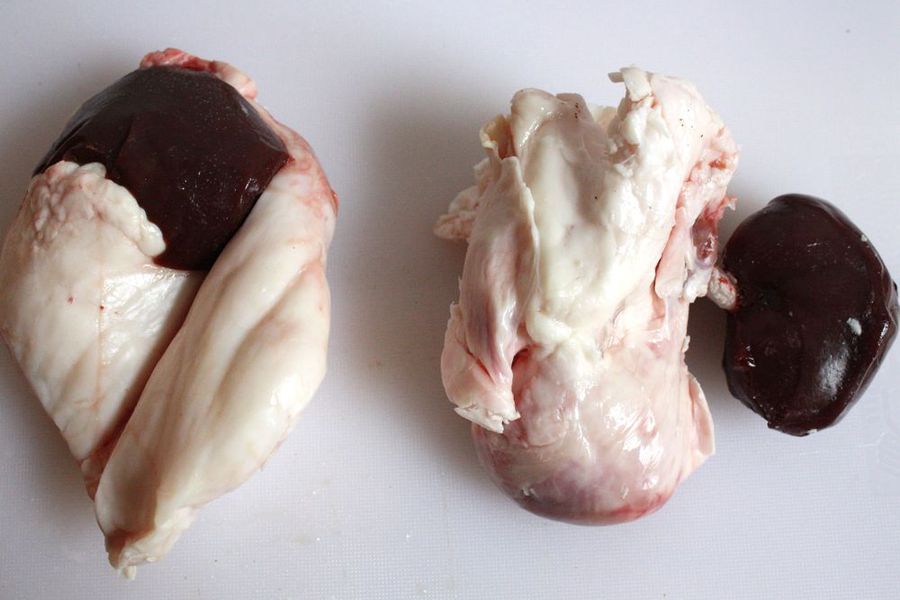 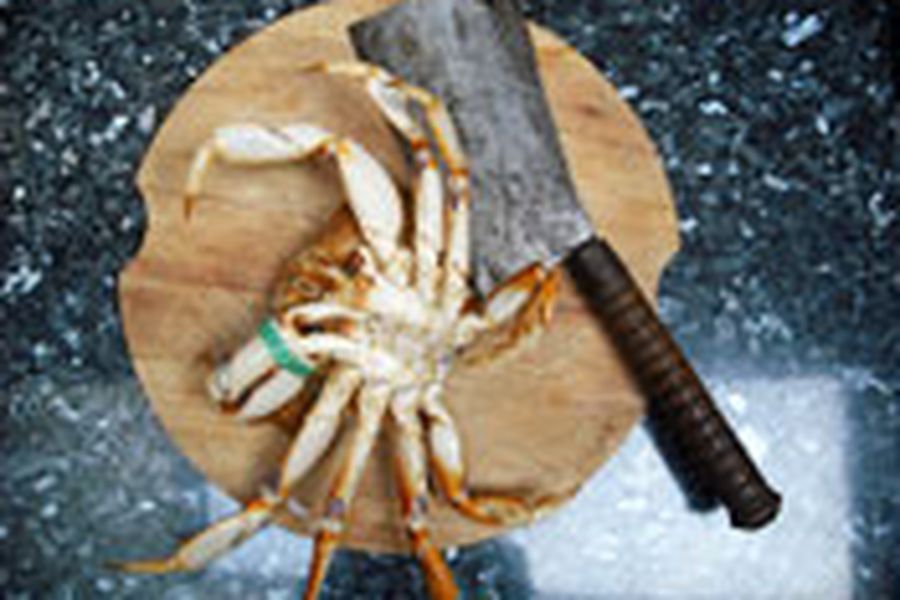 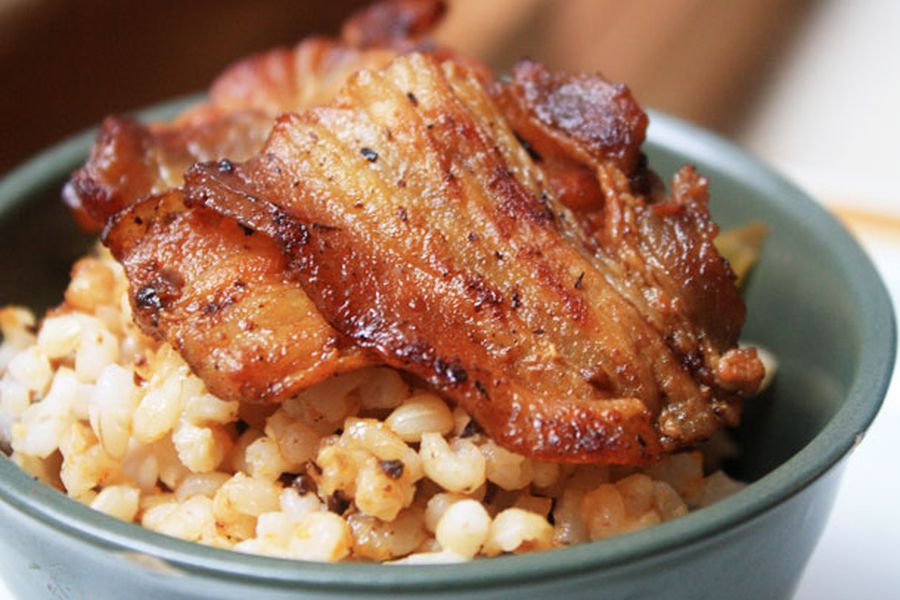 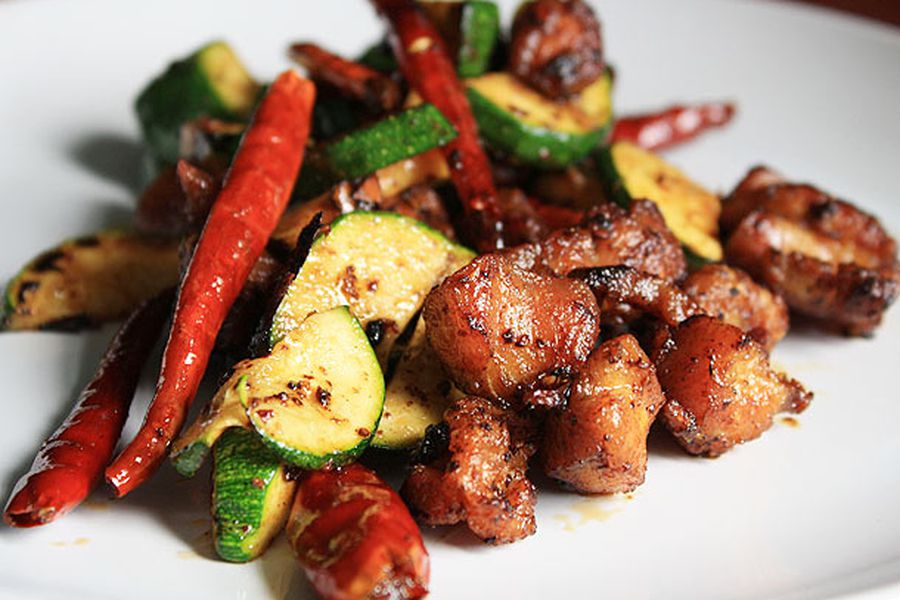 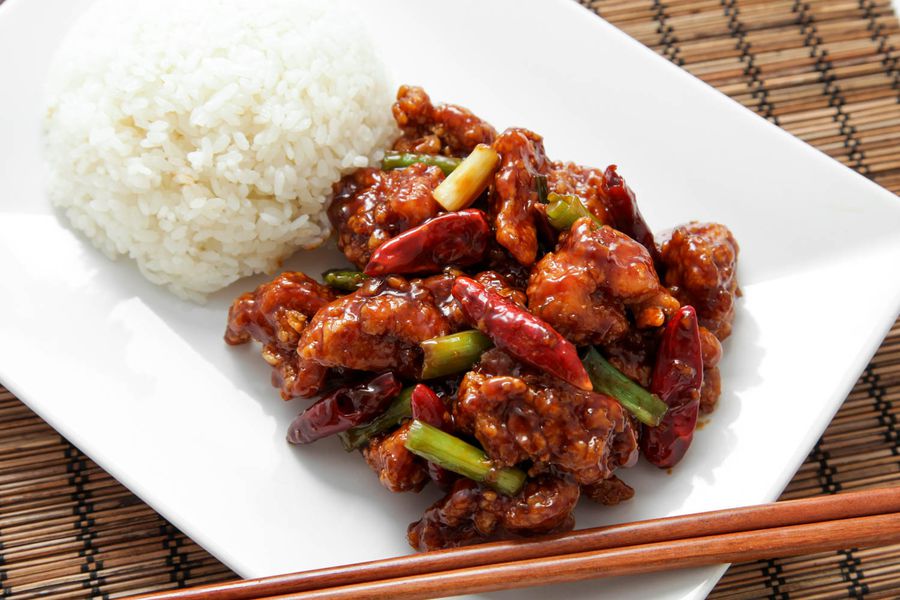 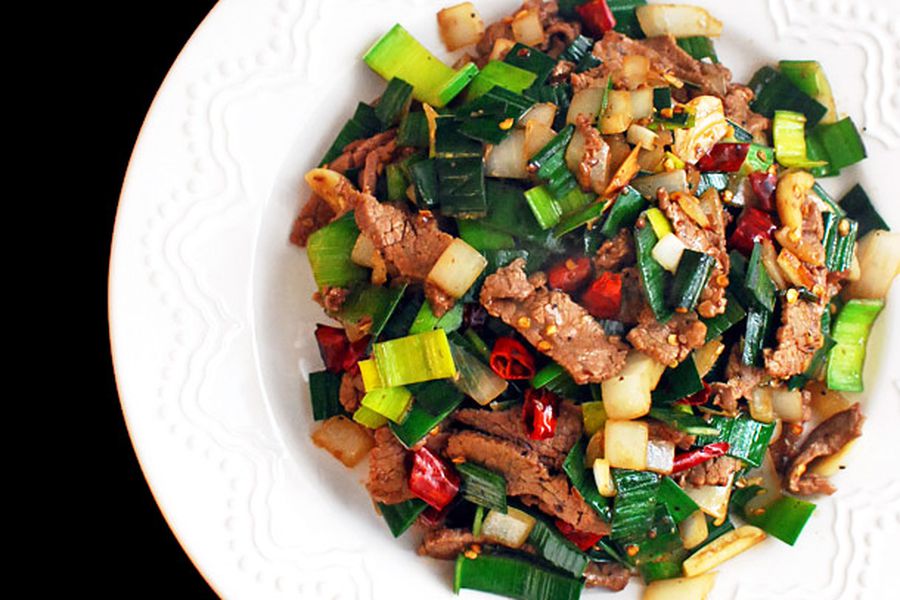 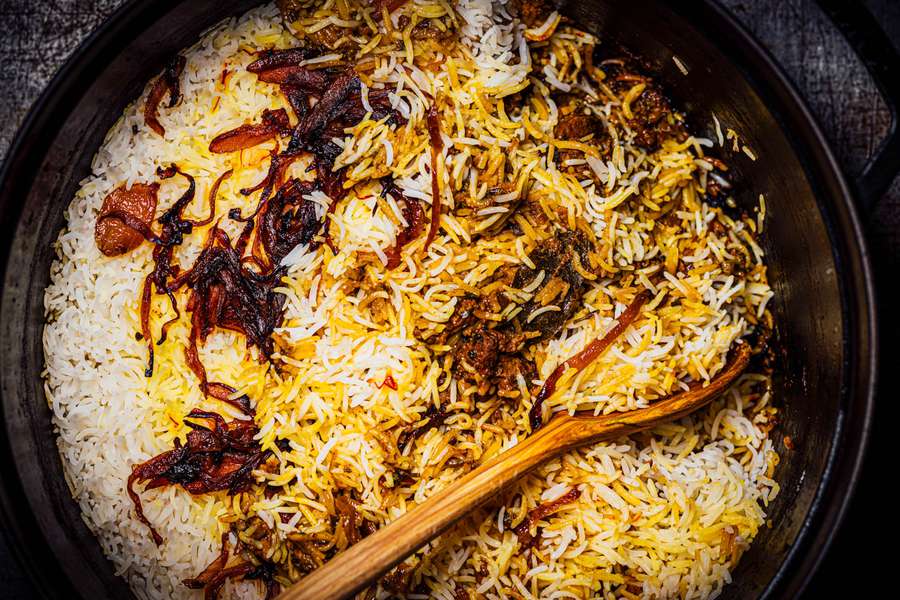 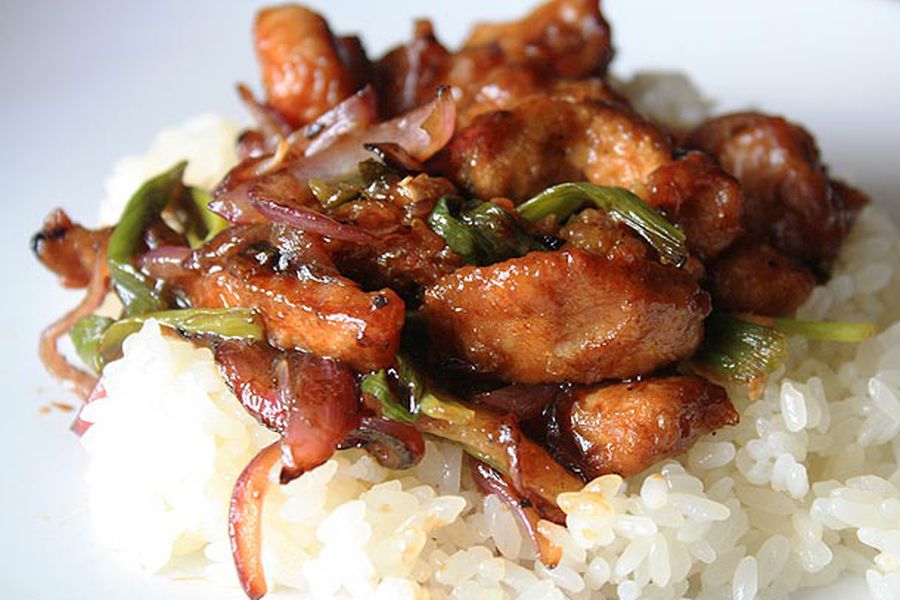 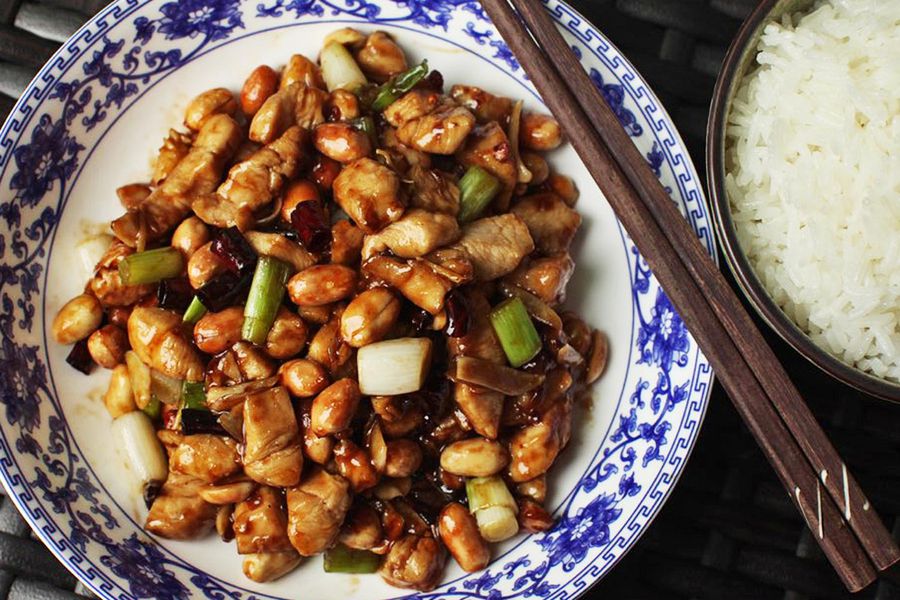 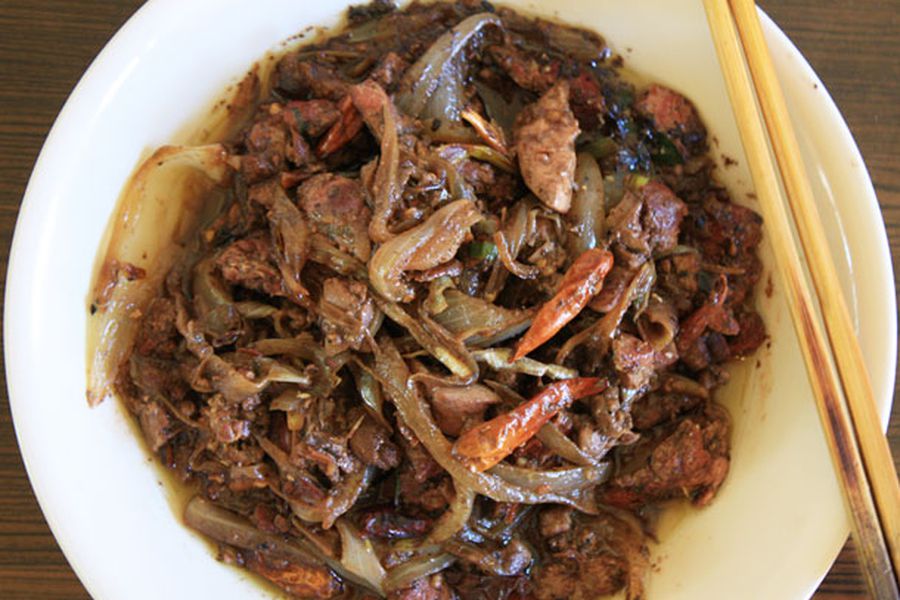 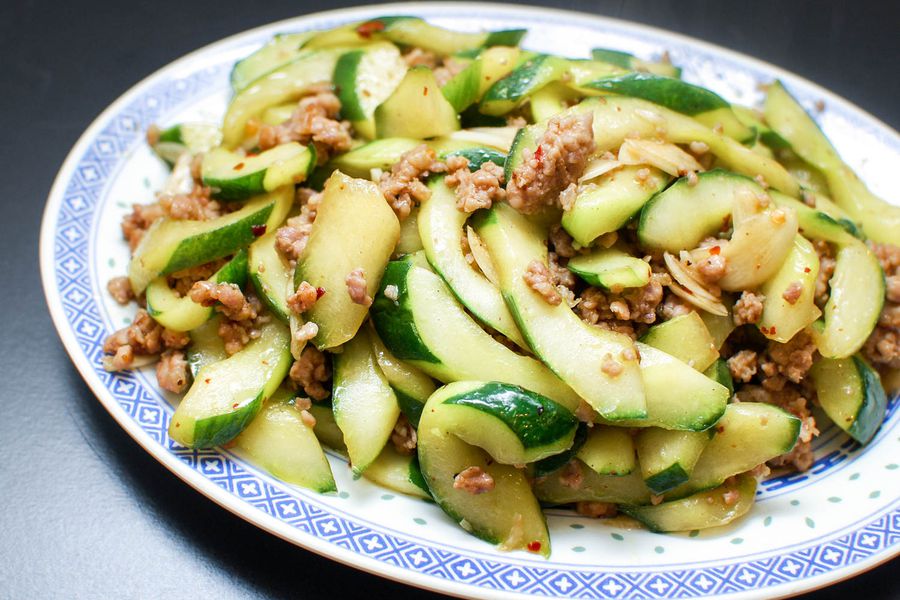 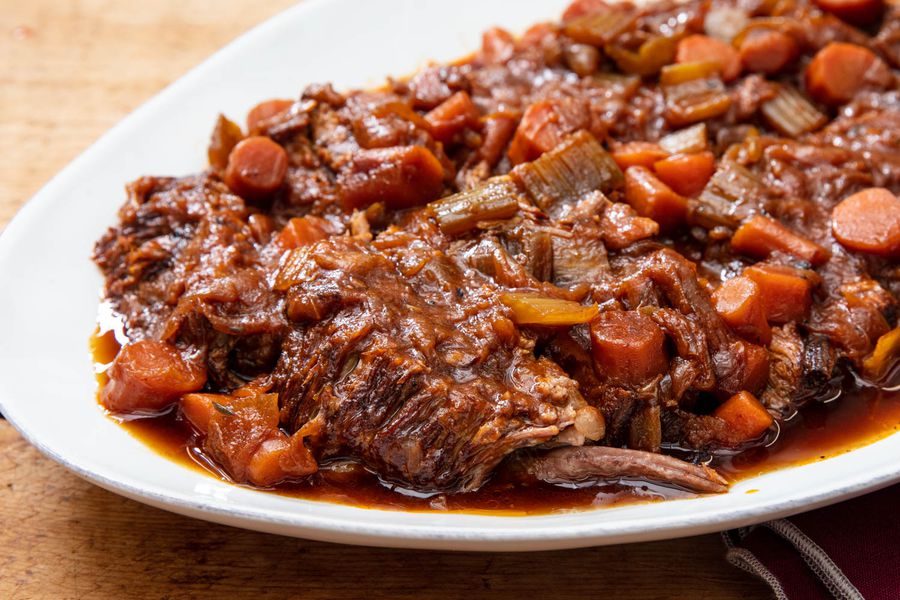