Stella Parks
Editor Emeritus
Stella Parks is a CIA-trained baking nerd and pastry wizard, dubbed one of America's Best New Pastry Chefs by Food & Wine. She was the pastry editor at Serious Eats from 2016 to 2019.
Learn about Serious Eats' Editorial Process
(7)
0
In This Recipe

What Is Corn Casserole?

Corn casserole is a dish that's hard to define. In some places, it's just a euphemism for creamed corn that's been baked; in others, it's little more than a combination of canned corn and Jiffy corn muffin mix. Down South, it's loaded with enough eggs and cream to warrant the name "corn pudding," a custard-like dish that's often sweet enough to pass for dessert.

In the spirit of Daniel's any-way-you-like-it chicken cacciatore, I'd rather not split hairs over what corn casserole "should" be and simply tell you how I make mine instead.

As long as the basic framework—the overall ratio of vegetables to eggs and dairy—is held in place, the specifics are something you can tweak on the fly.

I make the entire dish, from start to finish, in a cast iron skillet. It's my go-to choice, not only because I'm a Southern girl at heart, but because it lets me take the dish from the stovetop to the oven to the table without any fuss. I begin by sautéing onion, red bell pepper, and fresh sage in butter. I season the vegetables with sugar, salt, sweet paprika, and a pinch of cayenne, which keeps the overall profile mellow and relatively sweet. If you'd like a more obviously savory profile, adding garlic powder and black pepper will get the job done.

By the time the onion's soft, the butter will have begun to brown, giving the dish a toasty edge (although sometimes I use bacon fat instead). Next comes the corn. Even in winter months, when corn's way past its prime, I still prefer it fresh; it'd be miserable to eat off the cob, but in the context of a baked casserole, the starchiness of out-of-season corn is actually quite nice. If you can't rustle up any at the store, opt for frozen corn instead.

Once the corn sheds its moisture, I continue cooking it until the skillet looks dry, then add half a cup of cornmeal. If you'd like an eggier casserole, scale that down to a quarter cup; if you prefer something a little closer to stuffing in texture, ramp the cornmeal up to two-thirds of a cup.

Adding the Eggs and Dairy

From there, the casserole can be immediately finished or put on pause until you're ready to proceed, which makes it a bit easier to synchronize this recipe with the rest of your meal. Whether that's a few minutes or a few hours later, finish up by stirring in the milk, eggs, and cream, followed by a generous sprinkling of cheese. Cheddar or Monterey Jack would be the most down-home sort of option, but I'm fond of the nuttiness that grated Parmesan provides. Whatever you settle on, the casserole bakes for just about 20 minutes, plus a few minutes under the broiler to help it brown.

Thanks to the cast iron, this corn casserole stays warm for about an hour, so it's great to bake off ahead of your meal. In fact, I actually prefer it that way, since the corn kernels give the casserole a rather crumbly texture while it's piping-hot. But as it cools, the eggs and cornmeal work together, binding it all into a cohesive whole.

It's simple, hearty, and comforting; the kind of unpretentious dish that can round out any meal—however you choose to make it.

This casserole can be prepared in a 12-inch cast iron skillet, but will cook faster on the stove and in the oven, so use the visual cues as your guide. If you don't have a cast iron skillet, prepare the casserole in a large stainless steel skillet, then transfer to a 7- by 11-inch glass or ceramic dish to bake. 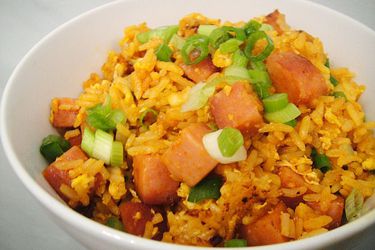 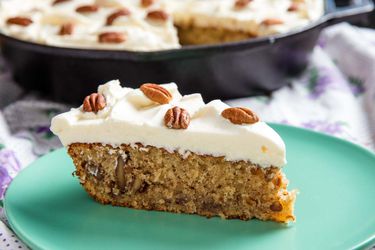