It's hard to mask my excitement as the Big Apple Barbecue Block Party draws near each June. The event, which gathers over 100,000 people for a weekend or barbecue from 17 of the country's best pit masters, is a 12-year-old tradition, and I look forward not just to the world class smoked meat but also reigniting friendships forged through the years.

I've covered the event for Serious Eats for four years now, always as a civilian eating his way through the entire barbecue line up. But this year it was time to step on the other side of the smoker and see what it's like to cook for one of New York's largest food events. So I embedded myself with a crew that's been more than kind to me over the years: 17th Street Barbecue.

17th Street hails from Murphysboro, Illinois, and the man at the helm, Mike Mills, has racked up so many barbecue awards over the years that he's simply known as "The Legend." 17th Street was one of the founding members of the Block Party and instrumental in helping bring true barbecue to the Big Apple. By now they're seasoned pros at serving slow-smoked baby back ribs to crowds of thousands, but I never quite understood how they did it. I arrived on Friday at noon just as they finished loading their smoking rigs on the street next to Madison Square Park.

I always assumed that Union Square Hospitality Group, who puts on the event, provided at least some of the requirements for service and comfort, but except the cash registers and tents they sit under, the pit masters bring everything they'll need. For 17th Street that meant four massive smokers on two trailers, a refrigeration truck, and a giant Budget rental van full of additional equipment, all of which made the 900+ mile, two-day trip from Illinois.

A team of ten raised three canopies, laid out tables, and unloaded the trucks. The 17th Street team has been doing this for 11 years, but they still talk through the process, making sure they don't miss any details.

Set up took five hours, during which the team received one giant pallet of Royal Oak charcoal, a whole hog, and three pallet of raw baby back ribs. Finally, the meat, I thought, a job my neglected physique is better qualified for than handling massive coolers of frozen beans.

What does three pallets of ribs mean? That's 86 boxes with 16 racks per box for a total of 1,376 ribs. Once cooked, each 12-bone rack will be cut into three-rib portions for a total of 5,504 servings—and that's just to feed the Saturday crowd, not Sunday's.

Mike Mills has his own way of doing things, and while I know a thing or two about trimming ribs, when Mike talks, I listen. So we started with shakers of his Magic Dust—17th Street's spice rub—that were being filled by the man who makes it, Shane Linn from Townsend Spice & Supply.

Once the rub was set up we turned to the ribs themselves. Though the ribs came mostly trimmed, we checked each rack's underside for traces of membrane that needed to be pulled away. Then we set out with spoons to scrape away excess fat. The low heat of 17th Street's smoker isn't hot enough to render out all that rib fat, so the only way to ensure no bite is too fatty is to trim them beforehand.

Once trimmed, the ribs got a shake of Magic Dust on both sides.

I started to feel like every rack I trimmed was replaced by five more. Pressing the spoon against my hand gave me blisters, which I relieved by cycling through scraping fat and shaking pound after pound of Magic Dust for the next five hours. Mike trimmed right beside us while chatting with nearly every driver who stopped at the corner's red light. He kept a close eye on the whole operation. The 17th Street team knows their stuff, but Mike's standards are high, and at a massive food event quality control sometimes comes down to one person. "When someone asks who made these ribs, I want to be able to say, I did."

During breaks I watched the rest of the prep in action. That included sawing off the whole hog's legs, butterflying its body, and seasoning the inner flesh with a big cloud of Magic Dust. The beans, which were prepped and frozen ahead of time, started thawing and slow cooking in steamers and warmers.

The Smoky Kick Off

At 7:30 it was time to fire up the smokers: four Ole Hickory pits loaded with charcoal and apple and cherry wood, then lit by propane. Once the wood's fired up, the gas switches off and a thermometer keeps track of the target temperature: 210°F. One batch of charcoal and wood lasts about four hours, so there's always someone on hand to add new fuel when necessary.

By 9 p.m. the rib prep was done and the smokers were loaded with their first batch of ribs. The four smokers have a combined capacity of 567 racks which take six hours to cook. With the hard work done it was time to partake in the defining element of barbecue: taking a break with family. By this point most of the pit masters had their first batches of meat in their smokers, and with a can of beer in hand it was time to make the rounds with some old friends like Chris Lilly and Ken Hess from Big Bob Gibson and Billy Durney from Hometown Barbecue.

With a long train ride back to Queens still ahead of me, I called it quits around midnight, but the pit masters keep their meat vigils all through the night. At 1 a.m. the 17th Street crew sauced and pulled their first batch of ribs, which they kept warm in well insulated coolers. The next batch of 567 racks went on, and a third six hours later.

By morning I had gotten in about five hours of sleep, which was five hours more than some still manning the pits. At 9:30 a.m. I arrived at a Madison Square Park transformed: the sweet smell of smoked meat hits you as soon as you climb out of the subway.

The 17th Street team got just a few hours' sleep—or none, in the case of two overnight crew members—they were expecting 5,000 people in a few hours and there was still plenty to do: beans to load into place, getting cutting boards and sauces at the ready, and stacking paper clamshell boxes to serve guests as fast as possible.

Serving this volume of people in a friendly and efficient manner is an art in itself. Three team members were in charge of saucing and slicing ribs into three-bone servings. Three others ladled beans and two more packed clamshell containers. It takes planning and experience to make this kind of fast work look easy. A separate group carved up the hog, which has been smoking for 16 hours.

Any whole hog at the Block Party garners a crowd, but Mike Mills puts on a show with this one like nobody else. As the smoker doors opened, revealing the 160-pound pig in all its smoky glory, he called for a cigar. A waiting guest passed one over, whereupon Mike lit it and wedged it in the pig's mouth.

While the crowd snapped photos on their phones, Mike and his team removed the skin, pulled and chopped the meat, doused it with a vinegar sauce, and finished it with a sprinkling of more Magic Dust. Some lucky members of the crowd got handfuls of the choice bits, like steaming strands of belly as soft and wobbly as cooked spaghetti.

The rest of the hog was set out for 17th Street's guests, a party-within-a-party that Mike's daughter Amy served as master host. We also brought racks of ribs over to other teams in exchange for tastes of Skylight Inn's delicately smoky hog, Hometown's peppery pound-plus beef ribs, incredibly moist whole hog from Martin's, and the always flawless pork shoulder from Big Bob Gibson. Remember, the Block Party is all about sharing.

The team worked in shifts until the line finally stopped at 6 p.m., with barely a rib to spare. But they weren't done yet—Sunday's rib supply arrived around then and it was time for a new round of prep.

It's now Sunday night and I'm writing this piece at home, and I can't help but feel guilty knowing that the 17th Street crew is still hard at work packing up their set up and prepping for their long drive home. That's the thing about working with a family operation: you can't help but think of them as family.

The work also gave me a new respect for just how much goes into pulling off this event year after year. In the past I've softly grumbled about how little the line up and menu changes from Block Party to the next, but the truth is this event runs smoothly because it's full of pit masters who've done this mammoth task for a while. That those people are willing to come back every year is something to celebrate, not be disappointed in.

I've also wondered aloud if this event—which was formed to bring true barbecue to a city that was once devoid of it—had lost its relevance over time. But Billy Durney, pit master of Red Hook's Hometown Barbecue (which just joined the Block Party this year), doesn't think so. "It's a dream come true," he said, a pinnacle event for the barbecue world that provides two essential services to New York: showing off the best of our city's newfound barbecue traditions and giving us a taste of what the rest of the country can offer, an experience that can inspire us all to smoke and eat better meat. That's an attitude I can get behind. 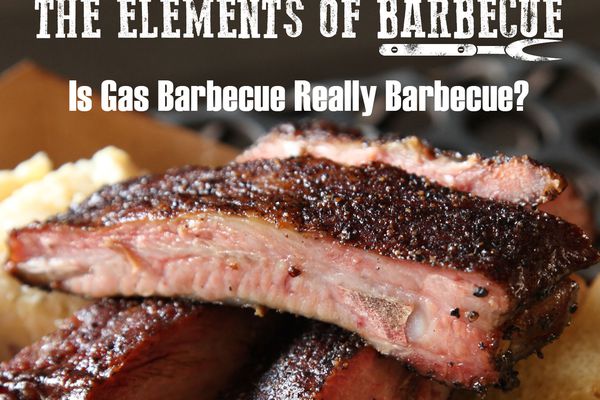