I was a teenager when I learned how to properly use chopsticks, even though I grew up in a Chinese household. It's not that I didn't know how to eat with chopsticks; I could pick up pieces of meat and grains of rice easily enough. What I mean is that it took me a very long time to understand how to do advanced moves, like wedging the chopsticks together in my hand like a pair of scissors to cut noodles while eating them, which I consider to be the ultimate sign of chopstick proficiency.

And yet, despite that proficiency, when I started teaching myself how to cook, I primarily relied on other tools, like a spatula to stir the contents of a hot pan, a fork or a whisk to scramble eggs, and a pasta ladle to take spaghetti out of a pot. It wasn't until I started to pay closer attention to the way my mother cooked that I realized chopsticks could do all those tasks, and more; she used chopsticks for everything.

A pair of cooking chopsticks is the perfect kitchen tool. Essentially just long chopsticks made from wood or bamboo, they typically range in length from 13 to 17 inches (33 to 43 cm) and are unlacquered and undecorated since materials other than wood can melt and/or warp if dunked into a pot of boiling oil. Inexpensive, easy to clean (just rinse them with soapy water), and readily available at any East Asian grocer and store in Chinatown (and, of course, online), they're equally adept at pulling things out of a deep fryer as they are at flipping things in a hot pan.

They're also virtually indestructible, provided you use and take care of them correctly; you don't want to put them in a dishwasher or soak them in water, as they'll warp (and you don't want that; warped cooking chopsticks are very annoying to use). With time and use, their color will darken, but that’s natural and won’t affect the quality of the food or the chopsticks themselves. The pair I've used most often over 20 years belonged to my late grandmother, and while they've worn down to about nine inches (my newer cooking chopsticks are 13 inches), they still do their job; I never feel like my hands are ever too close to a pan or wok when I'm using them.

Technically, you could eat with cooking chopsticks, but I don't recommend it*. It would be like eating a stew with a wooden stirring spoon: inconvenient and a little silly. Better to stick with the many, many tasks cooking chopsticks are perfect for. While some of those require a level of proficiency and dexterity that only comes with practice, like, for example, fishing out individual capers, olives, and pickles from narrow-mouthed jars, many don't. For example, I've found that chopsticks do a faster and more even job of whisking eggs than a fork, and they're much easier to clean than a whisk. Similarly, I find them the easiest tool to reach for when I need to mix things, like dissolving cornstarch in a small quantity of broth or water before adding the mixture to a sauce that needs thickening. I've also used them to stir in flour when making a roux.

You could also cook with eating chopsticks, but given their much shorter length, they aren't as versatile, and I'd be careful with using plastic chopsticks or lacquer-coated ones anywhere near a source of heat.

In a hot pan, cooking chopsticks do the work of tossing a stir fry and flipping over pieces of meat and fish both large and small (such as shrimp, diced chicken, scallops, and even strips of bacon, not to mention vegetables like broccoli florets and mushrooms), particularly when I can’t be bothered to get the spatula or tongs from the drawer. They're also perfectly safe to use in nonstick pans, unlike metal utensils that can scratch the pan's surface. This is a particularly important benefit for anyone who's spent any time recently with a parent who is overly protective of their pans.

The spring rolls I'm eating as I type this are a reminder of another use for wooden chopsticks: a deep-frying thermometer. While the chopsticks won't give you a numerical reading, you can use them to check the temperature of hot oil; if you stick a wooden chopstick into the oil and little bubbles start to form around them, you know it's reached 325 to 350 degrees F (163 to 177 degrees C), the optimal frying temperature, as moisture trapped inside the wood turns into steam. You can also test the temperature of oil with a wooden spoon, a hack that I read about recently on non-Chinese cooking sites; but can a wooden spoon also rotate and pick up spring rolls (or turn doughnuts)? Absolutely not.

Finally, if you're deft with cooking chopsticks, you can use them to transfer long noodles like spaghetti from a pot of boiling water straight to a pan of sauce; no need to break out a strainer, tongs, or the pasta ladle. The chopsticks also make it easy to stir the strands of spaghetti without breaking them or getting them tangled. And if you’re into making food suitable for the ‘gram, chopsticks also make plating easier, doing the job of a pair of little tweezers.

I recommend buying cooking chopsticks in-person, both because you can try them out and because the shipping will likely cost more than the chopsticks themselves. Head to any East Asian grocer or Chinatown grocer and you'll see them; there aren't any particular brands to look out for, since any pair you pick will do the job, and they'll likely cost you less than a couple of bucks. If you live in an area without an Asian grocer, there are a few options at the big online retailers or, better yet, restaurant supply stores, where the prices are lower. The main thing to consider is how long you want your cooking chopsticks to be, which is a matter of personal preference. In my experience, I've found longer chopsticks more difficult to use (I'm not ashamed to admit I have smaller hands), so for a starter pair I'd suggest using ones that are on the shorter side. Some chopsticks are tied together with a piece of string on the ends as a way to hang them up to dry after cleaning, but I don’t know anyone who actually does this at home, so you can snip them if you like. 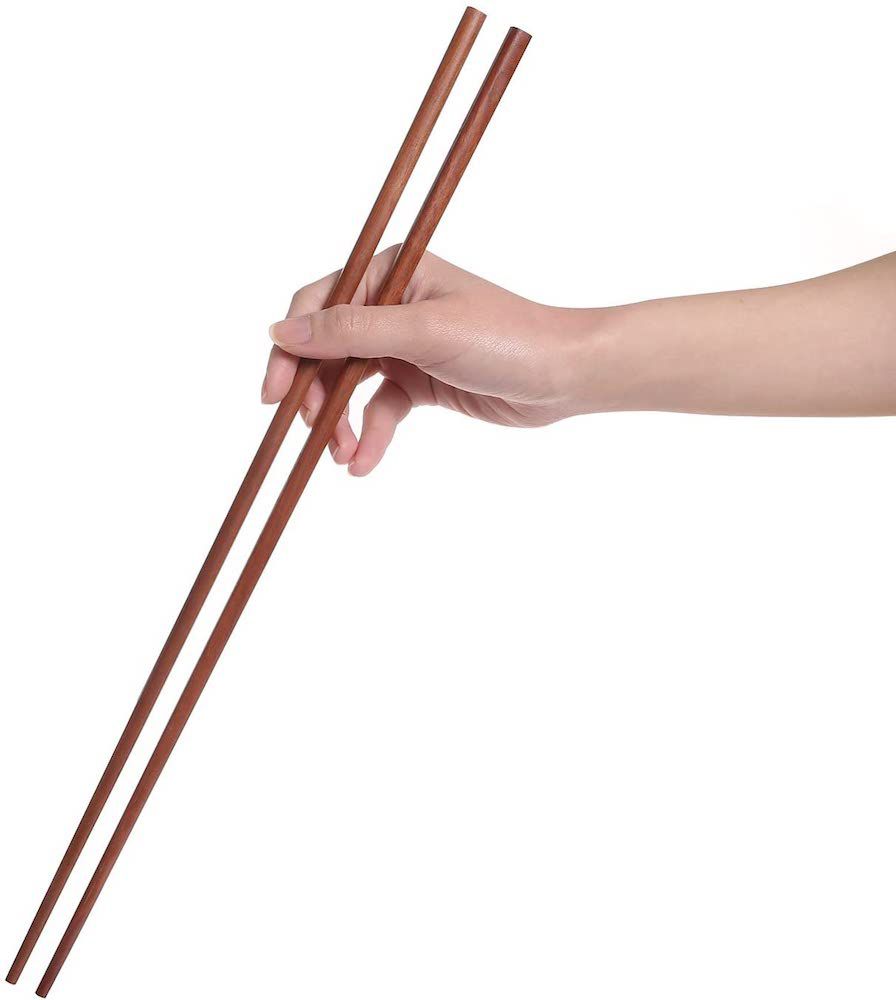 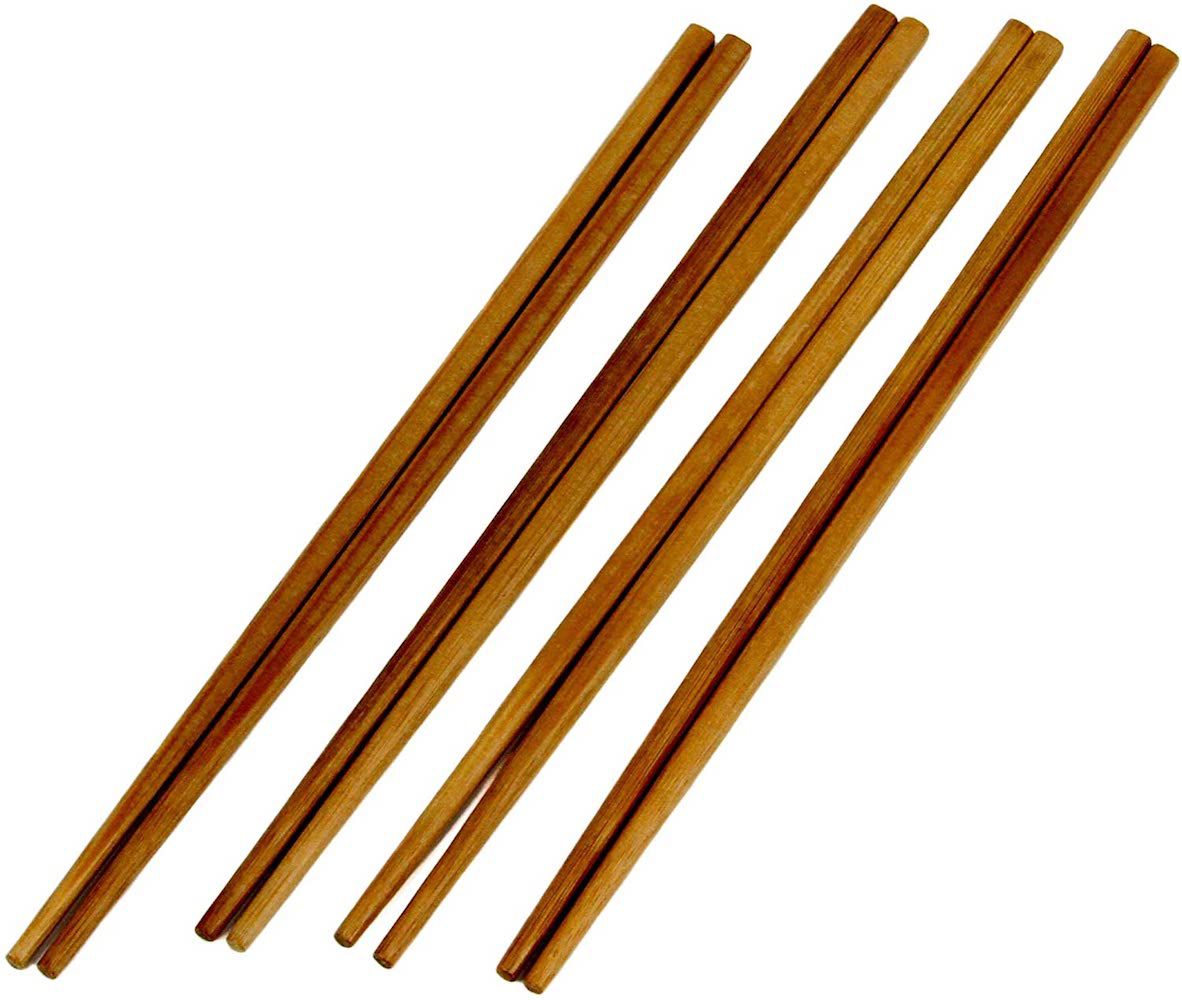 I truly can’t think of another tool in my kitchen that's as old, durable, versatile, or inexpensive as my cooking chopsticks, and there isn't a single other that I use as often. There are a lot of one-pan or one-pot recipes out there, but if one-utensil recipes were a thing, I know what I’d be reaching for. 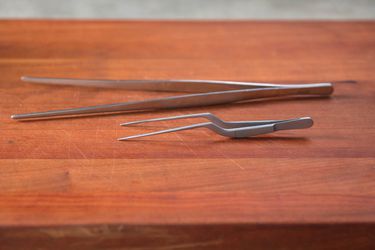 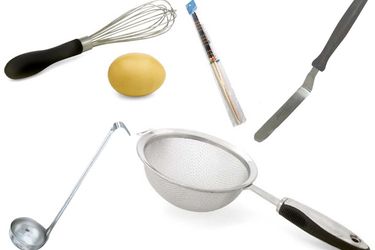 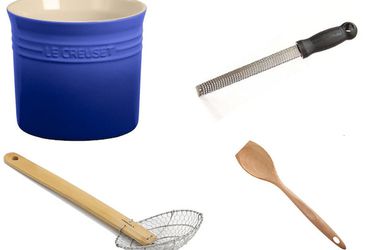 The Best Kitchen Tongs in 2022 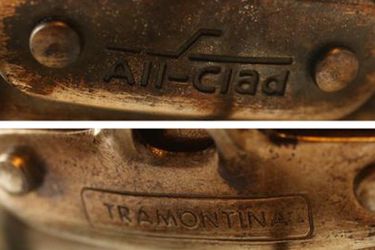 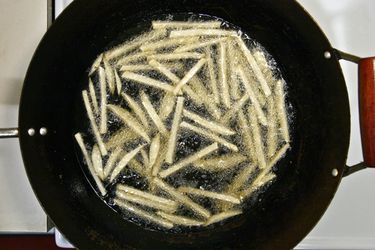