Please welcome Helana Brigman, a Maine-bred, Louisiana-based cookbook author, newspaper columnist, and food photographer who spent her summer researching a lobster boat in Port Clyde, Maine, as part of a project on the Maine lobstering industry. She documented many of the challenges and triumphs of the season on her blog, Dances with Lobsters: Clearly Delicious Recipes from the Coast of Maine to the Gulf of New Orleans, but now she's compiled her experiences into a comprehensive narrative that we'll be running in two parts.

In recent years, Maine's lobster fishermen have hauled more lobsters than their grandfathers saw in their lifetimes. But as supplies surge, increased demand for Maine's pricey export remains to be seen. (As James Surowiecki put in The New Yorker last month, "There's more lobster out there right now than anyone knows what to do with, but we're still paying for it as if it were a rare delicacy.")

Yet today's lobsterman sets and hauls traps six days a week, fights the elements, and wrangles lobsters off the ocean floor. This is no easy task, and here's a look at how—and why—he does it. Plus, what the Maine lobsterman knows about Homarus Americanus (the American lobster) may give you plenty of reasons to help increase demand.

8:00 a.m. on the Fishing Vessel (F/V) "Ruthless" Spotting a black and white buoy dancing across choppy waves, a lobsterman catches the line with his gaff—a long, hooked stick—clasping the rope submerged beneath it. With both hands, he grips the line tightly, pulls, leans backwards, and hoists what appears to be an endless line of rope through the axle of a hydraulic trap hauler, driving it at maximum speed. Within seconds, a forty-pound metal trap emerges from the ocean, and he pulls it over the starboard railing. Two stern men jump into action: the more experienced of the two sorts and bands lobsters, while the other, an amateur fisherman, baits and resets the trap.

It's a July day in Maine, and I am here with Justin Thompson, 42, a fifth-generation lobsterman out of Port Clyde. His fishing vessel, the "Ruthless," is named—as most fishing vessels are—after a woman. It employs two stern men and, when on schedule, manages 800 traps in the water. For lobstermen like Thompson, who come from established fishing families, lobstering has provided a rich primary export for the state of Maine, establishing the Maine lobster as both the "king of the ocean" and expensive seafood. For years, many of these coastal families have put their kids through college and paid mortgages by lobstering alone.

"But there's a problem. As buttery, delicate, and rich as freshly caught Maine lobster meat may be, most food lovers still reserve the shellfish for special occasions."

But there's a problem. As buttery, delicate, and rich as freshly caught Maine lobster meat may be, most food lovers still reserve the shellfish for special occasions. Until recently, the only people who ate freshly-caught Maine lobster were geographically fortunate New Englanders, Maine "summer people," and those willing to pay steep prices for pre-cooked and packaged meats. They might be shocked to learn of its abundance today.

Lately, there's been a historic spike in Maine lobster hauls, along with growing competition between third party processors. From Canadian processing plants to Linda L. Bean (yes, of L.L. Bean), each party is looking to take advantage of Maine's natural resources. Bean, owner of the Port Clyde Wharf, where Thompson processes his hauls, hopes, in the next few years, to mass market the Maine lobster the same way Purdue has mass marketed chicken.

Is Maine lobster coming to a seafood aisle or food truck near you? Quite possibly.

Number Games I'm no stern man by trade, but a cookbook author, food columnist, writer, and photographer who grew up in a fishing community some twenty miles north of Thompson's. I can't help but stand on his boat in the middle of the Atlantic Ocean, 2,000-miles from my current home in Baton Rouge, Louisiana, and feel an overwhelming respect for what Thompson does. Growing up on the coast of Maine meant regular interactions with lobster fishermen at school and in my home—not only did they give us a way of life, but they quite literally caught the dinner on our tables. It's hard to grow up seeing this kind of industry firsthand and not spend the rest of your life tracking down your food's origins.

"I always knew I wanted to be a lobsterman," Thompson tells me in between hauls, "just like my father and his before him." Then he turns back to his lobsters, eyeing his men and yelling out orders before returning to his helm. Thompson uses one hand to flip the throttle wide open, and the other to push the gear lever forward, moving between the view from his helm and the digital screens. He is determining where best to return the trap overboard, taking into consideration the flow of the current and the topography of the ocean floor. Screens reveal levels of depth and rockiness, but so too do familiar landmarks and thirty years of fishing the same harbor.

At his signal, Justin's stern men release the trap. Splashing into the water, the trap bobs momentarily, and a pile of rope flies at full tilt from the starboard side. We all watch for a moment as the Atlantic Ocean envelopes the rope, pulling it beneath the surface. The buoy returns to her watery dance.

It is 8:00 a.m. on a Monday; before dinner, Justin and his men will repeat this process upwards of 300 times.

"126 million pounds were reported at landings in 2012, 700% its historic value. Yet only 15% of Americans eat live Maine lobsters"

Maine lobstermen have never hauled more lobsters than they're catching today. In the last sixty years, the rise in reported landing data has been staggering. 126 million pounds were reported at landings in 2012, 700% its historic value. Yet only 15% of Americans eat live Maine lobsters. The rest are shipped to processing plants, where they are either cooked, packaged, and frozen, or incorporated into frozen meals. If I were to buy Maine lobster at my local supermarket in Baton Rouge, I can expect tired creatures that may have started their journey at 2 lbs., but arrived in my kitchen at 1.5 lbs. for $19.99.

The irony behind the increased availability of Maine's most prominent resource is that most Americans still perceive lobster as a culinary luxury. When testing diner's preferences for soft or hard shell lobster meat, Serious Eats' own Kenji Lopez-Alt reported that one pound of soft shell Maine lobster will set you back $35.71 and $50 for hard shell. Unsurprisingly, Maine lobster rarely finds its way into home kitchens outside of New England.

And these aren't the lowest prices. In July of 2012, one landing in Stonington, Maine, paid $1.35/lb. after a historic low brought on by soft shell glut. (This number doesn't take into consideration the 70-cent dividend lobstermen receive later in the year from dealers. See here; Port Clyde Lobster provides 50-cent dividends to docking fishermen.)

"Licensing restrictions combined with Maine lobster's below normal market value make it harder than ever to sustain a living, even after hauling record numbers each day."

As these numbers suggest, fifth-generation lobstermen like Thompson may be part of a dying population. At a Rockland meeting in July, Department of Marine Resources (DMR) Commission Patrick Keliher lamented that recent changes to licensing laws resulted in a "lost" generation of fishermen in 2012, where only five percent of student licenses were converted to full-time. Many fishermen are worried. Licensing restrictions combined with Maine lobster's below normal market value make it harder than ever to sustain a living, even after hauling record numbers each day. The New York Times reported that lobsterman Tim Eaton's own personal best—a record haul of 2,028 pounds—brought in just short of $4,000 last summer at these basement prices. After the cost of bait, fuel, stern men, and boat payments, Eaton was simply breaking even.

Next week, we'll look in to the physical realities of working on a lobster boat, and pick up some essential tips for making use of Maine lobsters. 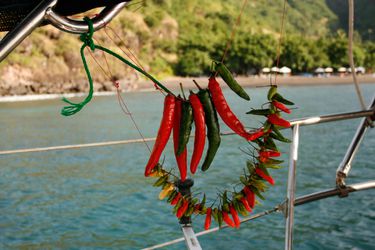