When I was in grade school, my family did the same thing every Sunday: My mother and two brothers and I went to church; my father stayed behind to do who knows what; and afterward, we'd meet at my grandparents' apartment for lunch. My father's three brothers and their families were usually there, too. At this meal, and before and after it, all the kids drank Coca-Cola.

Coke was a fixture in my grandmother's refrigerator, as much a staple as the foil-covered trays of lamb kufta and stuffed grape leaves and baklava that she made from scratch when she wasn't working at the shoe factory in downtown Lawrence, Massachusetts. She bought six-packs of 10-ounce glass bottles in quantity every week. We lived two blocks away from her, and our arrival routine went like clockwork. My brothers and I would burst through the back door, hug Grandma and Grandpa (they called each of us hokis, Armenian for "dear one"), then barrel past them to grab our Cokes from the fridge and raid the pantry's candy drawer, which held full-size Hershey bars and long strips of button candy, each row a different color. Then we'd retreat to our playroom, a converted bedroom with a sofa and a stereo, to swig our Cokes and scarf down the candy and in general get up to no good before lunch was served. The kids ate together at a folding table in the playroom, while the adults sat down to a separate meal in the kitchen.

It almost goes without saying that this took place in the 1970s.

After lunch, while my brothers and cousins played Star Wars or indoor football, I'd grab another Coke and wander into the living room to listen to my father and uncles complain about how shitty the Red Sox or the Patriots were. (See above re: 1970s.) Eventually I'd make my way to the kitchen table, sometimes with a third Coke, where my mother and grandmother and aunts made small talk while they smoked and drank coffee. Often I sat at my grandmother's feet while she washed pots and pans or warmed up the after-lunch course. The Sunday meal is an all-day affair for Armenians.

No one was paying much attention to me, but there was no place where I felt more loved or safe. My parents' affections were inconsistent, their moods unpredictable, and, in those years, money was scarce. But at Grandma's, there were always hugs and kisses, copious amounts of food, and as much Coke as I wanted.

They're a little fuzzy on the details, but my parents agree on the first time I drank Coke. My grandmother gave it to me in a baby bottle to soothe my stomach when I had motion sickness during a short airplane trip, or maybe a car ride. I was about two years old. Through today's eyes, of course, using soda (we called it "tonic") as toddler medicine seems stupid and reckless, like letting an infant ride in a minivan without a car seat. But to my grandmother, who drank a lot of it herself, Coke was an all-purpose palliative for headache, indigestion, and other minor complaints.

Plus, it tasted great. What other beverage offers its combination of spicy-tangy sweetness, extreme acidity, and brisk carbonation? There was no talk of umami or bold flavor profiles back then, but Coke was like a sledgehammer to my young palate, and, since it was offered alongside my grandmother's uncomplicated and doting affection, drinking it formed the most potent sense memory of my childhood. To this day, it's still the thing I crave most when I'm very happy, very sad, or very anxious.

(I feel the need to clarify that I'm talking only about original Coke here. Not Diet Coke, which tastes like pennies dissolved in acid rain. Not Cherry Coke or Vanilla Coke, which are way too sweet. Never New Coke, that flash-in-the-pan poser. Pepsi? Don't even get me started.)

A frequent scenario: I'm waiting for my mother to pick me up from the YMCA after gymnastics or swim lessons. With hair plastered to my head by sweat or pool water, I dig 35¢ out of my pocket and plunk the coins into a vending machine next to the front desk in the lobby. It discharges my reward, a 16-ounce Coke so cold that condensation forms on the outside of the glass bottle as soon as it hits room-temperature air. I pry off the top with the machine's built-in opener. As I look out the front door and sip my Coke, I try to pace myself so that I'm finishing the last drops when I spot her car one block away. This gives me just enough time to place the empty bottle in the wooden return rack and then run outside to climb into the backseat. But my mother is often late, so it's tough to get the timing right, and she's often distant or seems angry about something I don't understand, though I'm sure it's my fault. The Coke prepares me for this.

In sixth grade, I developed a new Sunday routine. My mother would drop me off at Roll On America, a rink where I could roller-skate from noon until 6 p.m. She gave me an extra dollar to buy a popcorn and a couple of Cokes. I skated the entire time, sitting down only to take my 15-minute Coke break every two hours, like a shift worker. (Usually, I saved the popcorn for the second break.) I saw lots of kids I knew from school, but I was painfully shy and never talked to them. When the DJ dimmed the lights and announced "couples only," I watched in fascination as girls in my class paired up with boys I'd never seen before, holding hands and circling the rink to a slow song by Foreigner or Ambrosia. I wondered how they knew each other, what else they did together.

In high school, my friends and I gathered at places like Friendly's or Denny's or the strip-mall Chinese restaurant, all of which served Coke with crushed ice in those brownish-yellow plastic diner cups. We were innocent like that, Catholic school kids. It wasn't until college that I had my first taste of alcohol: Southern Comfort and Coke. I wasn't so sure I liked it, but I played along, holding my red plastic Solo cup at a dorm party, like all the other freshmen. Eventually I made friends and moved on to other spirits, but I still prefer beverages with bubbles: beer, Champagne, mixed drinks made with tonic water or club soda.

During my last semester of college, my mother called to tell me she was leaving my father. It wasn't the first time she'd threatened to divorce him, but it turned out to be the time it finally stuck. After I hung up with her, I drank Coke from the fridge I shared with two housemates. It was so cold that ice crystals had formed in the liquid, turning it sludgy. I crunched them between my molars, feeling them fuse into little pebbles of ice. The sugar rush made my gums tingle. Final exams and graduation were a few weeks away, so I couldn't let myself cry much about this news. There was no point. It wasn't my marriage, their breakup was overdue, and I was an adult now. I had landed a full-time job in Florida and would be long gone when she moved out of the house they'd recently built. I'd be okay; I was okay.

I wasn't okay. Not for a long time. But Coke numbed me through the initial shock.

By my mid-20s, soda had lost some of its appeal. I was drinking microbrews and wine instead, and Coke seemed like a waste of calories. I drank it less and less, though I still craved it, especially in times of duress. On the flip side, when I was happily pregnant many years later, I'd have bear-hugged my OB/GYN had she told me I could have a can of Coke every day. I drank one or two while my son was in utero and haven't stopped feeling guilty since. I'm pretty sure I drank one on the day he was born, while I pounded down a huge spread of sushi that a friend brought to the hospital.

Now, in middle age, my palate has skewed even further from sweet foods and toward savory ones. Coke straddles this divide perfectly, but even though I think about it nearly every day, I rarely indulge my habit anymore. Partly it's for health reasons, since who knows what special hell "caramel color" has wreaked on my body already, and partly it's lack of availability, since I work from home and no longer have easy access to a vending machine. Plus, my five-year-old loves nearly every food he's ever tried. The last thing he needs is his mother's affinity for a caffeinated soft drink with mystery ingredients.

Still, I'd been thinking about when to let him drink Coke for the first time. As it happened, the opportunity presented itself last month. He'd just gotten out of surgery for ear tubes, and I'd promised to take him to our favorite diner for pancakes. We were leaving the hospital's parking lot when the news broke that Prince had died. My favorite morning DJ cried as he cued up "Raspberry Beret"—my favorite song from my favorite artist of my youth.

I started sobbing. There's something about a beloved celebrity's death that activates deeper hurts, especially ones you live with day to day. My son, a sunny, adorable, and chatty kindergartner, has some subtle and hard-to-crack learning challenges that don't neatly fit a diagnosis; I've spent countless hours finding him the right support at school. The ear surgery was minor, but held promise for improving things significantly, and it was the culmination of two years' worth of doctor's visits, tests, and evaluations, capped with a discovery that he's probably been having symptomless ear infections for years. None of these problems have been life-threatening or catastrophic, but putting on a brave face through the steady drip-drip-drip of concerns had exacted a huge toll on me. It was the biggest "Goddammit, I need a fucking Coke" moment of my life—and I made a game-time decision that I'd let my son try it that morning.

I placed our order at the diner, and when the server brought our drinks, I slid the tall plastic cup in front of him. "Try this," I said. He took a cautious sip, held it in his mouth for a moment, and promptly spat it out. After cycling through an impressive range of repulsed facial expressions, he spoke up. "Mom. That was gross."

Okay, so maybe he and I would never nurse our wounds together over Cokes. In so many ways, he's nothing like me, and our differences have been a source of delight and sadness, relief and exasperation. But as differences go, this one felt satisfying; he knew he was loved and safe. He went back to his blueberry pancakes and eggs, happily coloring his paper placemat between bites, and I went back to my omelette and Coke. We were together. We both had what we needed. 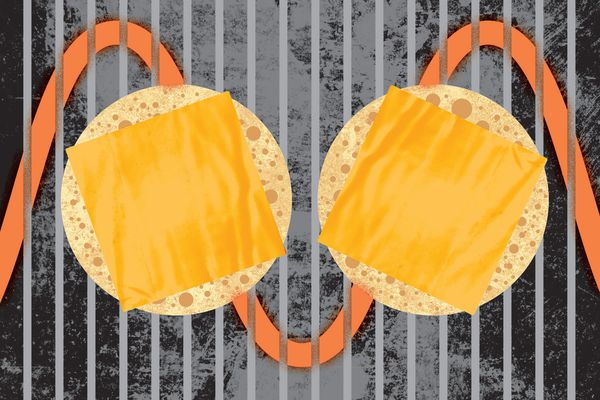 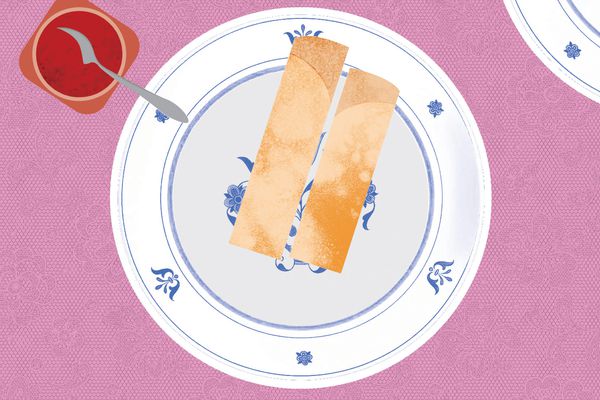 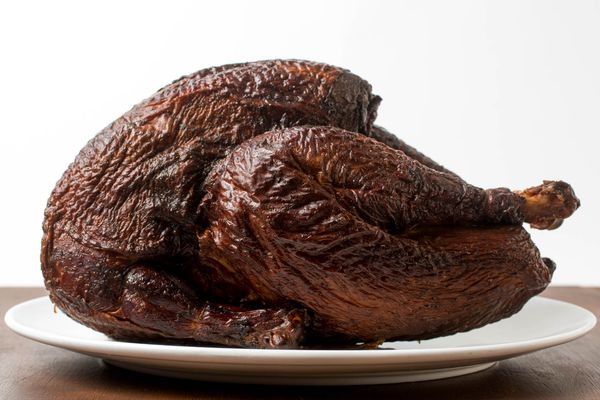 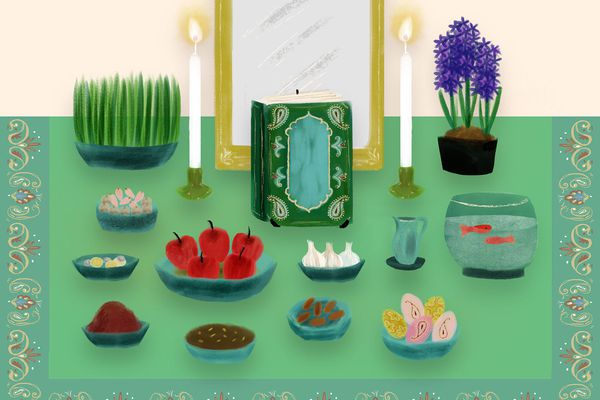