Cast your memory back to grade-school history: Chances are that in between making tricorn hats out of construction paper and learning about George Washington's heroics, you weren't taught that John Adams began each day with a tankard of cider, that the Mayflower was loaded with barrels of beer, or that after the war, Washington traded his sword for a whiskey still.

That's because traditional histories don't usually mention that our colonial forefathers (and mothers) swam in a sea of booze from breakfast till bedtime. Whether they were working, writing, selling goods, getting married, or even fighting, early Americans were often tipsy—their incessant drinking a cultural extension of Old World beliefs that fermented beverages were safer than water. The colonial-era day didn't begin until after a dram of bitters or stiffener of beer. By the time the Revolutionary War began, the adults of the thirteen colonies drank an impressive amount of alcohol—the equivalent of several shots every day.

Due to their lust for drink, early Americans came up with a baffling variety of proto-cocktails from their slim culinary arsenal of rum, cider, ale, cream, sugar, molasses, eggs, spices and citrus. Some of the drinks they consumed—such as shrubs and hard cider—are again on the ascendance behind the bar; others, such as Whistle-Belly Vengeance (bits of stale bread dropped into warm, sour beer, then sweetened with molasses) might deserve to stay lost to history.

These five lesser-known colonial-era drinks are simple and sometimes weird—but in their crudeness, they offer a sensory connection to the hardscrabble days and riotous nights before America became itself.

Once flip appeared in taverns in the 1690s, it would capture the colonial hearts and livers for a century to come. A blend of beer, rum, molasses (or dried pumpkin), and eggs or cream, flip was usually mixed in a pitcher and then whipped into a froth by plunging a hot fire poker (called a flip-dog) into its midst. The tavern keeper would then decant the singed creation into ceramic mugs or featherlight flip glasses.

The composition of flip varied from tavern to tavern, and sometimes so did its name—from Bellow-Stop and Hotch-Pot to Yard of Flannel and Crambambull. The most vaunted flips were rendered velvety by pouring the drink several times between two pitchers until well-blended.

To make a basic colonial-style flip, fill a pitcher with two beaten eggs, two ounces of rum and a tablespoon of superfine sugar (or molasses) and beat to combine. In a saucepan, heat eight to 10 ounces of brown ale over a low flame until it begins to steam. Slowly pour the warm beer into the rum-egg mixture, then pour the drink back and forth between vessels until blended. Decant into a pint glass, shave some nutmeg over the top, and serve—it's sort of like drinking liquified earth, but it has its charms.

Colonel Ethan Allen certainly didn't require liquid courage, but a few nights before he and the Green Mountain Boys raided Fort Ticonderoga, that's just what he sought. This drink was a popular, bracing blend of hard cider and rum, and Allen and his men downed plenty of them in the days before their pre-dawn raid of May 1775.

Though Allen and his crew usually hung their caps 47 miles south at Bennington, Vermont's Catamount Tavern, their local in the days before the raid was Remington's Tavern in Castleton; its room must have roared with testosterone as 80+ armed ruffians drank in its chambers.

Want to drink like they did? It's easy. Drop two ounces of dark rum in a glass, then top with hard cider—preferably one with a touch of residual sweetness. For a modern touch, garnish with a lemon twist.

When combined with eggs or cream, alcohol's supposed nutritive powers were thought to multiply—which might explain the overwhelming popularity of posset, a blend of ale, cream and spices that was often swilled at weddings.

A syllabub is a sibling to posset, but uses wine or cider as its base and gains visual drama from the cloudlike egg whites that are spooned on top. Want to try it? In a measuring cup, combine five ounces of inexpensive floral white wine (these days, try Torrontes) with two or three ounces of cream, a spoonful of sugar, and the juice of half a lemon. (In lieu of sugar, a nontraditional tablespoon of maple syrup can add sweetness). Stir to combine. In a separate bowl, beat two egg whites with a dash of sugar until somewhere between frothy and peaked. Decant wine mixture into a favorite glass, spoon over thickened egg whites, and shave over some nutmeg. The flavors are akin to lemon ricotta cheese.

Colonial drinkers didn't bother chasing their shots with beer—they simply imbibed them together. Flip was one example of this—and Rattle-Skull was another. Though the term was English slang for a chatty person, the name of the drink was probably more descriptive of what one could do to your brain.

On its surface, this blend of dark beer, rum, lime juice, and nutmeg doesn't seem to differ much from the other rum-based drinks of the day. Yet it packed a wallop from its proportions: three to four ounces of hard liquor (usually an equal split between rum and brandy) are dropped into a pint of strong porter, tarted up with the juice of half a lime and then showered with shaved nutmeg. This bad-ass drink is a dangerously smooth and stultifying concoction.

Sangaree was the colonial-era precursor of sangria, the Spanish wine-based drink. Though six versions of sangaree would appear in Jerry Thomas' Bar-Tenders' Guide of 1862, the drink's roots stretched further back: Sangaree supposedly originated in London in the mid-1700s, long before the term "cocktail" was in use. Sangaree became popular in the West Indies and later, the colonies.

Instead of Rioja or some other Spanish red, this wine-based punch drew on fortified wine such as Madeira or port. Combined with lemon juice, sugar, and nutmeg, it was served singly in its own glass, rather than from a communal bowl. Using fortified wine lends the drink a slightly more brooding quality than sangria. 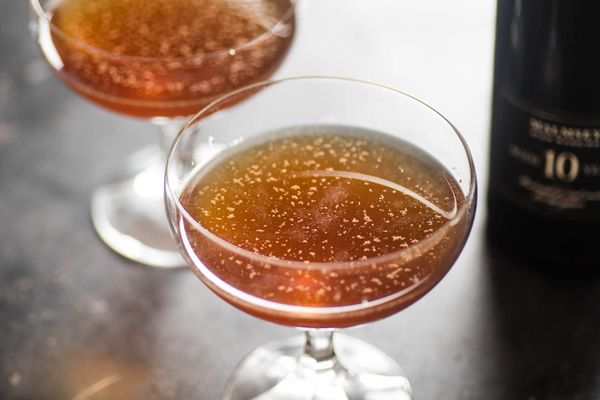 16 Cocktails to Sip All Winter Long 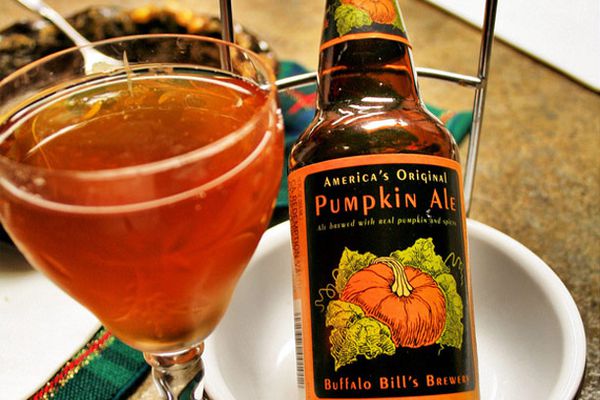 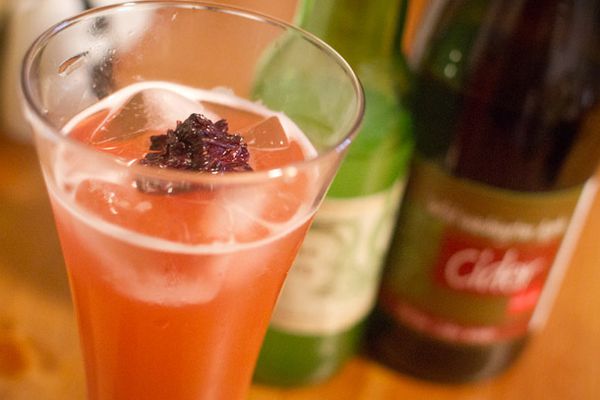 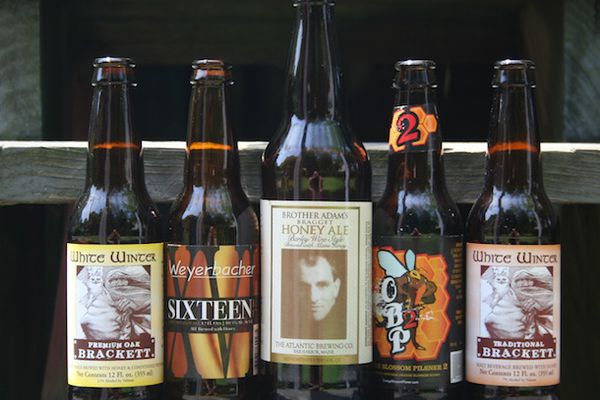