The long history of coffee features woefully few prominent women, but those who do stand out do so in spades. One of the toughest cookies in the caffeinated timeline remains an inspiration to female business owners today: Alice Foote MacDougall, a grounds-up entrepreneur and coffeehouse owner who epitomized success in hard-scrabble early 20th century New York.

In her 1928 book, The Autobiography of a Business Woman, Foote MacDougall recounts the trials and triumphs of her life as a daughter, wife, mother, and, above all else, impressive businesswoman who built a small commercial empire from practically nothing. Full of pithy little life lessons ("When cream and sugar both are added, it may be called a delicious beverage but scarcely coffee"), as well as practical advice for anyone interested in pursuing the coffee business, the autobiography is a quick, inspiring, delightful read. It's evocative of both an era and a personality that have hardly been matched since.

Though she was born into means as a member of the New York gentry (one of her great grandfathers had been a mayor), Foote MacDougall saw her family fall on hard times when she was a teenager; her father slipped from one failed get-rich-quick scheme to another, eventually draining the family fortune. Desperate to escape the downward spiral, at age 20 she married Allan MacDougall: a huckster businessman 14 years her senior, who she wrote lead her "slowly, painfully, through the dark mazes of dreadful disillusionment." (Talk about your happy marriages.)

With an empty purse, a broken marriage, and three small mouths to feed, Foote MacDougall did the then-unthinkable and went into business for herself. With $38 in capital and no training in any skill, she followed a vague trail into the coffee business on a whiff of the small-batch blend roasting her husband would do for the family's personal use. (In those days, many people still roasted their own beans rather than buy more expensive pre-roasted stuff from a local grocer.) She connived her husband to reveal his recipe and started re-creating it—the #2 Special, she called it—to sell directly to consumers.

"I chose coffee because it was a clean and self-respecting business," Foote MacDougall wrote. "No friend, however much he might love me, would buy or drink bad coffee." (I wish all my friends were like that.) Within a week of starting, she sent 500 letters to everyone whose address she could think of, practically begging them to buy their coffee from her. Five- and ten-pound orders trickled in, and she was off to the caffeinated races.

Long days spent tasting, purchasing, blending, and even delivering coffee might exhaust anyone, but Foote MacDougall was a classic tough cookie. "In spite of the dismal croaking of the coffee men I was still there," she wrote. She grew to be a confident, brassy saleswoman with a winking sense of humor, and describes an instance where a potential customer challenged her to sell him something he wasn't already buying from her. She suggests cocoa, to which he responded, "What do you know about it?" Her quick-witted answer was: "Nothing at all, but...you will not need any till June, and by that time I will know all that is necessary."

By the second decade of the 20th century, Foote MacDougall realized that the money she spent on advertising ("between two and three thousand dollars a year") would be better pumped into a showcase for her product, and in December of 1919 she opened the Little Coffee Shop in Grand Central Station with her sons, Allan and Donald. At first, the store did little business: Foote MacDougall used it primarily to sell beans, and they didn't exactly fly off the shelves. But she wasn't one to take it lying down: "I simply don't believe in failure," she wrote. "In itself, it doesn't exist. We create it. We make ourselves fail." Bootstraps sufficiently pulled, she revamped the spot into a café, with a "huge electric percolator" and silk curtains, adding waffles in a stroke of genius—the thing that would drive her to relative superstardom.

On the wealth of waffles, Foote MacDougall opened another shop on 43rd Street in Manhattan, followed by locations on 46th and 47th Streets, and a "million dollar business" was born. (She also wrote a cookbook, Coffee and Waffles in 1926.) Dedicated to quality, service, and maintaining a welcoming environment in the wake of the horrors of WWI, Foote MacDougall expanded her empire from a three-employee situation in 1918 (those three employees being herself and her sons) to a staff of 700 by 1927.

Though in the end, MacDougall discouraged women from entering business ("Don't," is her simple and powerful advice), she did stand as a towering icon in the early days of suffrage, the postwar American dream, and, until the Great Depression forced her to close most of her ventures, a true champion of New York's coffee and coffee houses.

"There is romance in coffee," Foote MacDougall wrote. "It comes from the ends of the earth, and goes to the far corners of man's habitation...Coffee [is] necessary—more so perhaps in bad times than in good, but always a comforting and delicious drink." Amen, sister.

So raise a mug and toast one of the patron saints of your local café the next time you're there. To Alice! 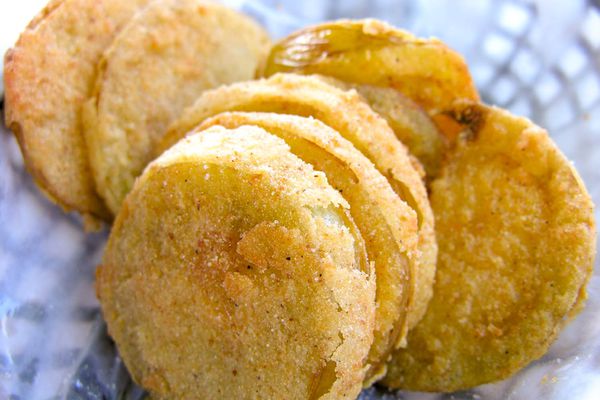