A sweet, florescent lump that bobs in a jar full of syrup in some forgotten corner of your fridge. You might think they're evil, or you might think they're wonderful. Some love them, some hate them; the consensus by a nose seems to be, though, that people loved them as kids but hate them now, and that's an opinion I'll admit to sharing.

As a kid, I couldn't get enough of them. Now, I can't even imagine having a jar in my house.

What are these things? As Paul points out, the original maraschino cherry was simply a Maraska cherry that's been preserved in maraschino liqueur. Various European regions have a history of preserving fruit in liquors and liqueurs; the maraschino cherry is simply an Italian adaptation of that idea.

Over time, beginning in the late 1800s and continuing up until Prohibition, bar owners and commercial producers began to tinker with the basic recipe of cherries in maraschino. Other boozes were substituted; easier-to-find (and cheaper) cherries were swapped in. Eventually, food scientists came up with a way to both brine and bleach the cherry using a single solution. The brine helped to preserve and firm up the fruit, and the bleaching allowed manufacturers to color the poor cherry in any available hue.

The process of eliminating the liqueur from the recipe began well before Prohibition, probably as a cost-saving measure, but once the Great Experiment started, the use of liqueur was doomed, and the DayGlo orbs took over.

Today, we're lucky enough to have other options available: Luxardo, for example, makes a spectacular maraschino cherry, a true example of the original. Other people swear by the product by Toschi Amarena, although I've never tried them.

But cocktail cherries are easy to make at home, and you might find that it's fun to tinker with the recipe, adjusting it to your tastes and needs. The technique is simple:

You can use this technique as a template for many different variations. First, think about how you'll be using the cherries. Last week, when I described how I make cocktail onions, I mentioned selecting herbs that complement the flavors in a Gibson, by echoing the botanical flavors in gin.

You can take a similar approach when making cherries. If, for example, you'll be using them in a Manhattan, think not about the base spirit this time (bourbon and rye don't have botanical flavors in the way that gin does), but about the vermouth or the bitters. Many cocktail cherry recipes call for cinnamon or cloves. As it turns out, cinnamon and cloves are common ingredients in cocktail bitters, whether commercial or homemade.

As for booze, you have options there, too. You can use maraschino liqueur, as the original recipe did. Or you can substitute brandy (grape, apple, cherry, or whatever makes you happy), rum, or a combination of liqueurs and spirits. 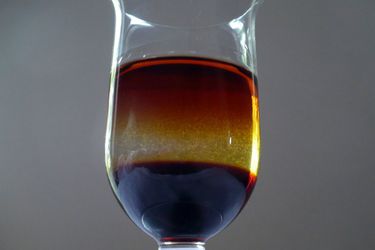 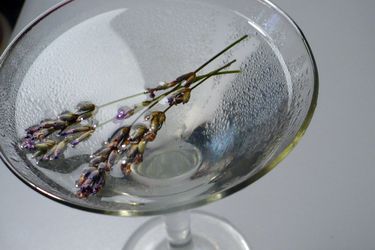 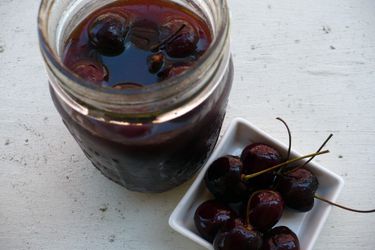