Usually a bright piece of fruit, or a briny olive, or a festive umbrella, but sometimes something much more fancy, the cocktail garnish has a solid place in the history of cocktails. Today, we'll look at what garnishes are and how to get started using them to good effect.

A cocktail garnish is an ornamental item that adds appeal to a cocktail. In case of fruit wedges, slices, or twists, the garnish actually imbues a bit of juice or citrus oil to the drink. Likewise, an olive or onion in a Martini or Gibson lends a whisper of savory flavor to those drinks. And of course, there's the bright red (or green) cherries common to drinks such as the Manhattan. These add sweetness and color to an otherwise drab-looking brown drink. Other common edible garnishes include gratings of nutmeg or cinnamon, sprigs of mint or other herbs, and the smorgasbord of salty or pickled items (often added to a Bloody Mary.)

Not all garnishes, of course, are food items. Umbrellas, plastic animals, fancy straws, and plastic swords are among the incredible inedibles that serve as garnishes. And in fact, one tale of the origin of the word cocktail comes from such a garnish: the story goes that during the Revolutionary War, folks would garnish mixed drinks with feathers from the tail of a rooster, or a cock's tail. (Incidentally, while this story is colorful, it's almost certainly apocryphal, so if you want to tell it to your friends, just know it's probably bullshit.) Today we'll mostly be focusing on edible garnishes, though.

As with many other things in the history of cocktails, it's hard to pin down the origins of the garnish. It's possible that the garnish originated in the julep and the cobbler, two similar classes of mixed drinks that arose a couple of hundred years ago. The general plan for these drinks is similar: each calls for crushed or shaved ice, a spirit or wine, and a bit of sugar, with the whole mess served with a straw. The julep, of course, is garnished nowadays with mint; the cobbler, on the other hand, usually takes a slice of fruit (pineapple or orange), a pile of berries, and sometimes mint.

At any rate, the earliest bartenders manual that hasn't been lost to history is Jerry Thomas's, from 1862. In his book, Thomas instructs bartenders to use a piece of lemon peel in drinks and to even rub the peel around the rim, at times, presumably to leave behind of a bit of the oils. He doesn't comment on the origins of the practice, so we can assume it was in common use at the time when he was writing.

One of the easiest, most common garnishes for cocktials is the twist. I've written about the twist before—how to cut an ideal twist, how to set its oils alight and how to make fancier twists. No matter what type of twist you use, though, the basic idea remains the same. A twist is a tool for expressing citrus oil into a drink. Squeeze the peel over the surface of the cocktail, rub the colored side (not the white pith) around the rim of the glass, and either drop the peel into the glass or discard. Your call.

Mint isn't much harder to work with than twists are. The main thing with mint is to have a light hand, especially when muddling. When you garnish the top of the glass, use a fresh bunch of sprigs (don't be miserly, and don't reuse the stuff you muddled), and be sure to sharply spank the mint to release its aromas. Yes, I said spank.

Olives and onions are classic bar staples used to add a savory quality to a drink. The history of these garnishes is, again, hard to pin down. Don't laugh at the booze historians, though, please. I'm sure you've forgotten things that happened while you were drinking, and what else is cocktail history but a record of things that happened in bars?

Stories abound about the history of the Gibson, nearly all of them told by a man named Gibson who claimed to invent the cocktail. I think the only Gibsons who haven't claimed to invent it are the science-fiction author, the newsman, and the actor.

Regardless of who invented the idea of tossing an onion or olive into a cocktail, I must say it's a delicious one. I prefer my olives unstuffed, or simply studded with pimento.

Sad to say, fully DIY olives are a bit of a chore for home bartenders; you need a source of fresh olives and ample time in which to cure them. I live in Brooklyn and have a toddler, so I have neither source nor time.

DIY cocktail onions, though? Oh yes, so easy and so worth it. One major advantage of doing it yourself is being able to season them as you please.

Or borrow the Hemingway trick and just use plain frozen onions in your drink. They'll still impart a bit of flavor, but they'll also help keep your Gibson icy.

The use of cherries in cocktails dates to the 1800s. Originally, the maraschino cherry wasn't the neon red thing you see in jars in the grocery store. Maraschino cherries, initially, were simply marasca cherries from Croatia, preserved whole in maraschino liqueur. But marasca cherries from Croatia needed to be imported from, well, Croatia, and this was expensive, so manufacturers started making them here, swapping in native cherries and liqueurs other than maraschino. By the time of Prohibition, the liqueurs were left out entirely, and the cherries were chemically dyed and preserved.

You can buy artisanal cherries from several producers (the pricey Luxardo ones are delicious) or you can make your own at home, which is more fun because you get to buy brandy.

Finally, a Word of Advice

When you're at home, you can do what you want to with your own garnishes. If you get crazy one night and just eat every last cherry out of your fridge, that's your waistline, not mine. But please, please, please, when you're out at a bar, don't ever pick garnishes out of the bartender's supplies. Seriously. 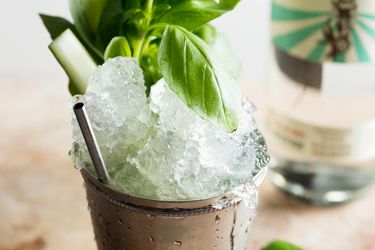 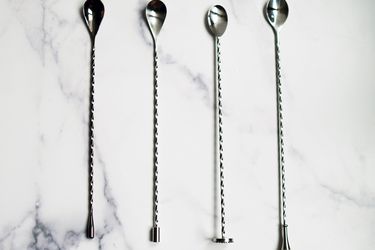 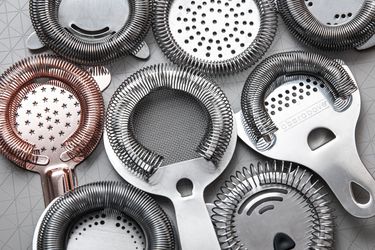