Many new bars these days have a 'low proof' section of the menu, featuring cocktails that aren't spiked with whiskey, gin, rum, or other strong spirits. Instead, these drinks feature aromatized wine, vermouth, amari, and sometimes liqueurs, offering flavor without too much of a boozy punch. As trendy as these drinks may be, they're not new. The Chrysanthemum, for example, is a concoction dating back before Prohibition. It's made with dry vermouth and herbal, honeyed Benedictine, flavored with a touch of anisey absinthe.

The drink was once credited to Harry Craddock's 1930 Savoy Cocktail Book, but was actually published in Hugo Ensslin's 1916 Recipes for Mixed Drinks. While Ensslin provides no history on the drink, the Savoy mentions that Chrysanthemum was "well-known and very popular in the American Bar of the S.S. 'Europa.'"

In case you're curious (I know I was), the S.S. Europa was a German cruise liner built in the late 1920s. It took its maiden voyage to New York in March of 1930.

Sea travel was all the rage in the Twenties and Thirties, and at the time, the Europa was one of the fastest ships to traverse the Atlantic, making the journey in just under 5 days. It probably seemed especially appealing to wealthy Americans during Prohibition—the ship offered a chance to ditch their 'dry' country for a quick trip to Europe, and they could enjoy a Chrysanthemum or two on the way.

Dry vermouth is the star of this drink. Ensslin's recipe called for equal parts dry vermouth and Benedictine, but the result is much too sweet for modern tastes. I'd recommend going with something closer to Craddock's recipe in the Savoy, which is 2:1 dry vermouth to Benedictine. As for the absinthe, if you don't feel like doing the 3 dashes called for in these recipes, 1⁄4 ounce fits the bill nicely.

The drink is all about balance. While smallest in quantity, the absinthe plays a major role, providing a delicate anisey flavor to tie into the herbal notes of the Benedictine and vermouth. The vermouth, which makes up the bulk of the drink, serves as a buffer between the two stronger and sweeter ingredients. I don't need to remind you to use a fresh bottle and store your vermouth in the fridge, right? Right.

The simple combination is surprisingly delicious. To start with, it smells really good, with hints of citrus, herbs, and anise. The cocktail comes on light, dry, and herbal and ends a little sweet and very smooth, with a lingering honey and mild fennel flavor. Have another, it's not too strong.

Get the Recipe: Chrysanthemum

This variation, called the Dandelion, is a little lighter than its inspiration, and a little more bitter. Instead of using Benedictine, I subbed in a mixture of Yellow and Green Chartreuse. Rather than the absinthe, I added anise flavor to the drink with Malört, a Swedish liqueur (super popular in Chicago) made with wormwood and other botanicals.

Malört tastes a bit like the love child of absinthe and an amaro, with more bitter and herbal flavors. In large doses, it's definitely an acquired taste, but mixing with small amounts of a powerfully flavorful ingredient is fun. Vya Extra Dry vermouth from California adds even more herbal complexity and tones down the sweeter ingredients a bit.

The Dandelion reminds me of fresh citrus and green grass, with honey and anise cut by a touch of bitterness. It finishes light and smooth.

Get the Recipe: Dandelion 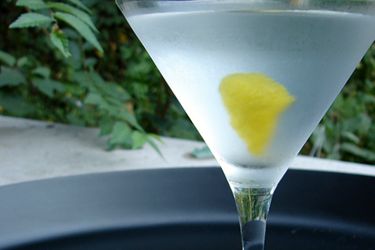 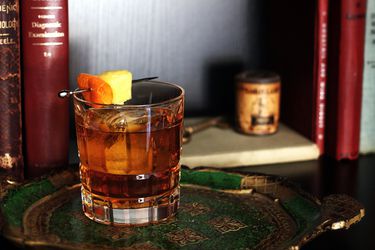 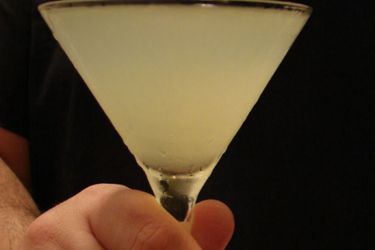 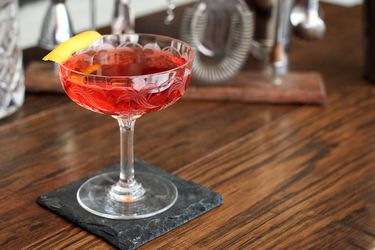