Based in New York, Christopher Stephens is a former intern at Serious Eats who wrote about pizza as well as the best rum to use for fruitcake. He loves to bake—pies, for the most part—and was on Jeopardy, once. 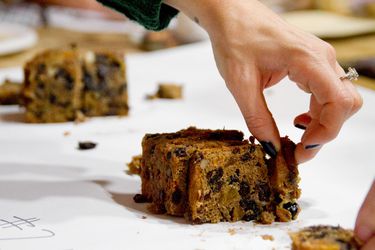