Rugelach are an irresistible, classic Jewish cookie which originated in Eastern Europe. Rich without being too rich, rugelach are a cross between a pastry and a cookie: flaky-crisp like a rich pie dough on the outside, and tender and buttery on the inside. Pronouncing rugelach correctly can be tricky, so don't feel bad if you have a hard time. I always fall back on the safe version of "ruh-ge-lah". I've never been able to get that scratchy throat "ach" ending (or too shy to do it anyway).

The word "rugelach" refers to the Yiddish word for royal, and/or to the cookie's shape. According to the article A Tale of Two Treats by Joan Nathan, "Rug" means spiral or crescent shaped in Russian, Ukrainian, and Polish. While traditional rugelach are filled and then rolled up like a miniature croissant, they can also be filled, rolled into a log, and cut into nuggets. Original versions of rugelach are either yeast risen or contain sour cream, not cream cheese (who knew?). It was Americans who introduced rich, thick cream cheese into the dough after its invention in New York, thus transforming rugelach into the cookie that Americans know today.

Since the fat and tanginess of cream cheese makes for a mighty flavorful dough (I seriously couldn't stop snacking on it), I was no way going to mess with American tradition. I did consider making a chocolate dough, but decided that the simple cream cheese dough was rich enough. The plain dough also contrasts nicely with the filling. Rugelach come with an array of stuffings: smears of raspberry, cinnamon, walnut-raisin, and apricot. But, being the chocoholic that I am, could I do anything other than a chocolate filling? A simple mixture of finely chopped chocolate mixed with a little cocoa powder and sugar made the cut.

Now let's get back to the classic rugelach shape. To achieve perfect croissant spirals takes patience and skill. I made my first batch this way: rolling the dough into 4 circles, spreading the filling over them, cutting wedges, then rolling up each piece. Even as a pastry maven, it was a nightmare for me to get equally sized and shaped rugelach crescents. In addition, the filling tended to leak out of the spiral. Oy vey!

Save yourself undue chagrin by making rugelach the log-roll way. Simply roll out strips of dough, fill it, roll it up like a rug, then slice it into 1-inch, bite-sized pieces. This technique is also the way to go if you choose to make and freeze your rugelach dough ahead of time. These homemade rugelach are better than any bakery and easier than pie. The only thing you'll have to worry about is saving yourself from popping down the entire batch.

About the Author: Yvonne Ruperti is a food writer, recipe developer, former bakery owner, and author of The Complete Idiot's Guide To Easy Artisan Bread. You can also watch her culinary stylings on the America's Test Kitchen television show. She presently lives in Singapore and is currently at work constructing her new blog, http://shophousecook.com/ . 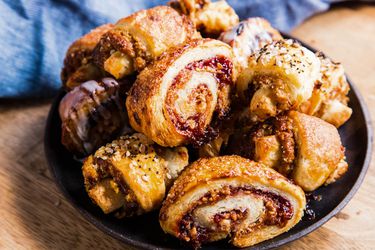 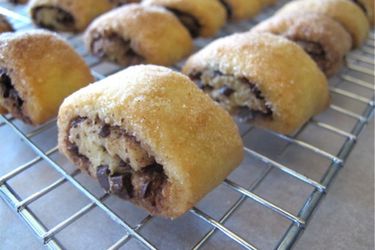 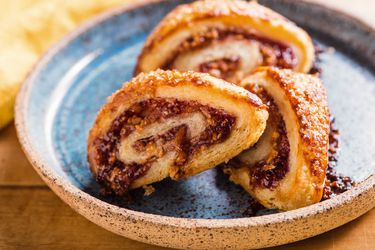 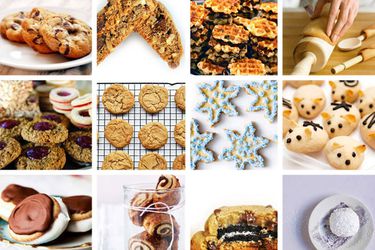 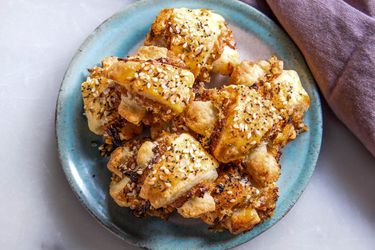 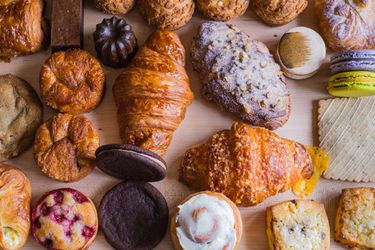